More than 10 years after Marine Sgt. Rafael Peralta was killed in action in Iraq, he is expected to be... 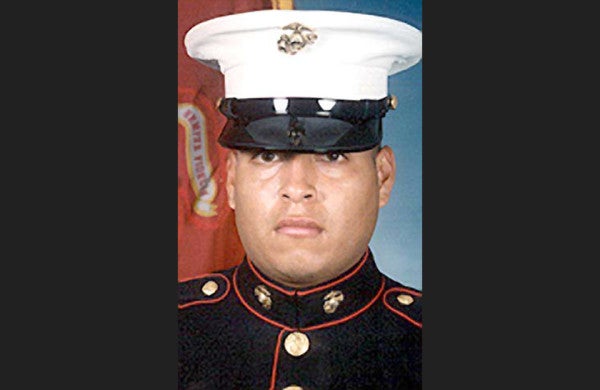 More than 10 years after Marine Sgt. Rafael Peralta was killed in action in Iraq, he is expected to be posthumously awarded the Navy Cross during a ceremony at Camp Pendleton, California.

Peralta died Nov. 15, 2004, during house-to-house fighting in the brutal Battle of Fallujah. Accounts of his death say that he saved several lives when he smothered a grenade in his dying moments, after being wounded in the head by a ricocheting rifle round.

Both the Navy and Marine Corps approved Peralta for the Medal of Honor, but it was ultimately denied by then-Defense Secretary Robert M. Gates after an investigation cast doubt on the events that day.

The conditions surrounding Peralta’s death have been the subject of heated debate for the last seven years. During this time, Peralta’s family refused to accept the Navy Cross, believing that he deserved the Medal of Honor for his actions on the day of his death.

“That decision does not mean that she was willing to settle,” said Rafael’s brother Ricardo of his mother, on his family’s decision to accept the Navy Cross. “It just means that she grew tired of it.”