An image posted to Reddit over the weekend shows the discontent some in the military's rank and file have with... 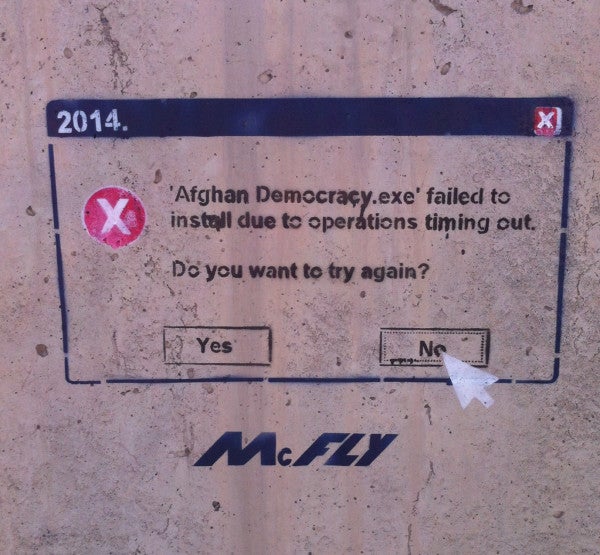 An image posted to Reddit over the weekend shows the discontent some in the military's rank and file have with the mission in Afghanistan, just months before the withdrawal:

Stencil art ls is common on larger outposts in Afghanistan, where troops express themselves with a little paint on the concrete barricades around the base. These are often funny and only occasionally critical. Having an example like this that is both is a rare treat.

Of course, there's no way to verify photos posted to Reddit. But after more than four years of “surge tactics” in Afghanistan, the gains that military leaders sought to duplicate from Iraq seem largely to have failed to take hold. With months before an at least partial withdrawal of combat and coalition forces. It does in fact look like the coalition has failed to install an effective democracy in Afghanistan, and many in academia and the press have been critical of the failure.