America Should Not Forget About The War In Afghanistan

America has lost interest in Afghanistan at precisely the most important transition point in that country’s recent history. It’s easy... 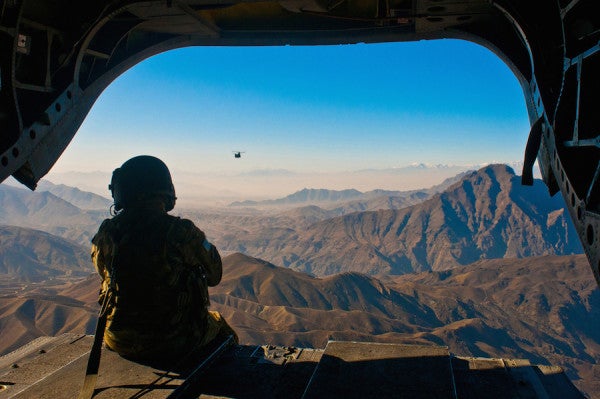 America has lost interest in Afghanistan at precisely the most important transition point in that country’s recent history. It’s easy to understand why this has happened. The long drumbeat of bad news, the increasingly fraught relationship with outgoing President Hamid Karzai, the lack of a clear, publicly supported Afghanistan strategy, and the rise of the Islamic State of Iraq and the Levant; all of these have played a role in our society’s indifference to news from Kabul. Unfortunately, this is an awful time for America to wash her hands of Afghanistan. As we contemplate our upcoming involvement in Iraq and Syria to defeat ISIL, we would do well to consider whether we are really finished with our work in Afghanistan, or if we aren’t embarking on another round of an eternal global war on terror-themed version of whack-a-mole fueled by our inability to follow through on our strategic plans.

The 2014 Afghan presidential elections were always going to be dicey, but the stakes were raised considerably when we failed to reach a bilateral security agreement with Karzai in 2013. His personal motivations for refusing to sign the agreement aside, this impasse dramatically worsened the short-term outlook of the Afghan economy. Until the recently announced power-sharing arrangement between Ashraf Ghani and Abdullah Abdullah, the crisis over the results of the 2014 Afghan presidential elections was heightening fears that the country could see a return of the factional disputes that led to civil war in the 1990s. Though many in the international community are breathing a sigh of relief that the elections crisis may be over, the new unity government in Kabul will face an uphill battle against a strong insurgency and a weakening economy as the world’s attention turns elsewhere. The historical analogy to the early 1990s is imprecise, but the danger of a return to chaos in Afghanistan is real and must be avoided at all costs.

What gives me hope about the situation is also what makes it so frustrating to see the level of American callousness to events in Afghanistan. We don’t need to turn Afghanistan into Switzerland. All that we really need to do to ensure that al Qaeda and other terrorist organizations are not able to operate in Afghanistan is help prevent a civil war and support the Afghan government as its economy begins to adjust after decades of relying on foreign aid for the bulk of revenue. These are not lofty goals, and are entirely within our grasp. What is less clear to most Americans is why we should still care. This is a question that I often find even more loudly voiced in veteran communities where almost everyone has a friend or comrade who was killed in Afghanistan. Why does it even matter what happens there now that Osama bin Laden is dead and the threat from groups elsewhere seems to be much greater?

I also lost people in Afghanistan, and I identify with the frustration, but here’s my considered response:

There is a great deal to hope for from Afghanistan if another bloodbath can be prevented. The progress will be slow, but today’s Afghan youth have had unprecedented educational opportunities and as they age, the country will undergo remarkable and rapid changes. Lest we be so easily convinced of our own powerlessness, it is important to remember that a lack of confidence about the future of American involvement has been partly responsible for the recent sharp economic downturn in Afghanistan. There will be an inevitable drop in the value of the Afghan currency as the level of foreign funding recedes, but the economy and workforce can adjust as long as these changes are not precipitous.

Aside from this, if you speak off the record with people in the international development community, many of them will tell you that a drop in the overall volume of funding may actually lead to more effective implementation in Afghanistan. One of the chief impediments to economic stability in Afghanistan is the terror that the United States and Europe will leave the Afghans to their own devices. If we could muster the political will to demonstrate that we are not planning to quietly abandon Afghanistan, that alone would go a long way to fixing the short-term economic issues that are currently fueling capital flight and political instability.

Finally, Congress recently approved funding for a mission to train and equip Syrian rebels as part of our effort to degrade and destroy ISIL. The militants of ISIL are media savvy, and have done an excellent job of producing the kind of propaganda that horrifies and captivates American television audiences that have long since lost the taste for news about the Taliban. But if you look carefully at the images of some of the foreign fighters who have apparently flocked to join ISIL’s flag (here, here, and here), you may notice something. Some of these fighters, several of whom allegedly joined ISIL after leaving their homes in the West, are wearing the “pakul” hat familiar to most American veterans of the Afghan war. This is a visceral reminder that even as attention shifts to Iraq and Syria, the Afghan experience is still the touchstone of modern extremist militancy in the region.

The recent debates in America over what could become of weapons that we provide to Syrian rebels are a sign that we might finally be learning some of the right lessons from our involvement in the war on terror, but as I think again about Afghanistan, I wonder how long we are prepared to hold our attention on ISIL, the Taliban, al Qaeda, or any other extremist organization that cannot be quickly eliminated. If we are not prepared to do some small things now to help keep Afghanistan from slipping into total chaos, then what will become of our efforts to restabilize Iraq or fund the Syrian rebels?