Iraq is on fire. Again. As usual we are offered many of the same approaches to put out the fire.... 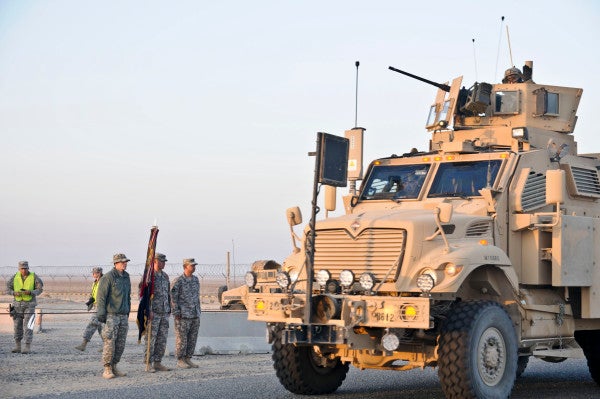 Iraq is on fire. Again. As usual we are offered many of the same approaches to put out the fire. Some voices seem to be animated by a sense of collective guilt: We broke it; therefore, we must try and fix it, through humanitarian measures. Their more hawkish counterparts continue to advocate for kinetic military measures as the default method for dealing with the violent instability that’s rampant across Iraq. What seems to be missing from the debate is an alternative framework that acknowledges the limits of America’s institutional capacity while drastically narrowing the scope of governmental responsibility towards the region at large, and Iraq in particular.

The proposition that more aggressive military action would fundamentally alter the trajectory of the situation on the ground is baffling given how often in the recent past we treaded down this path. Nearly nine years of fighting with a force that at one point topped 160,000 combat troops, and more than $2 trillion dollars spent (not counting the interest payments and long-term costs of taking care of veterans), did not resolve the fundamental problems facing Iraq. Why would a robust air campaign or a residual force of a few thousand produce a different outcome this time around?

The humanitarian engagement crowd argues that it’s our responsibility to put Iraq back together. Besides being a highly disputable premise, this line of reasoning leads one to ask: What could a government-led humanitarian strategy possibly achieve that could not be achieved when we were dumping billions of dollars into the country, had hundreds of thousands of American and coalition troops and civil servants in place, and a global civil society working desperately to rebuild the country? It seems that those who advocate for that approach are trying to have it both ways: calling for an intervention into a complex problem that requires a certain degree of violence to resolve (boots on the ground), while at the same time, rejecting those violent means.

Context is important. Consider that Iraq’s population hastripled since 1970 to its current level of 32 million, with 56% under the age of 25. Conservative estimates plot the unemployment rate at 15%. The oil sector provides more than 90% of government revenue and 80% of foreign exchange earnings. Outside of oil, there is not much else. No less than 30 political parties and coalitions (more if you count the numerous local, tribal, and minority parties) do a dismal job of representing this ballooning population. What little civil society has developed is immature and requires substantial support from foreign governments and non-government organizations. Put it all together and you have a society with an exploding population, legions of young people with no meaningful job prospects, little social capital, and a one-dimensional economy that is managed by a few well-connected oligarchs. Add to that an endless array of mutually hostile religions, sects, ethnicities, tribes, clans, social classes, and geographies. It’s not exactly a recipe for Pax Mesopotamia.

America’s technical prowess, in war and diplomacy is no match for Iraq’s social ailments; we must stop mistaking competence in the former for ability in the latter. When I was a soldier serving in Iraq, there was a name for this. It was called “Man on the Moon Syndrome.” It goes something like this: “Hey American, you can put a man on the moon, but you can’t fix a road here?”

Putting a man on the moon was, of course, a technical problem requiring a technical solution. We’re good at that. Fixing a road in the Middle East is actually a social problem. Those are not as simple to address. You have to identify and select the right contractor, work with a competent local government entity, provide security to keep insurgents from sabotaging the work, ensure the engineers are not taking short cuts as they are prone to do in these areas due to weak regulations, and minimize corruption, all while working in a country with a barely functioning government. Thus, you’re placed in the absurd position of explaining to a puzzled local how it’s probably easier for America to put a man on the moon than fix his road.

No, we cannot fix Iraq, nor is it our responsibility to fix Iraq, nor does every horrible thing that happens in Iraq translate to something truly detrimental to our national security. The argument that the results would somehow be different if we just implement the right plan, if we just tweak the policy, or back the right man, or invest a little more money, or implement a few more Blue Ribbon commission recommendations should seem ludicrous by now.

Just in case you’re still not convinced, consider this also: Virtually every leader of Iraq after the World War I partition (1920) was either killed or deposed while in office. If Iraq’s indigenous leaders, who presumably understand the politics of their own land better than we ever could and who have the levers of state backing them, can’t even survive their tenure in office, what makes anyone think that the U.S. foreign affairs and defense apparatus can figure it out either?

I’m not advocating for reflexive isolation. I’m all for decisive intervention in extreme cases (such as genocide). I’m on board with arming reliable allies (such as the Kurds to fight off ISIL). And I’m absolutely for grassroots people-to-people civil society engagement. What I’m not for is the unhelpful idea that it’s my country’s duty to take on the Sisyphean task of fixing other countries. No doubt, America has made some foreign policy mistakes. But how many times must we roll the boulder of our imagined guilt and commitments up the mountain only to watch it roll back down?

Zack Bazzi co-founded TentEd, a development initiative supporting the education of displaced Syrian refugees in the Kurdistan Region of Iraq. He is a former U.S. Army infantryman.