As A Special Operator, I Almost Went Into Iran 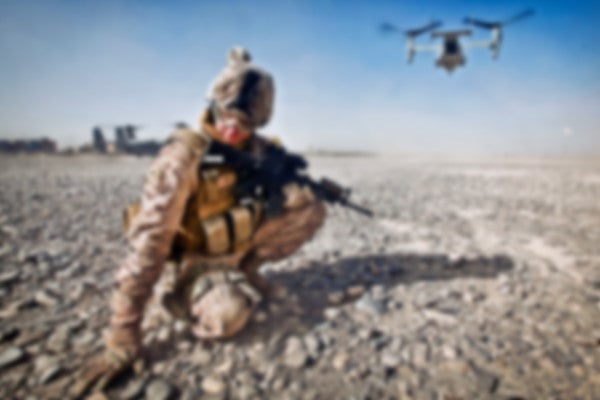 In the Fall of 2012, I was a days away from being one of the first boots on the ground in a military operation against Iran. Israeli Prime Minister Benjamin Netanyahu had recently delivered bellicose remarks before the United Nations, drawing a “red line,” through the Iranian nuclear program. Many thought the remarks would be shortly followed by overt military action. It was the sort of thing the general public watches closely, but the military develops contingency plans around. As a member of special operations deployed to Afghanistan, I was that contingency plan.

As a combat veteran, I am surprised to see so many of my former colleagues and veterans called for Congress to reject diplomacy and the Iran nuclear deal. Recently there has been a lot of rhetoric being thrown around about “war with Iran.” We talk about it from the perspective of a military widely viewed as unparalleled, even impenetrable. It is fascinating for me to see us neglect the reality of what war feels like. America tends to have selective amnesia from time to time, and we forget the international implications — and more importantly, the lives lost — from poor diplomatic decisions.

But I was there, on a remote combat outpost in Afghanistan in 2012, hours away from actually invading Iran.

In September 2012, Netanyahu literally drew a red line across a comical poster of a bomb, during remarks before the General Counsel at the United Nations. For me and my team 6,000 miles away, the thinking at the time was that Israel was days away from initiating a bombing campaign in Iran, and America would be quickly drawn into the fray to defend its ally. My team was one of a few tasked to stage as part of a plan to recover downed pilots. Let me explain.

Iran has a formidable infrastructure for anti-aircraft defense. At the time, the military was forecasting significant casualties of jet bombers conducting runs in Iran. Before anyone could initiate such an operation, they needed to ensure they had a mechanism in place to recover materials and personnel from aircraft that had been shot down.

My team and I were to be that mechanism. The best worst day of my military career was the day that I found out my friends and I could be the first boots on the ground in Iran. For those in the military, it may be easier to understand the excitement of the moment. The day your country calls on you to be the first one to set foot in a hostile country, it feels a bit like winning the lottery. We had trained for years for something like this, and few operators ever get the chance to participate in this sort of high-profile and historic mission. But as we reviewed and prepared our role in the plan, the excitement quickly faded, replaced by anxiety, as the reality of the situation set in.

The anxiety didn’t come from the mission. We all volunteered to be there, were highly trained, and all too familiar with the intoxicating element of danger. Rather, the anxiety came from the reality of our daunting odds of surviving, much less achieving success. The details of the mission were the scary part.

We were supposed to fly into a hostile country to recover pilots who had been shot down. They would have been shot down while flying supersonic at more than 30,000 feet. Our ride would be on an MV-22B Osprey, a low-flying, relatively slow-moving plane/helicopter hybrid beset with developmental problems. My team and I considered the aircraft to be a death trap, and it was mystically supposed to be able to evade the same enemy anti-air defenses that could pick off our best jets?

Worse yet, we were to be a small group on the ground with a very hostile and sophisticated enemy. Speed is the greatest strength of any small unit, but behind enemy lines your movement is heavily restricted. The Achilles’ heel of every small unit is its limited capacity in firepower. Our safest strategy would be to evade enemy contact, because the likelihood of quickly being overwhelmed in both numbers and firepower was highly probable. The fatal flaw was that jet crashes tend to attract a lot of attention. Evading enemy contact wouldn’t be an option.

But when diplomacy fails, the task falls to service members like me. In this case, the task seemed impossible, the tools imperfect. This was the friction of war in action, from a first-person perspective. It sounds a bit like a nightmare; surely there were better options available.

For all the international sanctions, Iran is not a third-world country. It is a regional hegemony with real military capability. People still talk today as if America’s military is unparalleled, that there is no possible war in which we could possibly be defeated, despite the glaring evidence to the contrary from Vietnam, Iraq, and Afghanistan. Iran has a technologically advanced air force, navy, and army. If a full-scale war against Iran occurred, it would not be 7,000 U.S. service members killed over a decade plus of conflict, like we saw in Iraq and Afghanistan, it would be much more ugly and deadly.

All of this talk today comes at a time when the U.S. military is likely hemorrhaging its most talented and experienced combat veterans. Our military is the smallest it has been in decades, so to think that today we are better poised to conduct such a war than we have been in the last decade is incredibly ignorant. The U.S. has had a systemic budgeting crisis in Congress for the better part of a decade and outstanding national debt. As if our country couldn’t benefit from a 10-year breather before its next major conflict.

Most people are so naïve that they believe that war with Iran couldn’t be anything more than a quick and easy bombing campaign, met with open arms by an oppressed people. Veterans of Iraq and Afghanistan have heard that prediction before.