War is destructive in nature, obviously. For Prussian military theorist Carl von Clausewitz, “destruction of an enemy’s armed forces is... 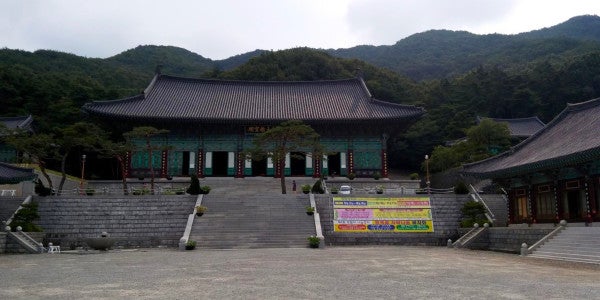 War is destructive in nature, obviously. For Prussian military theorist Carl von Clausewitz, “destruction of an enemy’s armed forces is the means to the end… the only means of destroying the enemy's armed force is by combat….” The timelessness of destruction is grounded in Army doctrine of the offensive, “to defeat, destroy, or neutralize the enemy force” with an aim to take or maintain the initiative in operations. Destruction of two cities proved critical to ending the Second World War, but left a lasting wound in Japan and set the tone for the Cold War arms race. Yet in many cases, destruction can be a source of renewal despite the scars it leaves behind. A nation often uses the fragments that war creates to build cultural artifacts that not only reflect, but look forward.

Peter Paret, source of the authoritative translation of “On War,” linked the impact of war to the arts and a society’s understanding of history. Though focused on military reformation following Prussia’s 1806 defeat to Napoleon at Jena and Auerstedt, Paret brings to light art as an untraditional tool to examine history. The creative artifacts society produces have the ability to capture the national mood and outlook following war’s end.

“[The arts] reflect and document attitudes of their times,” Paret writes, “openly or implicitly, favorably or critically. Sometimes they also interpret and support ideas, and whether they record or support, they influence the attitudes and vocabulary of men and women trying to understand and respond to innovation.”

The idea that a society creates from remnants of war transcends cultures. In the Republic of Korea, a country still technically at war with the northern Democratic People’s Republic of Korea, art and memorialization has reached a point both abstract and hopeful. Korean architects Jinhee Park and John Hong explain that art here, expressed through building design, reflects modern war and the geographical and ideological split with the north.

“At the beginning of the twenty-first century,” Park and Hong explain, “we are just starting to evolve the narratives that try to make sense of the present and its relation to an estranged past … With the disruptive experience of the last century, it is the notion of fragment that furnishes the starting point for a narrative of modern architecture in Korea.”

Korea today seeks to shake off the dark history of Japanese colonialism and bitter war, infuse western design traditions, “and create a symbolic architectural expression in contrast to its communist neighbor.” Renewal and integration are common themes in many previously war torn nations and cultures. The late architect Lebbeus Woods, through work and study in post-war Sarajevo, identified three principles of reconstruction after hostilities: restore what can be salvaged, demolish what cannot, and build something new from the pieces that remain after war. The final principle is critical because “reconstruction integrates people’s experiences of the destruction into needed social changes, as well as architectural ones.”

The notions of fragmentation, reconstruction, and making sense of the past infuses a number of memorials and buildings on the peninsula. At the War Memorial of Korea, the Statue of Brothers drives this point home. Two Korean soldiers as well as brothers, one each from the north and south, embrace over a fractured plinth symbolizing families severed by war.

A bullet-shaped obelisk center front of the plaza continues the split-down-the-middle trend. These are harsh reminders of war’s destruction and its lasting ability to keep one nation separate, despite a hope of reunifying like the two brother’s embrace.

Kenneth Foote says that as a nation distances itself from war through time and generations, realist war-related art tends to give way to more lofty abstract works. In the American experience, the University of Colorado art history professor says artists articulated this softening of the Civil War’s memory through memorialization.

“When it comes to the North and the South honoring their dead…the styles of the memorials changed over time as the war’s wounds healed,” Foote writes. “…There were still some great divides that aren’t possible to ignore, but people gradually came together over the meaning and it was worked out oftentimes with these memorials and monuments.”

Korea embraced a similar shift from realist to abstract as well, yet maintained a fractured tone. Over the years, Koreans transformed and rebuilt the Task Force Smith Memorial — a landmark commemorating the ill-fated, first US-North Korean engagement of the war. Veterans of the Battle of Osan built the original monument, a rugged stone obelisk, only two years after the war’s armistice. In 1982, the city of Osan and Korean Ministry of Transportation replaced it with a newer work depicting heroic images of US soldiers in combat and panels representing the defensive positions the task force held.

At Osan Air Base, a symmetrical sculpture commemorates not just two sides of the same nation at war, but also two allies — the South Korean and United Nations’ forces.

Division and hope for Korean reunification often move from the political into the spiritual. Another fractured, massive sculpture draws attention at the Independence Hall of Korea in Cheonan. It symbolizes “human hands in eager prayer … and the strong resolve of the Korean people for independence, liberty, unification and prosperity.” The main hall captures this spirit in bold heroic realism and makes clear that the South intends to lead any reunification effort.

Also in Cheonan is the serene Gakwonsa Temple. Followers dedicated this Buddhist temple in 1977 — a turbulent period in Korea’s recent history — specifically in the hope of eventual reunification.

North Korea took on its own architectural reconstruction after the war, but with a decidedly Soviet twist. According to Nicholas Bonner, an architect whose work drew him to the Hermit Kingdom, Pyongyang design centered around rebuilding its postwar nation into a “modern socialist utopia,” consisting of “monumental squat government buildings, Soviet-influenced, brutalist-style apartment houses, landscaped parks and river corridors, and sweeping tree-lined avenues.” The scale of these buildings, such as the Ryugyong Hotel, attempt to demonstrate strength grounded in Juche (or, “self-reliance”) and a sharp contrast from the capitalist south. More recent works of North Korean art provide a hopeful, yet restrained glimpse of the future.

The future of Korean design indicates continued fracturing, such as the planned Incheon 151 Tower. Though it uses split towers for aesthetic and aerodynamic purposes, the similarity to prior, deliberately representative, works is striking. One would assume that art will continue to reflect the Korean past and current distinction from one another until reunification; a painful end state that anticipates a need for additional artistic memorialization.

Destruction may be the “ultima ratio regum,” the final argument of kings to settle disputes through war. But even though that famous maxim is a label on an 18th century French cannon, the casting is now a museum piece; a work of art in itself. One should not discount the humanities, expressed in a range of creation, as an essential component to the experience of war. They are necessary to make sense of what happened and to chart a course for postbellum healing.