After 13 years of continuous war in Afghanistan, in addition to eight years during the same period in Iraq, Congress... 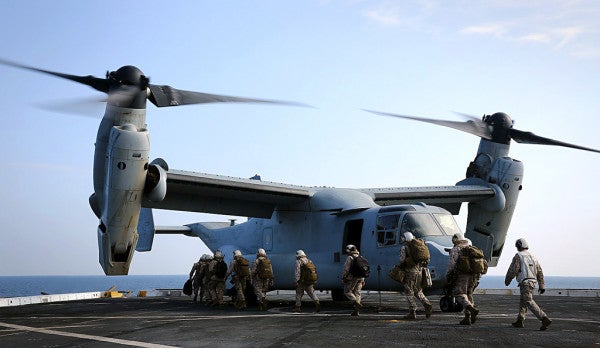 After 13 years of continuous war in Afghanistan, in addition to eight years during the same period in Iraq, Congress and the American public are understandably wary of U.S. involvement in yet another conflict. Former officials have pointed to the lack of clear direction in the previous wars in Afghanistan and Iraq as a sign that while U.S. military intervention may solve an immediate problem, a continued presence only brings diplomatic and political troubles. Now, with the the existence of the Islamic State of Iraq and Syria, aka ISIS, positive solutions are seemingly few and far between.

During 2014, the American public finally began to learn about the brutality and reach of the Syrian and Iraqi-based militant jihadist organization. Tracing its lineage to Osama bin Laden and al-Qaeda, ISIS is unique in its regional and ideological ambitions while maintaining a transnational appeal. Much like the U.S.-led invasion of Iraq attracted a global network of fighters, ISIS’s promise of an Islamic caliphate has drawn foot soldiers from a CIA estimation of more than 80 countries.

The question that faces the U.S. and other nations is how do we effectively combat ISIS’s ideology and chip away at its goals? The problem that exists is that our usual toolbox of solutions isn’t easily applicable. Diplomatically, there are no inroads in affecting change because doing so would require the recognition of ISIS and its captured territory as a legitimate state. While we abhor ISIS’s actions and governance, those who live in its occupied regions have come to acknowledge that some semblance of a state has already been created.

ISIS’s gains across large portions of central, northern, and western Iraq were met with shock and alarm from government officials, foreign observers, and veterans of the Iraq War. Many openly wondered whether U.S. and Iraqi efforts to stabilize the area had been in vain, or if the withdrawal of U.S. troops at the end of 2011 had been too hasty. Questions followed even further when international audiences were dismayed about reports that told of abysmal showings by Iraqi security forces.

Marked by mass desertions in the face of a numerically inferior enemy, areas previously under Iraqi government control — albeit, perilous control at best — were quickly seized by ISIS militants, advancing nearly 50 miles from the outskirts of Baghdad. Perhaps the most embarrassing aspect was the images of ISIS militants parading through their newly captured territory with large numbers of seized Iraqi military weapons, vehicles, and equipment, primarily bought and provided by the U.S. government.

From a military standpoint, ISIS’s equipment, positions, and personnel make for defeatable targets, something that is easily measured. However, unlike belligerent state actors — i.e., Russia — ISIS represents an entrenched ideology more than it does a physical, political, and economic threat. Mitigating such an ideology is far more difficult than destroying a military and political infrastructure, something that the U.S. and the West learned in dealing with the Taliban in Afghanistan following 9/11.

Like the Taliban, ISIS possesses a similar ideology, and employs draconian measures to implement and enforce it. According to a BBC report, ISIS has borrowed a page from the Taliban playbook by establishing local social services, something the Iraqi government has failed to do. Such efforts, despite ISIS’s policy of brutality, have undoubtedly marked them as an entity of legitimate government in regions of Syria and Iraq caught up in the chaos of the Syrian civil war and the disinterest of Baghdad.

Combating an ideology comes down to an effective strategy of actions and messaging. However, the U.S. and other Western nations are at a disadvantage. Externally, this is an issue that affects the entire political stability of the Middle East. This factor merits the coordinated effort between the U.S., Western nations, and affected regional governments. Yet, this is essentially an internal question for all members of the Islamic faith in the Middle East: Do we allow a state to exist that corrupts the basic tenets of Islam or reject such an abomination while staying true to our own religious principles? It is something easier said than done, but the conversation should be had between the governments and people of the Middle East, not the U.S. and the West.

Ultimately, ISIS’s long-term survivability is largely dependent on other regional entities. The prospect of Sunni militias forming and taking up arms is a reminder of the Sunni Awakening in 2007. A successful Sunni-led offensive coupled with a sustained campaign of U.S. airstrikes, would likely rapidly erode support for ISIS. This, however, comes with complications as Sunni militias lack the necessary heavy firepower to displace ISIS forces.

A successful effort to take back ISIS gains will require a coordinated effort with the Shi’a-dominated Iraqi government and military, largely distrusted by the Sunni populace. Iraqi forces are gearing up for a Spring 2015 offensive, although that could be undone by sectarian fighting between Sunnis and Shi’as. The hope is that new Iraqi Prime Minister Haider al-Abadi will be able to bridge some of the sectarian divide, although Shi’a militias, since mobilized to fight ISIS, have been suspected of carrying out attacks on Sunni civilians.

Further adding to the uncertainty is the role that Iran is playing. It is no secret that Iranian forces have been actively involved in the fight against ISIS, providing equipment and assistance to Iraqi forces as well as airstrikes on ISIS positions. If Iran, which is predominantly Shi’a, is seen as leading the effort into Sunni territory held by ISIS, it could disrupt a fragile Sunni-Shi’a coalition. Such a fracture would ignite yet another sectarian civil war.

Militarily speaking, the campaign against ISIS represents a unique effort against a terrorist organization that has become a jihadist military without the backing of a nation state. So far, U.S. and Western military efforts have been confined to coordinated airstrikes coupled with training and supply assistance for Iraqi and Kurdish forces. Cooperation with anti-ISIS militias is expected in the future although the extent of such assistance is still being determined.

The larger political and regional implications of upcoming actions and rhetoric toward ISIS leave many questions unanswered. Can a temporary Sunni-Shi’a alliance exist? Would the absence of an ISIS presence give way to a division of Iraq along Sunni, Shi’a, and Kurdish lines? What is to be the U.S.’s future role in the region? All of these questions are looming and until they are answered, ISIS will continue to remain the wildcard in the future stability of the Middle East.