So much for one shot, one kill. A 20-year-old British sniper killed six Afghan insurgents with a single pull of... 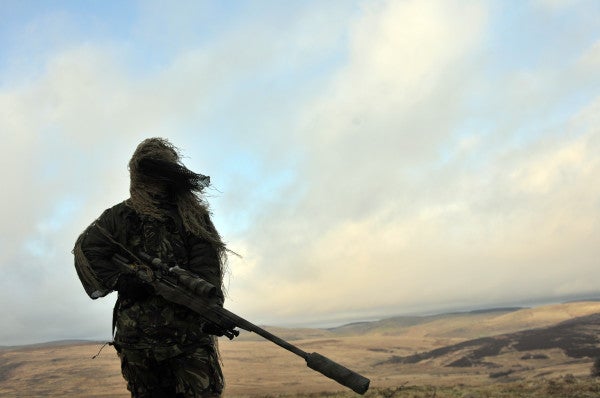 So much for one shot, one kill.

A 20-year-old British sniper killed six Afghan insurgents with a single pull of the trigger, according to the British newspaper, the Telegraph.

The incident occurred in December, but is just now coming to light.

Several hundred British and Afghan forces were in the midst of an operation when a team of 15-20 Taliban forces attacked.

The sniper, an unnamed lance corporal, sighted in on of the insurgents who was moving in the treeline. He saw that he was armed with a machine gun and so he pulled the trigger.

But the insurgent also happened to be strapped with an improvised explosive device. He exploded upon being shot.

“There was a pause on the radio and the sniper said, 'I think I’ve just shot a suicide bomber,’” the sniper’s commanding officer, Lt. Col. Richard Slack, told the Telegraph. “The rest of them were killed in the blast.”