The Truth About The VA Crisis

Friday’s resignation by Secretary Eric Shinseki marks the first chapter in a potentially long, but vital road to reform for... 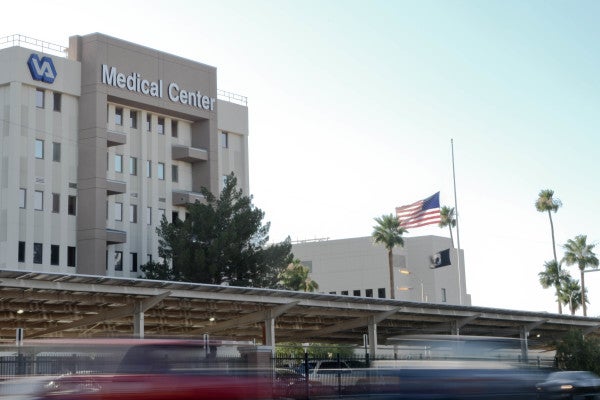 Friday’s resignation by Secretary Eric Shinseki marks the first chapter in a potentially long, but vital road to reform for the Department of Veterans Affairs.

Shinseki — a highly accomplished, quiet, and honorable public servant of over 50 years — deserves more credit than any other for the VA’s recent achievements. Under his leadership, the VA has enrolled an additional 2 million veterans, cut the benefits backlog by 50% (and on track to ending the backlog completely by next year), reduced homelessness among veterans by 25%, and managed the implementation of the post-9/11 GI Bill, paying out $30 billion to over one million Iraq and Afghanistan veterans enrolled in colleges and universities around the country since its implementation in 2009.

But while success has many fathers, failure is an orphan, or as measured by the media’s coverage and congressional outrage, the failures are Shinseki’s.

In reality, the shortcoming, failures, and gross misconduct extend well beyond one man. By design, the system was doomed to fail.

At the heart of the recent VA scandal is the systemic and possibly criminal scheduling manipulation of the electronic waiting list that placed veterans at risk.

Established in 2002, the electronic waiting list was initially developed to track demand and better manage patient care. Instead, the list was used to measure performance of Veterans Health Administration hospitals and executive staff without providing them the resources necessary to meet the increased demand for services of an aging veteran population and an influx of younger Iraq and Afghanistan veterans. The electronic waiting list, meant to be a barometer, soon became the catalyst of a perfect storm.

Veterans Health Administration executives’ salaries and career trajectories were tied to waiting times, which were easily subject to manipulation since no training standard had been established across the Veterans Health Administration for scheduling appointments and properly using the electronic waiting list. The result was negligence at best, but quite possibly criminal fraud and abuse.

In Phoenix alone, over 1,700 veterans were placed on secret waiting lists used to reduce reported wait times from over 115 days to less than 24 days. At least 40 veterans are thought to have died as a result and similar practices have extended to at least 42 other VA hospitals.

Outraged by this news, at least 50 lawmakers from both parties were soon calling for Shinseki’s resignation.

But the truth is that this is not really news.

Going back almost a decade, the VA’s Office of the Inspector General and the Government Accountability Office have been reporting issues to Congress about the electronic waiting list, patient wait times, lack of training and unified standards, and increases in patient load.

In 2006, the Office of the Inspector General reported that the Veterans Health Administration lacked effective controls, procedures, and training to ensure veterans received care within 30 days of the desired date of care.

In 2007, reports again concluded major issues in an audit of patient wait times.

And in every year since, reports issued to Congress have established scheduling inconsistencies resulting in the delay of care.

As chief of staff of the Army, then-Gen. Shinseki made news and ruffled feathers when he testified before Congress that we did not have enough troops on the ground in Iraq. Today, we now know that the Veterans Health Administration does not have the doctors, nurses, and other resources necessary to take care of those same troops.

Shinseki’s departure and the impending arrival of his replacement does not solve that underlying problem. If our nation is to meet its obligation to its military veterans, Congress must act. Fortunately, there is some precedent.

In 1986, following a series of military fiascos including the disastrous Iranian hostage rescue attempt and the invasion of Grenada, Congress passed the Goldwater-Nichols Department of Defense Reorganization Act. This landmark piece of legislation streamlined the chain of command, forced joint training and interoperability, unified the special operations community, and empowered the regional combatant commanders. This hallmark piece of legislation gave us the military we have today.

Similarly, Congress should implement sweeping institutional changes to the VA in order to provide our veterans with the care they are owed. Like Goldwater-Nichols, this starts with a sober bottom-up assessment of the problem and the establishment of an independent commission to make policy recommendations. Already many great ideas are circulating that should be considered, including allowing veterans who cannot be seen within 30 days to have vouchers for private sector care; tying the Veterans Health Administration budget and manpower to numbers of patients and caseload; investments in outpatient clinics; national standardized training programs; and rather than requiring veterans to prove service-connected disabilities, placing the responsibility on the Veterans Benefits Administration to disprove service connection.

In a time of austerity, necessary change may come at a hefty price, but, well, the United States’ first president said it best: “The willingness with which our young people are likely to serve in any way, no matter how justified, shall be directly proportional to how they perceive veterans of earlier wars were treated and appreciated by our nation.”

Zach Iscol is a combat decorated Marine officer, Iraq veteran and entrepreneur, who served as the first officer in charge of Recruiting, Screening, Assessment, and Selection for the U.S. Marine Corps Forces – Special Operations Command. He is the executive director of the Headstrong Project, as well as the founder and CEO of Hirepurpose.