Robert McDonald, the former Procter & Gamble chief executive, has been nominated to run the embattled Department of Veterans Affairs.... 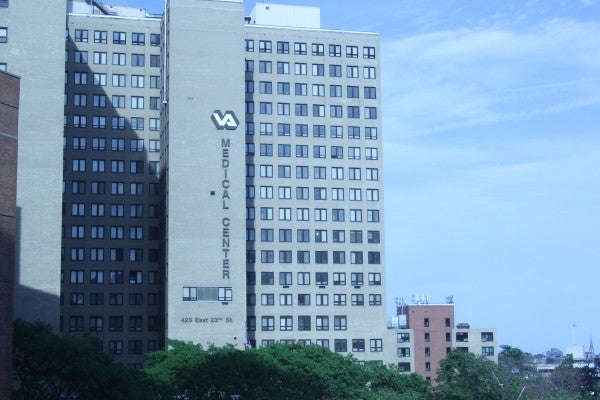 Robert McDonald, the former Procter & Gamble chief executive, has been nominated to run the embattled Department of Veterans Affairs. Hooray. I predict the change to affect me … none.

Despite the problems plaguing the VA in Washington, and at many of the hospitals and clinics across the country as a result of mid-level corruption, I find that the people working at my local VA — the Manhattan Campus down on East 23rd Street — are quite helpful, very friendly, and maybe even care about their jobs. Dedicated to a life serving those who served, they are often victims of the system as well.

But still, my routine interactions with the VA reek of bureaucratic impediments that I suspect are shared with many across the country, and make for a less-than-pleasant experience.

Being medically retired after an inconvenient run-in with an IED a few years back, I recently stopped in for a check-up. I am not one of the many people who has trouble getting VA appointments — I circumvent the pesky phone system by using each appointment to book the next ones.

Here’s what a routine trip to the VA for me is like.

I walk in, attempt to use the new electronic guide at the entrance, and find things like “X-Ray” and “Lab” are not listed (nor is “Primary Care,” “Neurology,” or really any department I have ever needed to see). I ask the desk where in the 14 floors of interconnected nonsense I might find someone with an appropriate medical degree. After three trips up the stairs and an inordinate wait at the elevators, half of which are not in service, I ultimately find the front desk of the correct department and ask if I might schedule an appointment. I am then redirected to another department, usually with a vague guideline of at least which floor, and then am guided to a third because I needed an appointment there first. I then repeat the process for anything else on the schedule.

While this process is time consuming, it is almost always faster than the phone (“You are caller number… …twenty-three … … in the system. Your call is important to us.”) and I can typically get an appointment scheduled within a week.

Of course, I have a flexible job that allows for these forays deep into the system; those who don’t have the luxury of time are still forced to listen to the same eight bars of music for three hours hoping it leads to an eventual appointment. Note to McDonald: We might want to look into hiring a few more appointment center folks before jamming more energy into the top of the machine.

And there are, of course, exceptions to even the in-person rule. Recently, I went to book an endocrine appointment and was told that my endocrinologist was leaving and the replacement wasn’t taking patients for three more months. I asked if maybe I could just see someone else, but no, the gentleman at the desk told me, as long as I have enough medication, I must wait, since all the other doctors had exceeded patient limits. We might be onto something as far as where the real problem is — perhaps not enough doctors?

Now acute care is a slightly different story. The ground floor of my particular facility is an interesting and sad mix of nursing home, hospital, and psych ward, with a little bit of homeless shelter mixed in. I sidle past the guy who has been sleeping across three seats for the last five months and make my way to where I can sit among the huddled, coughing masses to have a doctor ask me why I waited nearly a week to come in. The answer, “Because whenever I sit in the waiting area here I get four more diseases” is never received well. The consistent flirting from gentlemen 30 years my senior is an added bonus, because who doesn’t want someone’s casual advances after sporting a fever for three days? It can be a nice boost to the ego.

Overall, can I usually get help for whatever ails me? Sure, eventually, but perhaps a little attention could be redirected towards unclogging the support programs on the ground floor, getting these veterans into the systems in which they belong, and maybe helping a few more people receive the services they need.

My tribulations with VA health care are destined to continue; they have become a permanent fixture of my life. There are the lost records, the communication failures between centers and staff, the breakdowns in multiple facets. But it isn’t all bad. There are also great people who really care for veterans. There are great trials and new opportunities, ways to offer future generations better and more efficient health care, so hopefully MacDonald will take note and start improving from the ground up. I still think the recent crackdown has only cut the head from the hydra and we need to attack the soft underbelly instead. But as a mere cog in the machine, for now I take what I can get and work with the doctors who can and will work with me, of which there are many.

In the meantime, there’s a very nice Korean War vet five seats over winking at me.

Elana Duffy is a 10-year veteran of the U.S. Army and a veteran of the conflicts in Iraq and Afghanistan. She currently lives in New York City and works as a consultant.