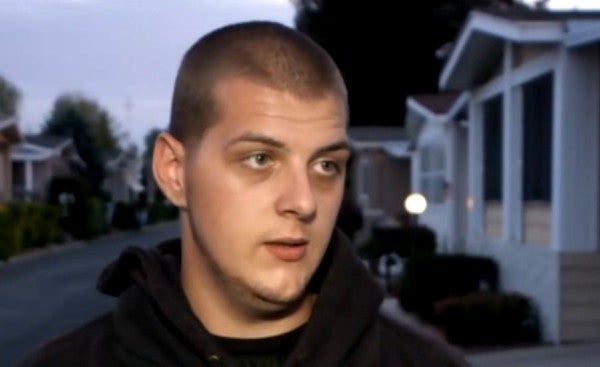 A video recently went viral on YouTube depicting two Army veterans confronting some dude in ACUs at San Joaquin Delta College in Stockton, Calif., who was very clearly not in the Army. He was wearing a Ranger tab and an EOD patch, could not answer any questions, and could not produce identification.

The confrontation was emotional, as at least one of the vets was a real life Ranger, and didn’t much like some guy just pretending to be one.

“I am a fucking Army Ranger, and this guy is not,” one of the veterans said.

One of the veterans was even arrested by campus police on charges of disturbing the peace.

Well, the local news, ABC News 10 in Sacramento, California, tracked down the man, Joseph Scott, who said that wearing the uniform was “just supporting my cousins and my family in the military.”

“To those who I upset and made mad, I do apologize,” Scott added.

Scott and his grandfather say in the report that he wanted to join the military but the 22 year old did not graduate high school and could not pass the Armed Services Vocational Aptitude Battery test required of all prospective troops.

I really hate the way both Delta College Police and the local news treated this story as though Scott is the victim. Not only did police arrest one of the vets, Kristopher Viera, who was involved in the confrontation, but they banned him from campus, and the news report plays up how patriotic and well-intentioned Scott is in falsely wearing the uniform.

“I just really wish that they would have, you know, talked to me instead of judge me the way they did,” Scott said of the veterans who confronted him in the news segment.

Watch News 10’s report below, and tell us your thoughts in the comments.