Seriously Though, Here’s Why You Should Date Modern Veterans

I read a lot of news. In addition to being 25 years old and pretty tapped into modern technology, it’s... 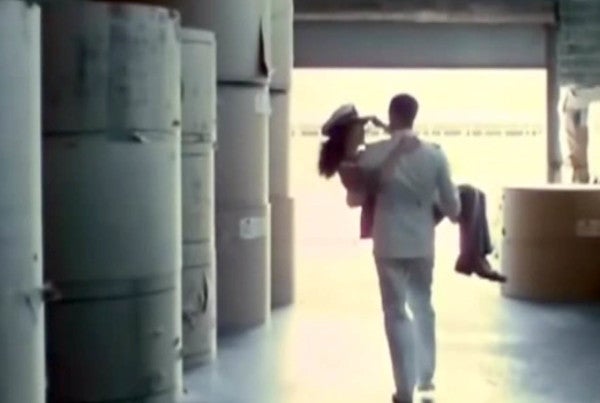 I read a lot of news. In addition to being 25 years old and pretty tapped into modern technology, it’s part of my job as the editor of Task & Purpose.

So naturally, when I came across an article on Thought Catalog called “5 Warnings For Dating A Generation Y Military Man,” I was interested.

What I found was about 1,000 words of idiocy and destructive stereotypes about veterans.

The “expertise” of the author, Jamie Perry, is clear:

Although I did not serve in the military (I tried- they wouldn’t let me), I absorbed and experienced the pain and hardships they endured from the friendships I cultivated, from the yoga classes I instructed, and from the daily interactions where I looked for an insider’s glance into the military man’s life.

I’ve got a lot of problems with this.

First of all, protip: never say “I tried to join the military, they wouldn't let me.” No one is impressed. It does, however, underlie the myth that it’s easy to join the military. In actuality, most 18-35 year old Americans are ineligible for military service.

As empathetic as I am that Perry apparently had her heart broken by a modern service member, I wish her healing process didn’t involve indicting all 2.6 million veterans of Iraq and Afghanistan.

So now I’m going to pick through her whole stupid article and say why people should absolutely date modern military veterans. Just stop saying dumb things about vets, people, we all have better things to do.

1. Let’s start with that photo.

Four years as a combat journalist and photographer in the Marine Corps, plus a stint at Business Insider and my current role at Task & Purpose, have led me to loathe bad stock photos. I have waged jihad against them.

So before I read a single word of Perry’s piece, I kinda hated it. It shows a guy in front of an American flag staring awkwardly into the camera while wearing some cheap imitation of camouflage utilities. He looks like a G.I. Joe. This guy isn’t a “Generation Y military man,” he’s from the future. A future without haircut standards.

2. Perry writes that “He is not going to feel sorry for you for trivial, meaningless shit.”

This was perhaps the most offensive point to me. Among many invaluable qualities instilled in me by the Marine Corps, empathy is one that I value most. The military taught me to focus on the welfare of the people close to me. We know how to take care of people, and we understand how to see the bigger picture. You don’t think what you’re upset about is trivial and meaningless, why would the person you’re dating.

So when Perry writes, “I know there are days where you want to burst into tears because your favorite lipstick got discontinued,” congrats, lady, you managed to dehumanize veterans and set back women’s lib in a single crappy blog post.

3. Perry says that a modern military man “has adapted to not being around a woman 24/7…”

Why? Because we spent time in an environment where there were few or no women? That somehow means that we don’t enjoy the company of women anymore? What is this, prison?

I was in the midst of a three-year-long relationship when I spent seven months in Afghanistan. We had a healthy, independent relationship before I left and after I returned.

“Be prepared and try to understand that 3 to 6 months of bro bonding time really is not healthy for a man, and he has to do what he has to do to overcome that,” Perry writes to support her point.

4. Perry claims we are “desensitized to face-to-face interactions.”

“They used Myspace, Facebook, e-mail, texts, and all other written mediums in order to communicated with their loved ones- on a limited basis. So sitting down one-on-one may be really challenging and uncomfortable,” she says.

Seriously now, what are you talking about? Post 9/11 veterans are no more reliant on technology or social media than any other millennial. The ignorant implication here is that we wouldn’t rather speak face-to-face.

Modern veterans are some of the best face-to-face communicators I’ve ever met. The entire military hierarchy is based on clear communication and face-to-face interaction.

5. Perry says that a modern military man “ probably has a negative opinion of women.”

“Can you imagine being in a s—hole country, miserable, fighting to survive, and learning that you or your battle buddy’s woman just hooked up with another dude,” Perry writes. “That’s killer to the ego and to the heart. If this hasn’t happened to your guy, it happened to one of his buddies, guaranteed. And she probably spent all of his money. Be aware of his hesitations.”

I did have a Marine in my unit whose wife cheated on him while he was deployed with me. It was terrible and painful to watch take place. But I’m an adult, and I would never develop a sweeping opinion about a remarkably diverse group of millions of people because of one or two instances of heartbreak. That would be ridiculous…

Additionally, Perry said more dumb, sexist, gender-role-enforcing things in her one dumb blog post than I have in my entire life.

You tell me who probably has a negative opinion of women.

6. Perry says don’t date a modern vet because “he may not be ‘over’ his military experiences.”

This is a destructive and ignorant claim that we’ve heard a lot recently about modern vets.

Perry here is tapdancing around the idea of post-traumatic stress.

“Most people live their entire lives without facing their emotional demons, because we live in a society that has taught us to suck it up and soldier on,” she says. “Couple that with the seriously beyond-human-comprehension brutalities of war that your man may have experienced, and hey- it could trickle into your relationship. You’ve got to be willing to be okay with that and understanding of it.”

Post-traumatic stress is a real issue that many people suffer with. Notice I said people, not veterans. Anyone who has witnessed or experienced terrible violence can have symptoms of post-traumatic stress, and yet, the media is not going around speaking of the violent, unpredictable tendencies (or cautioning against dating) assault victims.

Military experiences aren’t something that we should “get over” or feel ashamed of. They are a part of our identity, like any experiences. Some are positive and some are painful, but they aren’t going anywhere.

Look, I’m going to avoid the sweeping generalities about modern vets that landed Perry with a first-class ticket on the Ignorant Express. But veterans of the post 9/11 military are some of the smartest, most committed, most critically-thinking people I have ever been around. I joined the Marine Corps out of a sense of duty and ambition. I emerged four years later better than I ever could have imagined. With incredible experiences and some very useful skills, not military skills, but leadership lessons and problem solving abilities. And as veterans of the last 13 years move back home and re-integrate with the civilian world, we need an honest dialogue, we need dates, we need mutual respect.

Not silly warnings about us.

Now Read: ‘You’re Not The Easiest Person To Date, Are You?’ One Vet Shares Her Thoughts On Why Dating Is So Hard »