‘You’re Not The Easiest Person To Date, Are You?’ One Vet Shares Her Thoughts On Why Dating Is So Hard

We talk a lot about military transition. We talk about how hard it is to come home, to find a... 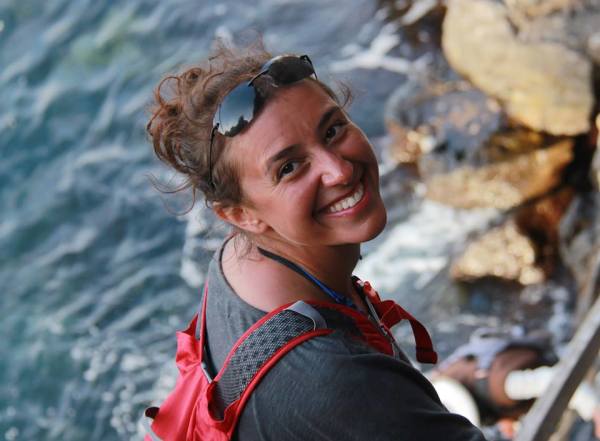 We talk a lot about military transition. We talk about how hard it is to come home, to find a career, to go back to school when you are 5-25 years older than your classmates. We talk about losing the camaraderie and the sense of purpose, proper business attire, and who has time to work out now that it isn’t mandatory at some stupid hour of the morning.

What we don’t talk about is how hard it is to actually connect on a personal level with civilians.

It should be normal, right? We all had non-military friends while we were in. We have our old friends, we have our families. We should be able to sit next to a stranger and get to know them and smile and have a beer and good conversation, right?

Well if so, someone tell me what I’m doing wrong.

I’ve been out of the Army for a year. I’m single, I live in a big city full of new and fascinating cultures and foods, and I’ve found a job to pay my rent. I’m doing okay, except that I appear to be the worst dater on the planet. Let’s assess, shall we?

I went on a date recently. I went with an engineer, which is my pre-Army life, to a wine bar in one of my favorite neighborhoods, and struggled for an hour and a half to have some semblance of normal conversation. We tried to talk about music, programming, neighborhoods, whatever we could come up with.

Eventually, he asked what brought me to the city, and I realized that I hadn’t mentioned a thing about my decade of service to my country. Why I was avoiding the topic, I don’t really know. Maybe because I don’t like having to explain every little thing to someone who has no idea what it’s like to sit on a checkpoint for hours in 140 degrees in the hopes that the bomber you are tracking will drive by with the round still weighing down his trunk so Route Dover will be one IED short today. Or explain what it’s like to go on a raid at some insane hour only to have an entire family tell you that no, he’s in Baghdad, and we don’t know when he’ll be back. Or dodging jingle trucks on single lane passes in the most rural parts of Afghanistan. Or even what a jingle truck is.

See Also: Seriously Though, Here’s Why You Should Date Modern Veterans »

But inevitably, it comes up. And upon me admitting that I was back after ten years in the Army, the response was “Man. That’s really cool. I could never do that.” Really? Never? I mean, I know it isn’t for everyone, and I don’t need the petulant “thank you” or the questions, but never? I don’t even know how to react to that. I’m sure I stammered out some sort of response, something to placate the concept that the girl he was sitting next to could fire a rifle to hit a target further than the nearby subway station, but all I could think was that I wanted to go home and get back to my VSO/disaster response work. On a Wednesday. At 2015. And I legitimately had work to get done, and no matter how nice this young engineer was I would still ultimately go home and do it, but this was the instant I realized I needed to go.

So I came home and pondered my reaction, which was admittedly visceral upon his “never.” I polled four people: two veterans and two civilians from The Before Times of my pre-Army life. What I learned is that was I was encountering was not an anomaly.

We identify with our service. Three years, five years, twenty years, we live and breathe the machine. We are surrounded by those in our dysfunctional military family, and we get through the best and worst of times with them. These are things that we cannot hope to explain, cannot expect someone to understand, and ultimately aren’t sure that we wish for them to grasp. Some needs are not met in our brains and we might struggle immensely with those, such as relating to a human resources manager or in some ways worse, an engineer in a wine bar who listens to electronica. We may think there is no way to form a new bond, to forge new friendships, to get hired by a firm operating outside of a shoot-move-communicate field. This with our other demons drives some veterans to a dark place as we try to find our balance and seek out the stability we had during our time in service.

But what else did I learn? I don’t have to force it. I am lucky: I have my military buddies when I’m feeling nostalgic. I have my disaster work to continue my contribution to my community and the world at large. I have my old friends and family to bring me back to reality. And I have new friends, usually friends of friends, who drink beer in dive bars and listen to old school ska. There are people out there, jobs out there, opportunities out there to still grow, and that’s enough to get me out of bed in the morning. Not so much my dating life, that’s still a little depressing, but there’s enough going on that I can be happy with answering disaster response emails at 2015 on a Wednesday while on the phone commiserating with a poor friend who just found himself on orders to Fort Polk. The rest, I’m assured, will come in time.

Until then, I’ll just accept the engineer’s parting words: “You’re not the easiest person to date, are you?” No, I’m not, and that’s okay.