If All Of This Week Were Compressed Into One Day: A Historical Look At May 29

Memorial Day and the days around it inspire me and spark feelings of nostalgia. I am inspired by those who... 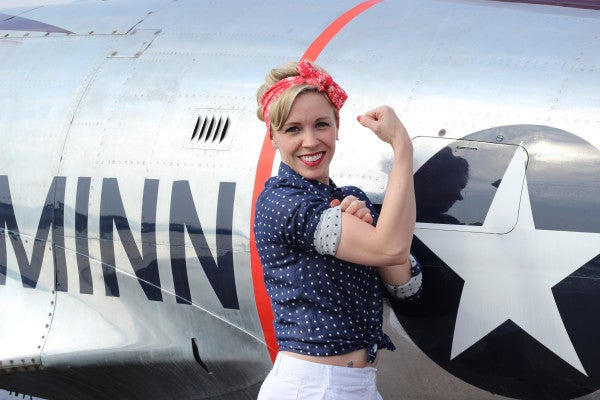 Memorial Day and the days around it inspire me and spark feelings of nostalgia. I am inspired by those who served before me and sacrificed their lives, and by the men and women currently serving their country. This attitude persists in the days before and after the holiday weekend. May 29 this year is at the end of the Memorial Day week and includes significant events relative to the observance of fallen heroes.

For some, Memorial Day is a full day of memories, perhaps of a relative or friend who died in the service of their country. If the soldier, sailor, airman, Marine, or Coast Guardsman was a close family member or friend, then the constant memories are amplified on that specific day. For many, the memories linger for a while and there can be sadness mixed with thankfulness for knowing these people who lived and died with honor.

Each day on the calendar holds significance commemorating the death of service members. If your loved one died on May 29, for instance, they share that date with five recipients of the Medal of Honor, whose actions on May 29 brought them recognition for gallant service, according to military historical records.

Exactly ten years ago, the United States dedicated the World War II Memorial in Washington, D. C. The dedication ceremony on May 29, 2004, capped a four-day “grand reunion” of veterans as the nation formally paid tribute to “The Greatest Generation,” according to the National Park Service website.

And on the subject of WWII, May 29, 1943, marks the publication of the famous “Rosie the Riveter” cover done by Norman Rockwell for the Saturday Evening Post. This iconic image celebrated the contributions of all Americans to the war effort, regardless of gender, and it still inspires us today to recognize our diversity.

There is no doubt that the men and women who lived through WWII and continued to build America afterwards deserve the title “the greatest generation.” There are good indications they have passed on these qualities of hard work, patriotism and service to their grandchildren and great-grandchildren.

Two of my young friends in the military recently posted photos of themselves inspired by Rosie the Riveter. They are both smart, hard-working, and contribute greatly to their respective organizations. They represent positive, can-do attitudes of the current generation, which I find alive and well among young people.

Another look at this date in history gives clues to the positive trend of America. There are anniversaries of battles and meetings, such as in May of 1988 when President Ronald Reagan traveled to Moscow for the first time and met with Soviet leader Mikhail Gorbachev, resulting in a treaty reducing nuclear weapons in Europe. Hallmarks like this served to further the march of freedom.

Perhaps it is not very recent, but on May 29, 1953, Sir Edmund Hillary and Tenzing Norgay climbed Mount Everest for the first time. Feats like that continue to inspire us for generations.

Those with May 29 birthdays share the date with Bob Hope and President John F. Kennedy, both leaders in their own way who defined iconic periods of American history.

An attitude of nostalgia, positive accomplishments and hope for the future prevails this time of year. Along with the commemorations of those who sacrificed their lives for their country, the Memorial Day weekend and days following serve as the unofficial kick-off of summer activities.

I think that is great. Summer means let’s go places and do things. We can be free to do what we want because of the sacrifices of those who served before us.