If You Call All Veterans Heroes, You’re Getting It Wrong 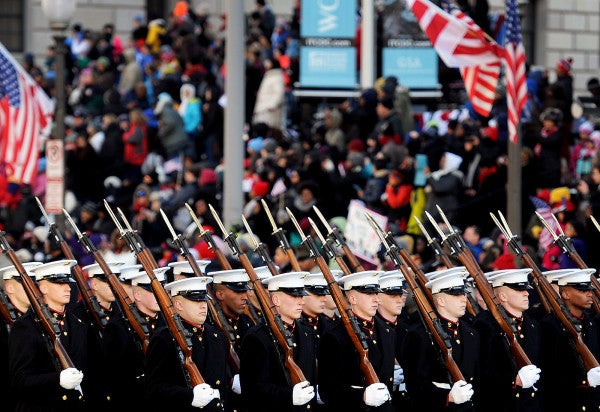 “Are you in the military?” an old lady asks me while I wait in line at the store.

“I just wanted to say thank you for your service.”

Similar awkward exchanges are played out daily in a hundred towns throughout America. This awkwardness looms even larger at major sporting events.

“Would all of our military heroes please stand?” blares the loudspeaker. “Everyone please give a round of applause for these brave men and women who put their lives on the line for us!” I slowly rise to my feet and accept the praise of strangers. I look out at the others standing. They’re shifting from side to side as well. Accepting the applause, yet at the same time, not wanting it to begin with.

I find myself wondering what the crowd is applauding for. Do they know what people actually do in the military?

Many of the people standing for applause put their lives on the line about as much as a 7-11 clerk in a marginal neighborhood. Others have never even deployed. For most service members, their lives were on the line in only a theoretical sense. They had gourmet coffees at the Green Bean coffee shops on major forward operating bases in Iraq or Afghanistan, bitching about how the wifi in their quarters was too slow.

Just being exposed to danger or enduring some degree of sacrifice doesn’t make one a hero. Going above and beyond the call of duty does. Audie Murphy was a hero. The soldier checking IDs at the chow hall is not, and neither are most service members, whether inside or outside the wire. They deserve respect for doing an honest day’s work in the service of their country, but the title of hero? No, and we devalue the sacrifices of real heroes like Kyle Carpenter and Ty Carter by using the term too loosely.

Why do people have such a strong need to ascribe heroism and give syrupy-sweet adulation to every run-of-the-mill service member? It begins with the fact that in the days of a draftee force, almost every American family had a veteran. Everyone personally knew someone who had been in the military. They interacted with veterans daily, and knew them as real people, for better or worse.

By contrast, today, in most parts of the country, few people have any substantive interaction with veterans. Their only exposure to the military is combat footage in the news and battle scenes in movies, from which they conclude that every soldier spends his days in fierce firefights, possibly fighting alien robots. Why wouldn’t they think everyone in the military is a hero?

Of course, not everyone believes our troops are fighting aliens on a daily basis. They might even understand that plenty of service members work as mechanics, logisticians, electronics technicians, and such. Why all the idol-worship, then?

In World War II, Americans on the homefront saw rationing, bought war bonds, recycled metals, and made countless other sacrifices to the war effort. Every citizen made a small but important contribution to the Allied victory. Later, Korea was, regrettably, a forgotten war. Vietnam saw the public swing toward open distaste of the military. Then the first Gulf War saw a much-needed realignment of American attitudes toward the military. Since then, the pendulum has swung through a center of well-deserved respect, all the way toward swooning flattery.

After September 11, America put two wars on its credit card. The average American was not told to sacrifice. He was told to splurge and sustain the economy. Troops went to Afghanistan. Americans went to the mall.

This has led to a sense of guilt felt by many Americans. They haven’t done or even been asked to do anything, yet they see a small group shouldering the whole burden. They feel a debt to veterans, but they have no way to repay it. Some opportunistic politicians and opinion leaders have exploited this, silencing any criticism of American conduct in war as attacks on the troops. Some pathetic individuals have even faked military experience to exploit the public’s guilt and receive undeserved credit.

Mostly though, the average American just gives a lot of “thank you’s.” That may satisfy their psychic guilt, but is ultimately useless.

I don’t want a cheap thank you. I don’t want to board the airplane first. I don’t want your first-class seat. I don’t want free admission to amusement parks. I don’t want you to pay for my meal. I sure as hell don’t care if you put a yellow ribbon sticker on your car. All of that is meaningless. It only allows Americans to assuage their guilt and feeds an outsized sense of entitlement among many veterans.

For those of military age, I don’t want to hear your lame story about how you almost joined, except your parents wanted you to go to college or you had an injury that somehow still doesn’t affect your ability to do sports. If you were half as patriotic as the bumper stickers on your truck are, you’d have joined. That would have actually entailed work, though. One of those stickers says, “I support our troops.” If you meant that, you’d enlist.

I know that not everyone can join the military. That doesn’t mean that they can’t serve. If a career in military service isn’t in the cards, America’s volunteer fire departments in rural areas and police auxiliaries in urban areas always need members. Volunteers in the Coast Guard Auxiliary and Civil Air Patrol provide valuable contributions to both national security and public safety. AmeriCorps members provide important services to their fellow Americans. Even the Peace Corps promotes American national interests abroad while helping people throughout the world. Put up or shut up, America.

Not everyone can or should pay for America’s freedom in blood, but a little sweat is not too high of a price to ask.

As far as what you can give to veterans, don’t bother with the handouts. Just make sure veterans get what they were promised when they joined. Benefits don’t need to be expanded. All they have to do is honor the promises made when veterans raised their right hands. No one joined the military to get rich, but they did join anticipating that retirement, healthcare, and benefits would not be changed after they gave their blood, toil, tears, and sweat. Don’t let Congress make veterans sacrifice twice.

Don’t thank a veteran. Stand by a veteran. That’s a lot harder, but a lot more worthwhile.

Carl Forsling is a Marine MV-22B instructor pilot and former CH-46E pilot who has deployed in support of multiple combat and contingency operations. Follow him on Twitter.