Service members and veterans are attractive candidates for any college or university. There are many esteemed universities that court us... 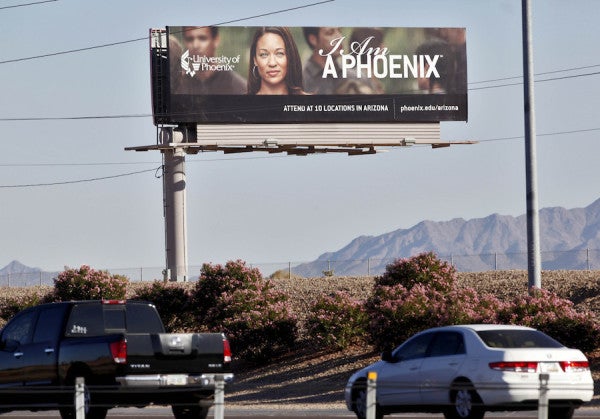 Service members and veterans are attractive candidates for any college or university. There are many esteemed universities that court us for the diversity and dynamic perspective we bring to campus, but some other schools want us for other reasons. We often are suckered into attending schools that are more expensive, have lower graduation rates, and are perceived as worthless by many employers.

Why do these predatory for-profit colleges want veterans so badly? Follow the money. Service members and veterans provide guaranteed money through tuition assistance and G.I. Bill programs. That is money that these organizations can use to justify traditional students, who often rely on loans to fund their education, especially federal financial aid. In fact, according to a Senate report published last year, every dollar from a service member or a veteran lets a college or university make nine more dollars from other students.

Some members of Congress are working to fix this enormous problem for veterans seeking an education. But until this incentive is removed, for-profit groups will continue to target the military and veteran populations.

But as a service member, you see none of this as you explore your educational future. The most aggressive for-profit schools focus on the things that you care about, such as transferring credits, class flexibility, and out-of-pocket costs.

Even though the themes are similar, each college sells you in its own way. The University of Phoenix offers specialized military recruiters “who understand the culture and lingo you’re used to.” American Military University says that it is cheaper than the other online options.

The problem with all this is that it adds up to a completely unjustified impression that for-profits colleges, especially their online programs, are somehow the best option for a service member or veteran. This is probably not true for many of us. Don’t get sold by a for-profit school, or any other. You need to give college a lot more thought.

The most important thing to examine is the claim about employment. Are for-profit colleges better at helping graduates a job than traditional options? The answer is almost certainly no. A recent study by the National Center of Longitudinal Data in Education Research suggests that job seekers should focus on public options. Researchers sent out thousands of resumes, some listing for-profit, two-year degrees and others with a corresponding public degree. There was no significant difference in employer responses, meaning they are basically the same as far as employers go. If you’re using your resume to apply for jobs, don’t count on a for-profit degree.

Consider the latest political arguments over a Department of Education regulation going into effect on July 1. The gainful employment rule requires that graduates from all colleges and universities maintain an average debt ratio below 8% (for total income) or 20% (for discretionary income). If a for-profit school fails to achieve one of these two benchmarks, it will be at risk for losing its ability to participate in taxpayer-funded federal student aid programs.

The Association of Private Sector Colleges and Universities, which already killed several similar regulations, is fighting this one, too. It’s not hard to see why: the Department of Education reported that of the 1,400 institutions that would fail to meet these standards, 99% of them are for-profit groups. These groups are currently educating over 840,000 students across the country.

The next big claim many for-profit schools make is about cost. They often present themselves as the cheapest option, with special rates for military and veteran students. There is no nice way to say this: It’s a lie. When you look at private options, you will be paying an average of $15,130, versus $8,893 for public four-year schools and only $3,264 at public two-year schools.

You are not getting much for your money, either. Default rates for student loans are three to four times higher for students who attended for-profit schools. Government data looking at graduation rates for four-year institutions shows a big gap among colleges and universities. Across the board, nonprofit institutions do best, followed by public institutions, with for-profits dead last. Retention rates follow the same pattern.

The last thing to consider is difficult to quantify, but it’s the most important consideration. Ask yourself, “What do I want out of college?” Do you just want to get a degree, and that’s it? Be careful about the “check in the box” mentality. College is about more than a piece of paper.

That “check in the box” attitude can get you into trouble. For-profit organizations make a strong case for transferring credits, which should help you fast track to a degree. Sounds good, but many times, you will not actually receive a lot of the credit you are promised. Transferring for-profit credits to other schools is very difficult. If you are going to transfer, it’s much better to choose public options that are located in the same area. That’s how 90% of transfer credits happen. In any case, many successful veterans recognize the importance of college as a time to familiarize themselves with civilian culture again. It’s good for veterans to spend time working with civilians, especially in collaborative environments like classrooms. As a friend put it, “You don’t want to talk to your first civilian at a job interview.”

A degree is a great thing to have in today’s economy. Whether you are going to be an officer, want points toward a promotion, or are looking for a pathway to a good career, it is critical to understand what a degree can do for you. Don’t let someone else rush you into one of the most important decisions of your life.

UPDATE: Portions of this article that refer to DeVry University's marketing practices have been removed after DeVry agreed to a $100 million settlement of a Federal Trade Commission lawsuit “alleging that the school misled prospective students with ads that touted high employment success rates and income levels upon graduation,” according to the FTC. That marketing language referenced in the article is no longer used. (Updated 2/27/2017; 11:49 a.m.)