We Live By A Strict Code Of Military Ethos And Values — How Does The Bergdahl Deal Square With That?

I was in my small fire base’s tactical operations center on June 16, 2006 when two soldiers were captured from... 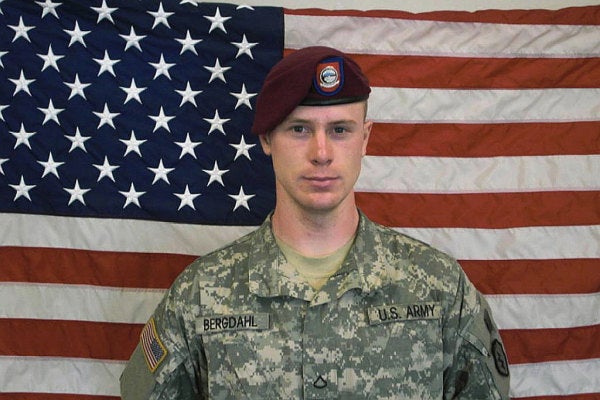 I was in my small fire base’s tactical operations center on June 16, 2006 when two soldiers were captured from an outpost in southern Baghdad. The normal chatter of grids for improvised explosive devices and small arms fire on the movement tracking system quickly turned into an abnormal message: All convoys and patrols on the road needed to immediately stop and set up checkpoints and search every single vehicle because two soldiers had been captured. Over 8,000 Iraqi and American troops and a plethora of aircraft joined the search, resulting in 12 wounded troops and one death. The mutilated bodies of the two soldiers were found three days later, rigged with so many IEDs that it took the explosive ordnance disposal team 12 hours to reach them.

Every soldier who serves knows the consequences if they fall into enemy hands. During the wars in Iraq and Afghanistan, the United States has always had a policy of not negotiating with terrorists. Everyone who served knows that. Your options are try and escape, hope you are rescued, or pray for a quick death.

Although the concrete details surrounding Army Sgt. Bowe Bergdahl’s disappearance were unknown publicly for the last five years, the recent swap that released him from Taliban control has brought new information to the forefront. Soldiers who served with him have come forward to say that his desertion was premeditated. A 2010 Defense report shows the Pentagon knew he deserted and was not captured on patrol or kidnapped from their combat outpost. Reports also show that Special Forces not only knew where he was being held on various occasions, but knew exactly how many were guarding him. Military leadership chose not to go after him because they did not want to expend additional lives on a deserter.

We live by a strict code of military ethos and values. At the top of the list is “leave no man behind.” But what happens when that man chooses to be left behind and deserts his post? What happens when the man needlessly puts the lives of his fellow soldiers at risk? At least six troops died in the wake of Bergdahl’s premeditated disappearance, and a number of others due to the reallocation of resources. We all take a vow that we will never leave a man behind. But what happens if the individual wants to be left behind and endangers the lives of his fellow soldiers in the process? At what point do we cut our losses? Is it a question of lives lost? Is it a question of resources expended or reallocated from our main objective? Or do we not cut our losses and continue to sacrifice men and equipment at whatever cost? Does our military ethos have limitations, or is it an open ended contract, regardless of the circumstances? These are all questions that the military community needs to ask throughout the Bergdahl debacle.

But personally, my first question for Bergdahl would be “what is your first General Order?”

J.R. Salzman is a wounded warrior who served with the Army National Guard as an infantryman in Iraq. He works as a freelance writer covering military and law enforcement. Follow him on Twitter.