Gen. George S. Patton, Jr., wrote: “The soldier is the Army. No army is better than its soldiers. The Soldier... 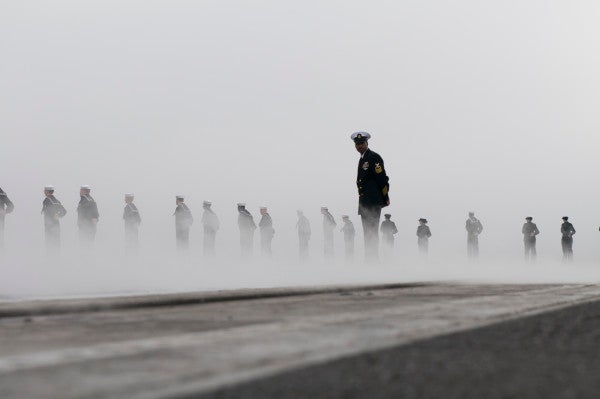 Gen. George S. Patton, Jr., wrote: “The soldier is the Army. No army is better than its soldiers. The Soldier is also a citizen. In fact, the highest obligation and privilege of citizenship is that of bearing arms for one’s country.”

During a time in history when fewer Americans are bearing arms for their country than ever before, this essential connection between the military experience, soldiers and citizenship is becoming lost. Americans today, at all levels of society and government, are more disconnected from the shared sacrifices made by members of the military than ever before.

To describe this social phenomena, experts have coined the term “civilian-military divide.” In a 2012 article in The Washington Quarterly, retired Lt. Gen. and former Ambassador to Afghanistan Karl Eikenberry traced the civilian-military divide back to three primary factors. First, the end of the draft and the formation of an all-volunteer force has led to fewer Americans joining the military across socio-economic boundaries. Instead, military service is becoming more concentrated in families with traditions of military service, increasingly isolating the realities of service from vast swathes of the American populace.

The second factor identified by Eikenberry has been the advent of technology that has increasingly isolated civilians from the military by requiring fewer Americans to take on the task of fighting America’s wars. As a result of federal expenditures on our military dropping to 20% of the federal budget (compared to 45% at the height of the Vietnam War), the personal impact of fighting America’s wars has decreased significantly for American taxpayers. Finally, the fact that the military’s role has been expanded far beyond the traditional battlefield into areas such as nation-building and cybersecurity has resulted in an almost incomprehensible military experience to the average American. As Eikenberry and his co-author David M. Kennedy elaborated in a 2013 New York Times op-ed, “Together, these developments present a disturbingly novel spectacle: a maximally powerful force operating with a minimum of citizen engagement and comprehension.”

This is borne out by the numbers. A 2011 Pew Research Center poll reported that despite the war in Afghanistan, the longest conflict in American history, less than one half of 1% of all Americans have served in uniform during the last ten years, and only 7% of all Americans alive today are veterans. This pattern is repeated among our elected officials. In 1977, shortly after the end of the Vietnam War, 77% of the House and Senate had served in the armed forces. Today, only about 20% of officials in Congress have military experience.

That is not to say that American’s don’t like their military. The Pew study reported that Americans overwhelmingly feel pride in those who served and appreciate their sacrifices. The same poll, however, cautioned that 71% of respondents said that they knew little or nothing about the problems faced by military personnel. On the same note, some 84% of post-9/11 veterans agreed that the public does not understand the problems faced by those in the military or their families.

As the recent documentary “Bridging the Gap” — which premiered at the GI Film Festival in Washington D.C. — said about the growing divide, “The Army is at war and America is at Walmart.” “Bridging the Gap” highlights the divide that was created when many of America’s elite and Ivy League universities ejected Reserve Officer Training Corps programs as a result of the Vietnam War, beginning with Columbia University in 1968. The removal of ROTC at America’s top educational institutions created a generation of academic leaders with no institutional understanding of military service and little connection to peers joining the armed forces.

There is fault on both sides: Our military bears some responsibility for the growing civilian-military divide. Phillip Carter and retired Army Lt. Gen. David Barno, both post-9/11 veterans, explained in a Washington Post op-ed last year that “troops and their families live and work on massive military bases, separated geographically, socially, and economically from the society they serve.” They concluded that “the military’s self-imposed isolation doesn’t encourage civilian understanding, and it makes it difficult for veterans and their families to navigate the outside world.”

Experts have long questioned how to address the civilian-military divide. In the New York Times op-ed previously mentioned, Eikenberry advocated for the return of a draft lottery to make up for shortfalls in military recruitment and “weighted to select the best-educated and most highly skilled Americans, providing an incentive for the most privileged among us to pay greater heed to military matters.” According to Eikenberry, the introduction of a draft lottery would reintroduce the concept of service as a “civic obligation.”

Others have advocated a different approach. As George Washington put it,

It may be laid down as a primary position, and the basis of our system, that every Citizen who enjoys the protection of a Free Government, owes not only a proportion of his property, but even of his personal services to the defense of it.

The Franklin Project, run by the Aspen Institute and chaired by retired Gen. Stanley McChrystal, takes this approach by advocating for all young Americans to undertake a year of universal, voluntary national service. This service could be either military or civilian, taking the form of programs such as Teach for America, AmeriCorps or the Peace Corps. The central premise behind the Franklin Institute is to unite Americans in a shared understanding of the importance of national service, sacrifice, and national pride.

It is incumbent upon all of us to address this growing divide. While reinstituting the draft is a novel approach, in today’s polarized political atmosphere, the idea is unworkable. Instead, advocating for national service across boundaries of social and economic classes has significant merit and can reinstill the concept of national service in Americans with little connection or interest in the military. The creation of a culture where it is expected that young Americans would volunteer time for national service, whether in the military or in a civilian capacity, could make significant inroads into the challenge of bridging the civilian-military divide. The collective experience of volunteering, serving one’s community, and making a personal sacrifice could bring disparate parts of American society together.