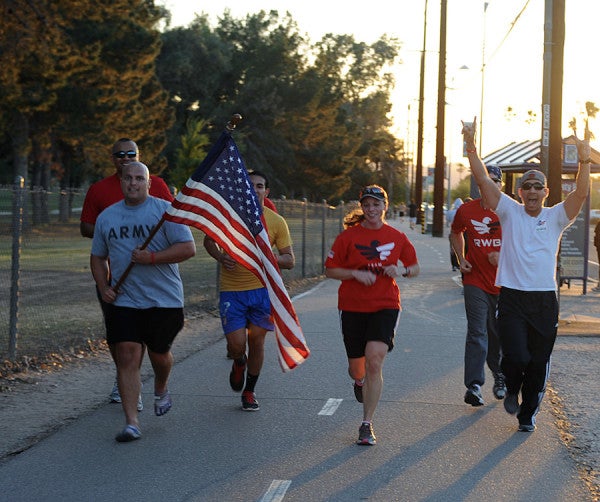 The civilian-military divide has become increasingly more visible in American society. A new study released this month provides data revealing that many Americans continue to buy into veteran stereotypes. For example, despite the homeless rate among veterans being at its lowest point since 2009, almost half of those queried in the study said they associate the homeless with veterans. Additionally, over a quarter of those interviewed also associate mental health problems with veterans.

The data paints troubling picture: a dichotomous view in which vets are portrayed as either victims or heroes. Neither of these extremes do well to represent the wide range of veterans in America, or their experiences at war. But growing along with this new generation of veterans are organizations looking to bridge the civilian-military divide by bringing veterans and civilians to a new point of mutual understanding through increased inclusivity, reforming the narrative around veterans, and demonstrating the skills and leadership of service members to communities across the United States.

Got Your Six, the organization behind the study about veteran stereotypes, is looking to change the minds of Americans through one of the few ways they do interact with vets: the media. The organization was established in a 2011 meeting between movie studios, TV networks, and veterans groups to discuss veterans issues, where they realized the need for a collaborative partnership. Much of what people perceive about military service is gleaned from popular mediums like film and television. Chris Marvin, former Army officer and managing director of Got Your Six, describes the organization’s approach: “We’re taking the real research-based, data-driven scenarios, and allowing them to unfold through film and television, which is one of the best mediums to reach the American public.”

From Marvin’s perspective, it’s important to normalize veterans, to move away from the bipolar views of vets as charity cases or heroes on a pedestal. Instead, Got Your Six tries to portray vets as regular people, who work and serve in their communities like anybody else. The organization also works to diminish common stereotypes about veterans, including the perception of veterans being a large part of the homeless population.

According to Marvin, “Less than 10% of the homeless are veterans, and veteran homelessness is at an all-time low this year.” Indeed, homelessness among vets dropped by 24% since 2009, according to the 2013 Annual Homeless Assessment report to Congress. Marvin also says the common stigma linking between post-traumatic stress disorder and military service is misinformed: “Mental health is not just a veteran problem, mental health is a human problem. Ninety-five percent of Americans who have PTSD are civilians. A problem that affects lots of Americans shouldn’t be pigeonholed on veterans.”

In partnering with the entertainment industry, particularly those who write, direct, and otherwise create the TV and movies Americans consume, Got Your Six is also working to change the image of veterans in the eyes of society from heroes and victims to neighbors, co-workers, and community leaders.

Camaraderie and physical team-building exercises are key aspects of the military experience, and another organization, Team Red, White and Blue, wants to leverage that toward creating a better connection between civilians and vets. Team RWB was created in 2010, when founder Mike Erwin saw the need for an organization that could fund and organize activities that would connect veterans and civilians. Today, there are local chapters all over the country. Joe Quinn, Army veteran and Northeast regional director for the organization, says non-veteran participation is key: “It breaks that ‘other’ capacity, and you really get to know people. So rather than ‘Oh, there’s that veteran, he must have been in Western Iraq,’ its ‘There’s John, he has a wife and two kids; he’s part of the community, he’s a Mets fan. Oh, and by the way, he’s a veteran.’”

The team element is an important part of Team RWB because it impels people to participate and connect with each other. “You don’t know who’s a veteran, who’s a civilian, who’s Navy, who’s Air Force, who’s Coast Guard — you don’t know any of it. So how do you find out? By engaging; by conversation,” Quinn explains. Another important concept for Team RWB is expanding the conversation outside of the traditional moments that influence Americans to think about vets, such as Memorial Day and Veterans Day. “I think the consistency is what people need to continue — continue to be involved.” The elements of inclusivity and local involvement are the key to future success, Quinn says. “When veterans of all generations and civilians in the community get together, they can solve any problem.”

For many veterans, a sense of duty lingers after their time in the military ends. Two service organizations aim to harness this feeling in order to foster links between returning veterans and communities in need: Team Rubicon and The Mission Continues. Team Rubicon grew out of a disaster-relief mission to Port-au-Prince, Haiti, after the 2010 earthquake. The founders, Jake Wood and William McNulty, recognized the value of military training, mindsets, and leadership in disaster response. The Mission Continues was founded in 2007, after CEO and Navy SEAL Eric Greitens realized that many veterans still nursed a desire to serve after separating from the military. Aaron Scheinberg, who served as a tank commander and platoon leader in the Army and is the New York City regional director for The Mission Continues, says a key mission is demonstrating the leadership capabilities veterans can provide to the community. “We want people to see … military service as something that is beneficial for our country and see the skills that you bring in when you come back,” he says.

The Mission Continues organizes members in platoons that take on action-based community projects around the country, working in conjunction with local community organizations and businesses. There’s a real effect in the community once a platoon starts its work, says Scheinberg. “People get it right away.”

Lourdes Tiglao, a regional communications manager for Team Rubicon and an Air Force veteran, finds that service projects like disaster relief provide an avenue for veteran reintegration. “They feel that loss of identity, that loss of purpose, a loss of a sense of community. So with Team Rubicon, with the service projects that we do … they find that get some of these things back,” Tiglao explains. A big part of incorporating civilians into that community involves overcoming barriers imposed by military rank or status. “If we’re on an operation, it could be a civilian person that’s in charge of that group, and it’s because they’re the best person that’s qualified to be in that position … It’s a matter of coming together for a common purpose,” she says. Team Rubicon and The Mission Continues provide opportunities for veterans and civilians to pool their skills and work at improving the communities they live in, while creating new connections that foster a deeper understanding.

As the new generation of veterans comes home, new organizations are stepping up to give veterans a chance to connect with the rest of society, change damaging stigmas, and demonstrate how the skills and leadership they honed in the military can serve everyone at home in their communities. Some things will always set veterans apart from their fellow Americans, but that does not mean the gulf between civilians and the military needs to remain the status quo.