As a civilian pursuing defense policy and the daughter of a fighter pilot, I see the divide between the military... 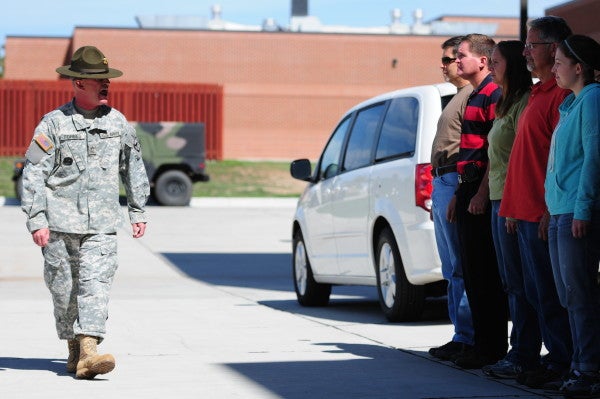 As a civilian pursuing defense policy and the daughter of a fighter pilot, I see the divide between the military community and the civilian population growing ever wider. From my perspective, one of the biggest problems fueling the military-civilian divide is that most civilians are far removed from military service. The degree of separation for the average citizen means that the challenges facing a wartime military remain isolated, in contrast to previous conflicts where rations, taxation and the draft meant that conflict engaged the entire population in the war effort.

As then-Secretary of Defense Robert Gates noted in a 2010 speech at Duke University, “whatever their fond sentiments for men and women in uniform, for most Americans the wars remain an abstraction. A distant and unpleasant series of news items that does not affect them personally.” The vast majority of Americans know about the military through their favorite movies or a passing story on the nightly news rather than their own personal experiences.

Since the transition to an all-volunteer force, military service has largely become the duty and sacrifice of the few. The country has been at war for more than a decade and most of the population simply doesn't seem to notice anymore, a perception that harms efforts to bridge the civil-military divide. The military continues to represent a shrinking percentage of our overall population — current estimates put it at less than 1%, and the military is beginning a drawdown — and the danger of isolation grows, which is detrimental to both the military and civilian populations.

Though reinstating the draft to ensure a cross-section of the country serves will never pass political muster — nor is it currently necessary— we must look for ways to re-integrate military service into our collective consciousness. We need to find a way to ensure the entire country is invested in the future of the military.

At a time when most of the military services have had little trouble meeting or even exceeding their recruiting goals, it's unlikely that there will be a marked change in the demographics or number of young people who are joining the military. Therefore, the focus needs to be on how we can use the current resources at the disposal of the military and the public at large to bring citizens closer to the military. In my experience, many people would like to help, but aren't quite sure where their efforts may fit in the greater picture of providing assistance to the military community.

Much of the current media spotlight focuses on the outliers: winners of the Medal Of Honor or those who storm onto Fort Hood and open fire. These stories are certainly worthy of news coverage, but there also needs to be a greater effort to highlight the rest of the military and its everyday achievements and struggles. Whether it's from the perspective of the child or spouse of a deployed service member, or from a recently separated sailor struggling to be hired in an increasingly competitive economy, our country would be better served by increased media efforts on different ways of contributing to the military community. Rather than a 60-second commercial on why you should join the Air Force, maybe it's time for military public affairs to partner with thoroughly vetted non-profits to spotlight the work they're doing and how ordinary citizens can volunteer their time or money.

As then-Chairman of the Joint Chiefs of Staff Admiral Michael Mullen addressed at National Defense University, “they care a lot about great young men and women that they know. Many of them don't know that many, and it just speaks to the disconnect.” Though the divide is a multifaceted problem that does not have an easy solution, taking concrete steps to try to reintegrate veterans and active-duty military with the public at large can lead to further understanding of the struggles faced by the everyday soldier and his/her family.

There is a responsibility on the part of the military to take a bigger role in connecting troops to the public and publicizing those non-profits that can allow everyday Americans to affect lives for the better.

Amy Schafer is currently a defense policy research intern in Washington, D.C. She has worked previously as a policy intern in the Office of the Secretary of Defense and is a 2013 graduate of the College of William & Mary.