The Navy’s Retention Plans Are Improvements, But Still Not Enough

The most common reaction I have encountered when I mention my plan to resign my active-duty commission is a shrug... 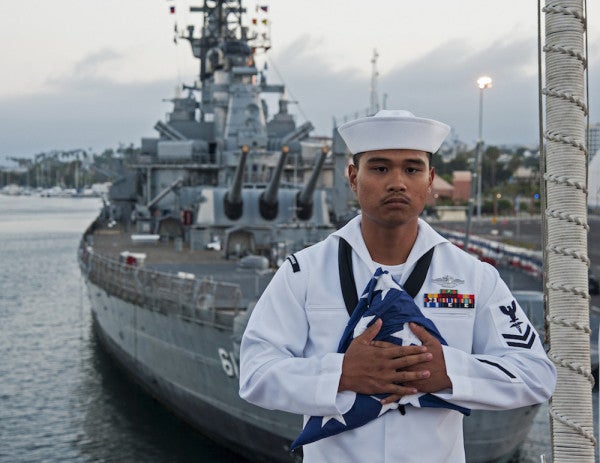 The most common reaction I have encountered when I mention my plan to resign my active-duty commission is a shrug and the response, “It’s always the good ones.”

I was one of the 5,500 respondents to the widely publicized 2014 Navy Retention Survey, which was conducted and published earlier this month by an independent commission comprised of active-duty service members.

Based on my own experiences as a naval officer, I believe its findings are spot-on. The survey found widespread dissatisfaction with work-life balance, highly scripted career paths, longer deployments, a sea-shore rotation that is in conflict with family life. While higher in some enlisted rates and officer designators than others, the trends were widely the same across all fields.

In response, the Navy is attempting to offer service members more flexible career options. All of the initiatives being considered are certainly a step forward in the effort to retain quality personnel: expanding the Career Intermission Program, more dynamic rotations between Reserve duties, increased pay for longer deployments, better sea-shore rotations. But these efforts fail to address many other issues endemic to an organization that, like it or not, maintains the status quo unless forced to change by external pressure.

These are great ideas, but they are not enough. The Career Intermission Program only admits 40 people per year — 20 officers and 20 enlisted. Even expanding it by 100% will not make a dent. Reserve funding is being cut as the war in Afghanistan draws to a close. Getting paid more for a longer deployment does not fix the personal issues that arise both on ship, and especially at home, during a long deployment. These thoughtful initiatives fail to holistically address the issue of why the best personnel are leaving.

All of my close friends who are fellow junior officers have wavered about remaining in the service or separating at their minimum service requirement. For those of us who decided to separate, we have remained longer than required, but nearly all of us had a distinct moment when we leaned toward resigning our commissions. It wasn’t because we weren’t going to be able to go to graduate school, or were denied a billet that was our top choice. No, it was because there was a point when we realized that the Navy didn’t really care about us as people, only as assets.

Some may say that this attitude can be blamed on a younger generation of highly individualistic millennials who reject the status quo. Those with this belief are highly represented among senior decisionmakers in the military, and tend to maintain that, “It was good enough for me, so it should be good enough for them.” A more accurate phrasing of this attitude is, “It sucked for me, so it should suck for them.”

This opinion perpetuates the status quo, and ensures the best personnel will leave for a civilian workforce that increasingly recognizes in order to get the most out of its employees, people must be treated as people and not as disposable or interchangeable tools. Furthermore, it ignores how strongly many millennials feel the call to serve — both in and out of uniform.

I have had incredible mentors who not only helped me succeed, but also excel. I was fortunate enough to receive support finding a billet where I could make use of unique talents I came into the Navy with, temporarily evading a relatively mundane job that most of my peers were being sent to because of the “Needs of the Navy” and the scripted career path. Although I am ultimately leaving active duty for graduate school and the Reserves, I will have stayed in the Navy nearly twice as long as my minimum service requirement.

As I was nearing the end of my first tour and second deployment, close observations made me realize I didn’t want my boss’s job. I didn’t want to follow a generic career path where “hitting the wickets” was more important than applying my skills. I realized that it would be decades of military service before I could actually make an impact. Otherwise, I would usually just be another bureaucrat in an armed, specially trained pyramid of bureaucrats.

Additionally, like many other young professionals, I have had to choose between my personal life and my career, except on an extreme level. Every single relationship I have been in since joining has rapidly become long distance. I have been “Dear Janed” by a partner, ironically also in the military, who met someone while I was at sea. For military couples who marry, detailers tend to treat spousal co-location like a good deal, and not like the policy it is, which means every two-to-three years, couples worry if they will have to endure another long separation.

I do not believe we should make people miserable merely because we are in the military. As long as the mission can be supported, why can’t we take care of our own?

A sailor’s wife, pregnant with their first child, goes into labor while he is in Afghanistan. There is a flight leaving for Germany, and ultimately to the states, in 20 minutes. He can find someone to cover his duties for a few weeks. His officer-in-charge gets him a seat on the bird. Most other leaders grumble that they were never afforded such compassion, and that we should not have allowed him to leave — just because. Yet, the sailor is home for the birth and the first few days of his young son’s life. The sailor is re-enlisting.

Two sailors in a long-term relationship are scheduled for back-to-back deployments. She deploys first to a non-combat zone that he would be able to visit as a tourist. His leave chit, for a period of time that spans allotted pre-deployment leave, is denied because he will be “too far away and we may have to surge” — which is actually not even a remote possibility. As a result, they are denied the possibility of seeing each other for a year. Both are highly decorated and accomplished. Both had been wavering about separating from the Navy. And now both are leaving.

When I was an officer candidate on the verge of commissioning, a senior chief petty officer reminded my company, “Mission First, Sailors Always.”

We have forgotten that lesson.