My 20 years in the military are drawing to a close. I don’t feel like a retiree. Most times, I... 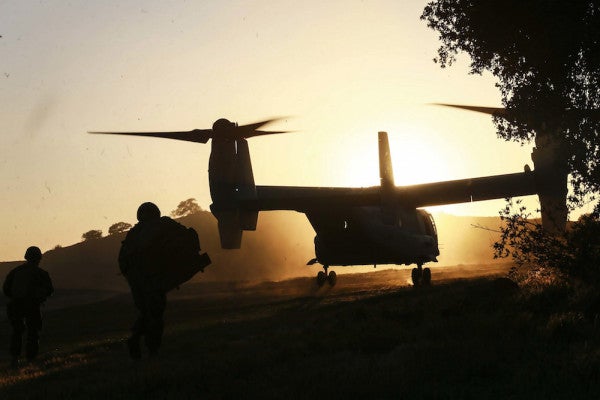 My 20 years in the military are drawing to a close. I don’t feel like a retiree. Most times, I don’t even feel any older than when I joined, even though a look in the mirror and my pained grunts getting out of bed some mornings say differently.

Good times, bad times, and times that I just can’t categorize very easily fill my mind. I can’t even categorize whether I’m happy or sad at reaching this milestone and the end of my active service. It’s almost like watching one’s kids going off to college, or getting married — proud and happy, but somehow sad at the same time.

Related: 30 Things I Learned In The Air Force »

There are a few things this time has taught me about the military. You’ve heard shiny happy cliches from a hundred others. They are all true. Here are some other lessons that you may not have thought about.

1. Someday, everyone quits, get fired, or dies. Plan accordingly.

Your days in the military are numbered from the day you take the oath. Some will go a full career and reach a mandatory retirement of one kind or another. Some go on to hitch and ditch. Some fall along the way. However, your time in the military ends; that time is finite, and tomorrow is never guaranteed. Whatever its faults, the military gives people opportunities to see and do things that most others never will. Take advantage of every opportunity, because someday that opportunity will be gone. Go outside your comfort zone and don’t be afraid to fail.

2. You can love the Corps (or Army/Air Force/Navy), but the Corps won’t love you back.

Military service is a team sport. When it comes to accomplishing the mission, always put others before yourself. That is the essence of service. At the same time, don’t let yourself be the one always taking the big green weenie for the team — the team being the military as an institution. There’s a difference between being a team player and being a sucker. Sticking around for bad deal after bad deal isn’t always service. Sometimes it’s masochism. You’re rarely more than four years from quitting (see above). Stay in the military because you love the military; not because you think it loves you. It will leave you like a two-dollar whore if that’s in its interests. It’s up to you to set yourself up in the relationship so that you’re okay if that happens.

3. The first four years are for your country. The next 16 or more years are up to you.

Every American owes a debt to his or her country for living in an amazing place. Not everyone can or should pay that debt by military service, but every service member who puts in an honorable term of service has certainly paid it back in spades. After that, whether you spend your career in the military should come down to whether it is the right thing for you. Not whether it’s right for the military as an institution. Not whether your parents like it. Not whether your spouse likes it (unless it’s the right choice for you and your family job-wise). It comes down to whether all the rewards of military service — monetary, spiritual, psychological, social, etc. — outweigh the costs. Be honest. Make the right call for you. Then don’t look back. And don’t complain about it.

4. “Everyone says that the old Corps was better. I tell those people, ‘Then what are you doing about it, motherfucker?’”

I’ll never forget those words coming from an old staff sergeant I worked with many years ago. Everyone complains about how the new “boots” are so much worse than when the speaker joined 20, 10, five, or one year ago. Their uniforms are horrible, their bearings are disgraceful, they don’t know military courtesies, blah, blah, blah. Those doing the complaining probably walked past a dozen troops failing those standards just today without saying anything. If you don’t correct the problem, you’ve lost the right to complain about it.

5. This job is about people.

The military isn’t about parades and flags. They could case the colors that say “United States Marine Corps” tomorrow and I wouldn’t bat an eye. The country doesn’t need a Marine Corps, per se. It needs Marines. The same is true of every other service. Don’t worry about the big picture when you aren’t in charge of drawing it anyway. The leadership may be lacking from time to time, but if you can keep your little corner of the service taken care of, consider it a day well spent.

6. Someday, every pilot goes to his aircraft for his last flight. The lucky ones know when it’s going to be their last. The unlucky ones don’t.

That’s an aviation-specific saying, but it’s true for every job. Someday, you will fly your last military flight, shoot your last military weapon, or file your last military travel claim (thank God). Anyone who has served long enough knows others who weren’t lucky enough to make it that far. The best way to honor those individuals is to treasure every day we have, because someday our last day will come too, and probably without warning. Everyday, we need to mentally and spiritually throw a wake for those who’ve fallen. Don’t sit shiva.