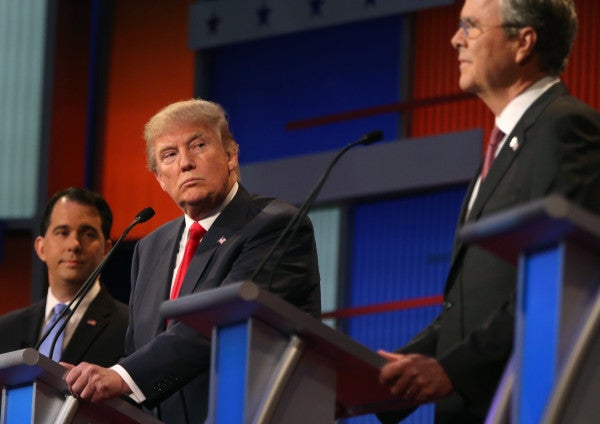 In the final minutes of the debate, in the middle of a question about whether the candidates had spoken to God, Fox News host Megyn Kelly interrupted the responses to ask about America’s veterans, saying a woman in the audience implored her to do so. She then asked Florida Sen. Marco Rubio to respond about talking to God and America’s veterans, a formidable challenge that the senator handled deftly.

Who was this woman who upended the nationally televised debate and forced veterans into the conversation?

Her name is Jane Horton, and she understands the notion of military sacrifice better than most. Horton is a gold-star widow. Her husband, Spc. Christopher Horton, was killed in action in Afghanistan Sept. 9, 2011, when his unit was attacked with small-arms fire. The U.S. Army sniper was only 26 years old.

Horton confirmed on Twitter that she was the one who forced the issue.

@PaulRieckhoff yes I did- me and another widow here. Can't forget about vets!!!!

A 2012 profile on the conservative news site the Blaze featured Horton’s thoughts on her husband from an earlier blog post.

Now, on a national stage, it seems Horton wouldn’t take no for an answer.

“The thing about Jane is that she is a tenacious advocate for our community and that she has a powerful way to make people remember,” Paul Rieckhoff told Task & Purpose. Rieckhoff is the founder and chief executive of Iraq and Afghanistan Veterans of America, a national non-profit devoted to the vets of America’s most recent wars. “She puts forward that personal sacrifice because she doesn’t want Chris to be forgotten and she doesn’t want our community to be forgotten.”

The debate was winding down when Horton approached Kelly at the moderator’s table, and it seemed unlikely that a question on veterans was in the works. Her bold act had big implications.

“[Horton’s] actions made us feel like someone was fighting for us. We were all screaming at our televisions … last night,” Rieckhoff said. “Most of our community were waiting to hear our name, waiting for almost two hours … At that point of the night, it seemed like it wasn’t going to happen.

“I hope that Jane speaking up is a painful lesson learned for the folks running these debates. If you don’t mention our community, we’re going to make you mention it,” Rieckhoff added.