Since the launch of Task & Purpose Radio, I’ve received a lot of feedback commenting on my apparent dislike for... 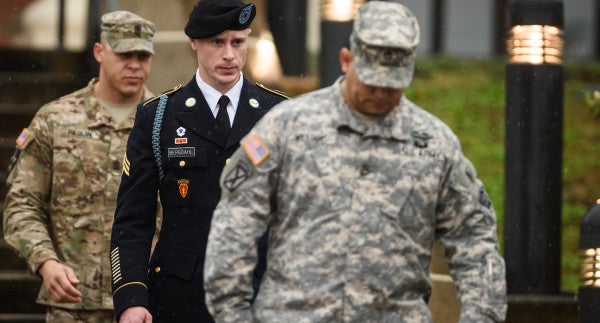 Since the launch of Task & Purpose Radio, I’ve received a lot of feedback commenting on my apparent dislike for Serial and Sarah Koenig. It’s true, I’ve been very critical of the podcast’s coverage of the Bowe Bergdahl case in season two, but when I created Task & Purpose Radio, the goal was to enhance the narrative Serial is telling, not tear it down — I know this is not an easy story to tell.

It’s also not an easy story to listen to.

I have a very strong physical reaction to listening to Bergdahl’s account of his captivity. My heart races; a tightness in the pit of my stomach creeps into my chest cavity. I can’t sit still and have to stop the podcast and take a break. I know this is a result of Serial’s ability to combine tone, narrative, and music perfectly to pull its listeners into the story. I’m not just listening to it, I am experiencing it. It’s impossible for me to listen to episode three and four without developing a strong feeling of empathy for Bergdahl and what he endured. As one human to another, I am in awe of his ability to survive five years of torture and isolation. I ache thinking about the physical and mental scars he will bear for the rest of his life from his captivity.

And I commend Serial for its ability to cause physical reaction through storytelling like few other programs.

Related: Listen to the latest episode of Task & Purpose Radio for analysis on Serial.

But then when I think about Bergdahl’s actions — why he ended up in captivity in the first place, his decision to walk off base, and how that decision impacted so many men and women — I can’t negate the suffering that so many others went through as a result. The Army says that no one was killed in action while undergoing recovery operations, but Michael Waltz, a retired Special Forces officer who led teams on night raids in Ghazni in 2009 following any bit of intel to track down Bergdahl, pointed out something important to me.

Waltz was interviewed in episode two of Serial by Koenig and he describes walking into a booby-trapped compound that his team only escaped “by the grace of God.” On a call with me on Thursday, Waltz said all of the assets that were directed toward recovery operations were taken from somewhere else — from troops in Afghanistan who were then left without the resources they needed to complete their mission without increased risk. It’s impossible to know what that impact was, but it can’t be ignored. Bergdahl’s disappearance put service members at extreme risk unnecessarily, bottom line.

And this is where I am the most conflicted over Serial, season two. Listeners of season one typically rallied behind Adnan or Jay; it was clear that somewhere in this crime, someone was lying. Season one left room for listeners to identify whom they believed was the criminal and who was the victim. Because as consumers of information, that’s how we absorb information; we categorize it in ways that we understand and can relate to — good guys and bad guys.

In Bergdahl’s case, I guess the criminals can be considered the Haqqani network, Bergdahl’s captors. Then that makes Bergdahl the victim, but it’s just not that simple. And it shouldn’t be. He needs to be held accountable for his decisions, even if those decisions led to some of the most horrific treatment of a POW in recent history. And frankly, it’s a dangerous sentiment to say that we let the enemy determine punishment. Bergdahl still needs to face the military justice system.

And so while Serial’s in-depth examination of Bergdahl’s survival evokes in me a deep sense of compassion and need to offer some sort of pardon, I have a responsibility to remember the bigger picture, as does the Army.

I hope Serial will do the same as it continues to tell this story.