US Navy seizes massive shipment of ammo, explosive material in Gulf of Oman

The ship was carrying more than 50 tonnes of munitions, fuses and propellant for rocket propelled grenades. 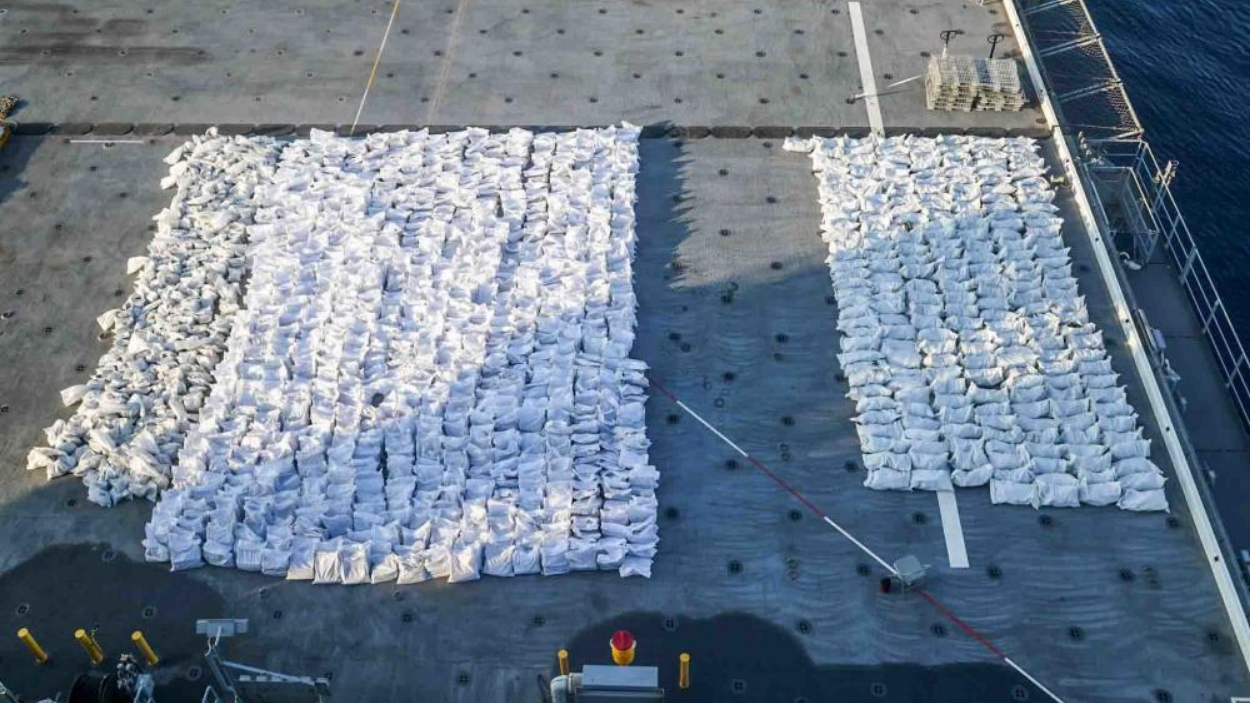 For the second time in less than a month, the U.S. Navy intercepted a ship passing through the Gulf of Oman and seized a large shipment of illicit weapons bound for Yemen..

The Navy made the interception on Thursday, Dec. 1. Sailors with the Navy’s 5th Fleet stopped a fishing trawler in the gulf. During a flag verification boarding, they found a large cargo of munitions and chemical propellant. The sailors seized 1.1 million rounds of 7.62mm ammo, as well as an additional 25,000 12.7mm rounds. The trawler also was carrying almost 7,000 rocket fuses and more than 2,000 kilograms of a propellant used in rocket propelled grenades. The cargo totaled more than 50 tonnes.

The Navy made the operation from the expeditionary sea base USS Lewis B. Puller, stationed in the Gulf of Oman with the 5th Fleet. The fishing trawler was en route from Iran on a path toward Yemen and the Navy says that the cargo was bound for Houthi rebels in the country.

Iran has been backing the Houthis, who seized much of Yemen in an ongoing civil war. The United Nations has blocked arm shipments to the group. Saudi Arabia and other states in the region have backed the recognized government and launched attacks on its behalf against the Houthis. Those strikes have killed numerous civilians.

The seizure comes less than a month after the 5th Fleet’s USS The Sullivans, alongside the U.S. Coast Guard’s USCGC John Scheuerman, intercepted a ship carrying more than 170 tons of chemicals toward Yemen. The cargo was material that could be used to make explosives. The 5th Fleet said that that vessel sailed from Iran and was heading to supply Houthi forces. The Nov. 8 incident was the first time the U.S. military seized ammonium perchlorate in an interception. Another similar incident occurred in the Gulf of Oman in January.

The 5th Fleet has had several brushes with Iranian ships this year.. In August, an Iranian Revolutionary Guard Corps Navy ship tried — and failed — to seize an uncrewed Navy Saildrone Explorer.