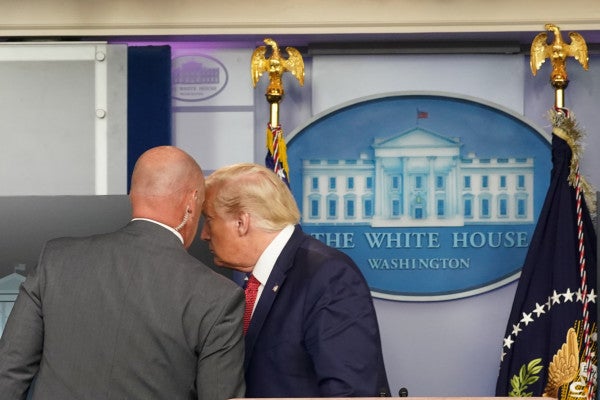 WASHINGTON (Reuters) – U.S. President Donald Trump was abruptly escorted from the White House briefing room on Monday shortly after a shooting outside the fence surrounding the complex.

Trump returned to the briefing room after several minutes and said a person was shot by law enforcement and has been taken to the hospital. He said he understood the suspect had been armed.

“It was a shooting outside of the White House,” Trump said. “It seems to be very well under control. … But there was an actual shooting, and somebody has been taken to the hospital. I don't know the condition of the person.”

The Republican president told reporters he was taken to the Oval Office outside the briefing room after he was escorted out.