'I don’t think the Taliban gives a darn what the international community thinks.' 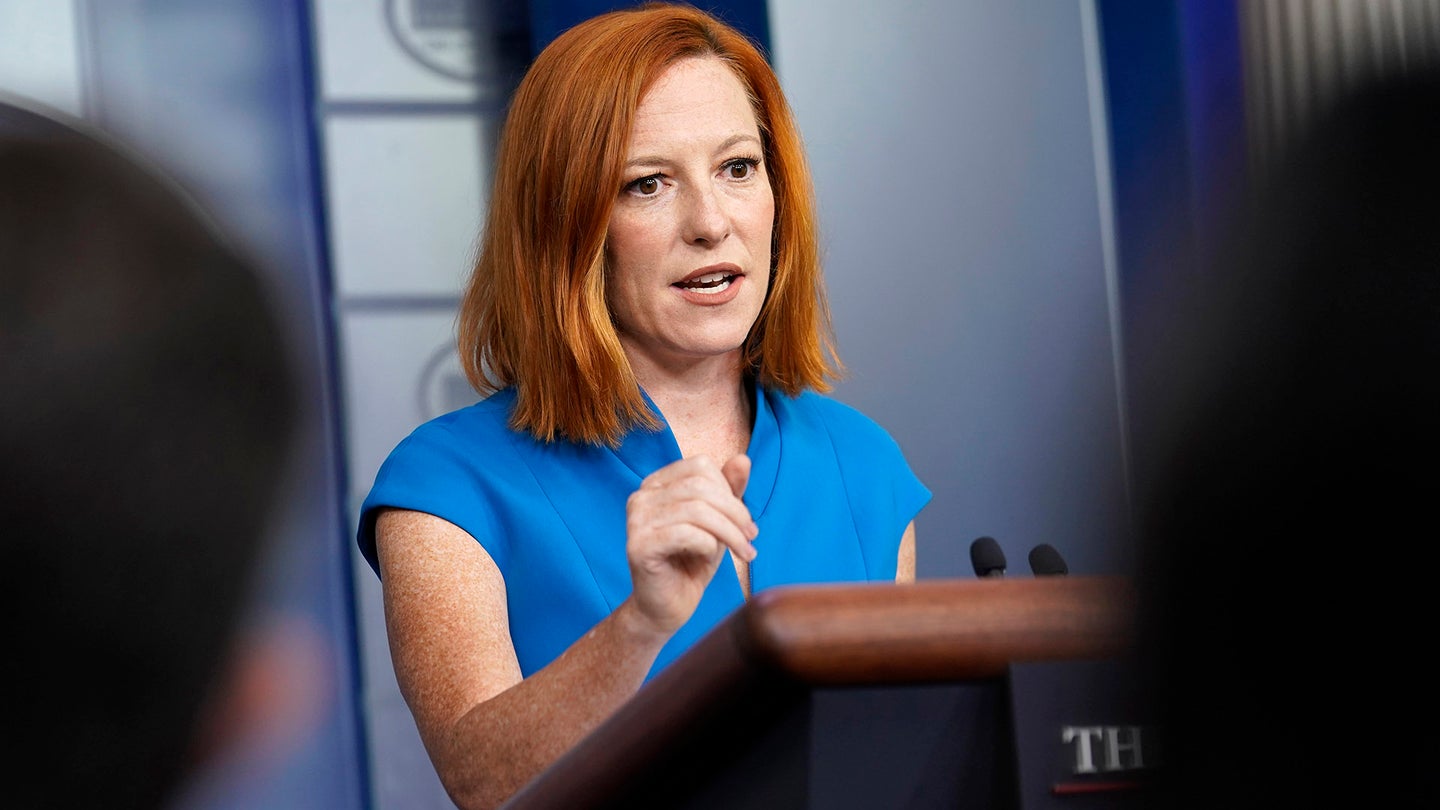 There’s no hiding the fact that a Taliban victory is now inevitable in Afghanistan.

The Taliban posted a video on Thursday that purportedly shows Afghan security forces retreating from Kandahar, Afghanistan’s second-largest city and the terrorist group’s birthplace. The Taliban also claimed on Thursday to have captured Herat, the country’s third-largest city.

President Joe Biden’s decision to go forward with the troop withdrawal from Afghanistan agreed to under former President Donald Trump’s administration has proved to be an unmitigated disaster for most Afghans.

Whatever is left of the 20-year U.S. experiment to bring democracy to Afghanistan does not have long to live, yet the Biden administration apparently believes it can still influence events by issuing a series of hollow admonishments to the Taliban.

The U.S. embassy in Kabul issued a strongly worded statement on Thursday calling on the Taliban to release Afghan government officials and police officers whom they have captured.

“Additionally, we call on the Taliban to fully and earnestly engage in negotiations and end the suffering of the Afghan people and pave the way for an inclusive political settlement that benefits all Afghans,” the embassy statement says.

Separately, the embassy in Kabul issued a warning to all U.S. citizens in Afghanistan reminding them that it’s time to get the hell out of the country.

Ambassador Zalmay Khalilzad, the top U.S. envoy to Afghanistan, is leading a diplomatic effort seeking a guarantee from the Taliban to not attack the U.S. embassy if they attempt to capture Kabul, Lara Jakes of The New York Times first reported.

Should the State Department decide to evacuate the embassy, thousands of Afghans who have worked for the U.S. government and their families would be trapped. That means certain death for America’s allies.

The victors have already proved they will show no mercy to the vanquished. In June, the Taliban executed 22 Afghan commandos after they had surrendered. Afghan journalist Bilal Sarwary tweeted on Aug. 5 that several Afghan troops who fell into Taliban hands were killed and had their eyes gouged out.

On Wednesday, White House spokeswoman Jen Psaki warned the Taliban that they could be isolated diplomatically if they do not behave.

“The Taliban also has to make an assessment about what they want their role to be in the international community,” Psaki said at a White House news briefing. “And I know that Ambassador Khalilzad made comments when he was at the political negotiations yesterday making clear that the international community is going to watch closely how the Taliban behaves.  They have a range of tools in their arsenal, as well, to take steps should they choose.”

Meanwhile, the Defense Department continues to offer limited support to the Afghan security forces even though most U.S. troops have left the country. Pentagon spokesman John Kirby recently acknowledged there was “not much” the U.S. military could do if Afghan troops and police refused to fight.

Over the past 20 years, the U.S. government has spent more than $88 billion to train and equip Afghan soldiers and police, but the effort has been hobbled by tremendous waste and fraud. The U.S. military tried to build the Afghan security forces after their own image, creating an internet-based inventory system for them even though most of the country does not have electricity.

Psaki’s comments raise several questions about the Biden administration’s Afghanistan policy, including whether the U.S. government now recognizes the Taliban as a legitimate political group and whether the Taliban would bend to international pressure at the risk of being isolated diplomatically.

Regarding the first question, the U.S. government has not changed its position regarding the Taliban, Emily Horne, a spokeswoman for the National Security Council, said on Thursday. In the withdrawal agreement, the United States made clear it does not recognize the Islamic Emirate of Afghanistan -— the name of the country under Taliban rule — as a state. But given conditions on the ground, the emirate appears on the verge of being resurrected.

As for whether the international community might influence how the Taliban rules Afghanistan, don’t count on it, said former Army Maj. Brad Bowman, of the Foundation for Defense of Democracies think tank in Washington, D.C.

Bowman described Psaki’s comments about the Taliban as “disturbingly disconnected from reality.”

“I don’t think the Taliban gives a darn what the international community thinks,” Bowman said. “I think the Taliban has made clear, going back to their rule in the 1990s, of who they are and what they stand for.”

Both Biden and Trump’s administrations share a fundamental misunderstanding about the Taliban, said Bowman, who criticized Trump officials for excluding the Afghan government from negotiations that resulted in the U.S. government’s Feb. 29, 2020 agreement to leave Afghanistan.

The Biden and Trump administrations failed to comprehend that the Taliban and Al Qaeda have been “joined at the hip” for decades and the U.S. government has ignored the fact that the Taliban have not honored their end of the withdrawal agreement by cutting all ties with the terrorist group, he said.

While diplomacy plays a vital role in U.S. foreign policy, it becomes useless – if not destructive – if it is not coupled with military power, which ultimately gives the United States real leverage on the ground, he said.

“I draw no great comfort from Khalilzad filing robust diplomatic protests to the Taliban,” Bowman said. “Respectfully, he’s the one that brought us the disastrous agreement with the Taliban, which undermined the Afghan government and delayed the day, in my view, when we could safely depart Afghanistan for good.”