It's the third attack in less than a week on Iraqi military bases. 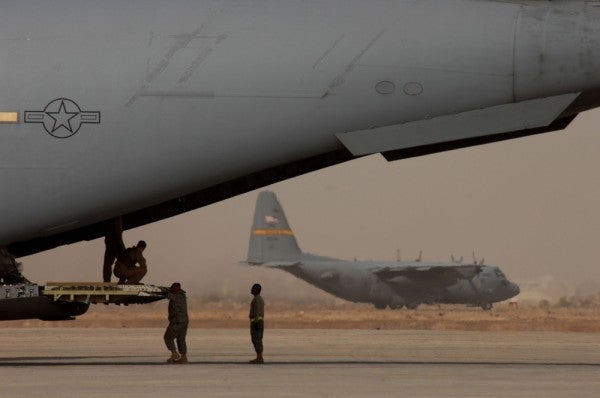 BAGHDAD (Reuters) – Four Katyusha rockets struck a military base next to Baghdad International Airport on Monday wounding “six fighters”, a statement from the military said.

Security forces found a rocket launcher and several rockets in a search of the area, the statement said.

There was no immediate claim of responsibility.

It was the latest in a spate of rocket attacks on military installations this past week.

On Thursday, two Katyusha rockets landed inside Balad air base, but there were no casualties or damage reported from the attack.

Balad base hosts U.S. forces and contractors and is located about 80 kilometers (50 miles) north of Baghdad.

On Tuesday, five rockets landed on Ain Al-Asad air base, which hosts U.S. forces in Anbar province in western Iraq without causing any casualties.