The US military is still struggling to figure out social media

“You will not be able to win the wars of the future … if you can’t even figure out how to operate in the information space.” 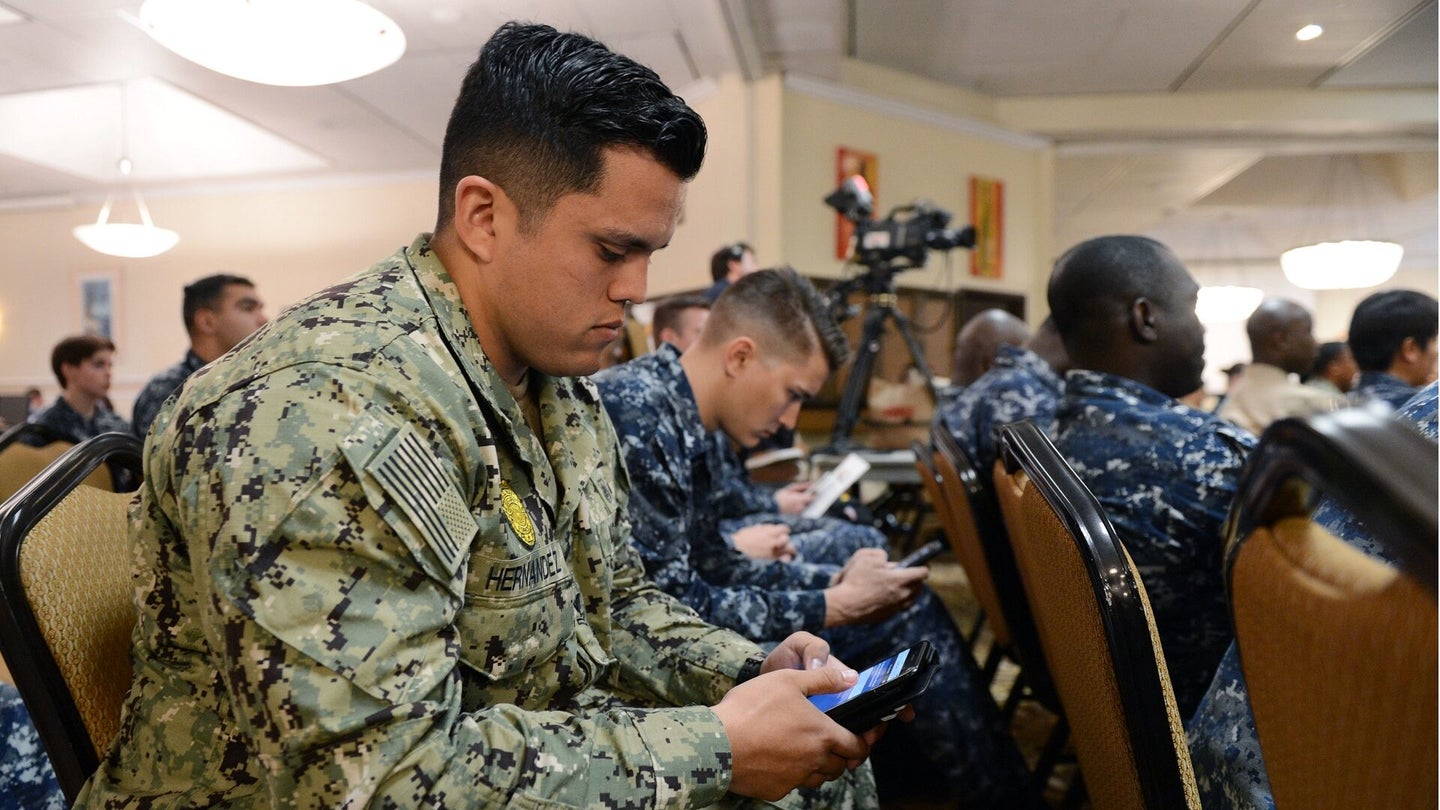 While the Defense Department released a new social media policy just a few months ago, experts say the military doesn’t have a good enough understanding of the social media space, or the ability to work quickly, in order to be successful there.

“You will not be able to win the wars of the future, whether it be against Russia and China or domestic actors seeking to aid them by aping their messages and undermining recruiting, if you can’t even figure out how to operate in the information space,” Peter Singer, a strategist at New America and the co-author of LikeWar: The Weaponization of Social Media, told Task & Purpose.

The Pentagon released a department-wide policy on social media use for the first time in August, which mainly applied to military public affairs professionals and official military accounts. Among the directives is a requirement for new platforms to be reviewed and approved by the Defense Information Systems Agency’s DoD Application Vetting Environment before public affairs and social media managers can use them.

That alone is evidence enough that the military doesn’t quite get it, experts said. David Lapan, a retired Marine colonel who previously served as the spokesman for the chairman of the Joint Chiefs of Staff, said the policy displays the typical bureaucratic requirements the military often deals with — which won’t stand up in a social media and information environment.

“There needs to be a quicker process,” Lapan said. “It can’t take as long as it traditionally has taken to approve things like that, because if a platform is pushing out information and DoD’s not able to engage in that, then you’re left with whatever information is being put out there.”

“Most people serve very briefly. Decision-making can’t take up the time that someone can serve their country and get out before the changes are made,” Goldsmith said. “I think part of the problem here is that it is important to trust the academics, to study things, to have your lessons learned, to make decisions based on facts and science. But you can’t respond to disinformation at the speed of science. You can’t respond to information warfare by studying it and then implementing changes.”

The number of adults in America who use at least one social media site has drastically increased over the last 15 years, going from 5% in 2006 to 72% in 2021, according to the Pew Research Center. In April 2021, a separate report from the Pew Research Center found that a majority of 18- to 29-year-olds used Instagram and Snapchat, and “roughly half” was using TikTok.

Many of the people that the DoD wants to reach — including service members, families, potential recruits, and even America’s adversaries — are using social media, Lapan said. That alone makes it a critical space for the military to successfully operate in, but that’s easier said than done.

Social media is “built around speed,” Lapan said, which the Defense Department “has not particularly been good at.” From a communications standpoint, Lapan said the military is often bogged down by bureaucratic processes that require multiple people to sign off on statements or comments, sometimes taking hours or days to get approval to communicate something. He gave an example from when he was deployed to Iraq in the Marine Corps, when a terrorist organization said they’d captured eight Marines at the Iraq-Syria border.

Having the upper hand on information in a conflict environment is crucial, and has been playing out in real-time in Europe during Russia’s invasion of Ukraine. While Russia had been expected to be successful in information warfare, it was quickly revealed that Ukraine was surpassing them as they messaged success and determination to not only their own citizens but the global audience watching as the war raged on.

But it’s not just about countering disinformation from an adversary — it’s also about dispelling misinformation, or getting ahead of a narrative that could put the military in a negative light. Even with “well-meaning people that just have the wrong information,” Lapan said, if the military is not able to move quickly and correct the record, it’s losing.

“Too many times, fear of being inaccurate means we’re not going to say anything until we know for sure,” Lapan said. “Which then allows the mis- and disinformation out there to be repeated over and over again.”

The lack of messaging can also damage the trust among average citizens, and service members, in the military or in service leaders. That was demonstrated just last month as the Army struggled to address concerns from women in uniform after a two-star general who publicly defended women online was admonished for bringing negative attention to the force.

The details of the Inspector General investigation of Maj. Gen. Patrick Donahoe, first reported by Task & Purpose, revealed that two of three allegations against him were unfounded. But investigators did substantiate allegations regarding his social media use, which said he “failed to display Army values” through his interactions with critics online, and that he violated an Army policy that prohibits training cadre from forming personal relationships with students. The latter issue focused on Donahoe’s public interactions with junior officers on Twitter.

In the report, however, were comments from investigators that said Donahoe’s public spat with Fox News host Tucker Carlson, in which he defended women from remarks Carlson made on his show, brought too much negative publicity to the Army. The details of the report immediately sparked backlash online, with many women in the Army expressing that they felt the service wouldn’t have their backs if they were to face online harassment. Army leaders spent a week doing damage control, ultimately coming out with statements that said they expected leaders in the force to stand up for their soldiers both online and in-person.

It’s typical of the Army to not discuss investigations before they are finalized. Lapan said, however, that not saying anything is often worse than addressing it immediately in order to get ahead of concerns before they spiral out of control.

Joe Plenzler, a Marine Corps veteran who served as a public affairs officer, said that “just like you can’t ignore the weather, you can’t ignore social media as a phenomenon within our society today.” And ultimately that’s what it comes down to; the military’s ability, or inability, to be effective on social media, where many of their troops are and will continue to be, and where the truth can be lost, distorted, or forgotten by the time they’re able to communicate.

“If you aren’t out there telling your story, somebody else is … It requires a cultural change within the military to be able to operate this way, more quickly, less bureaucracy, be out there and engage in a timely way,” Lapan said. “Because the social media environment is not going away.”