Secretary of the Army Christine Wormuth attempted to clear up her remarks from earlier in the week about leaders engaging on social media. 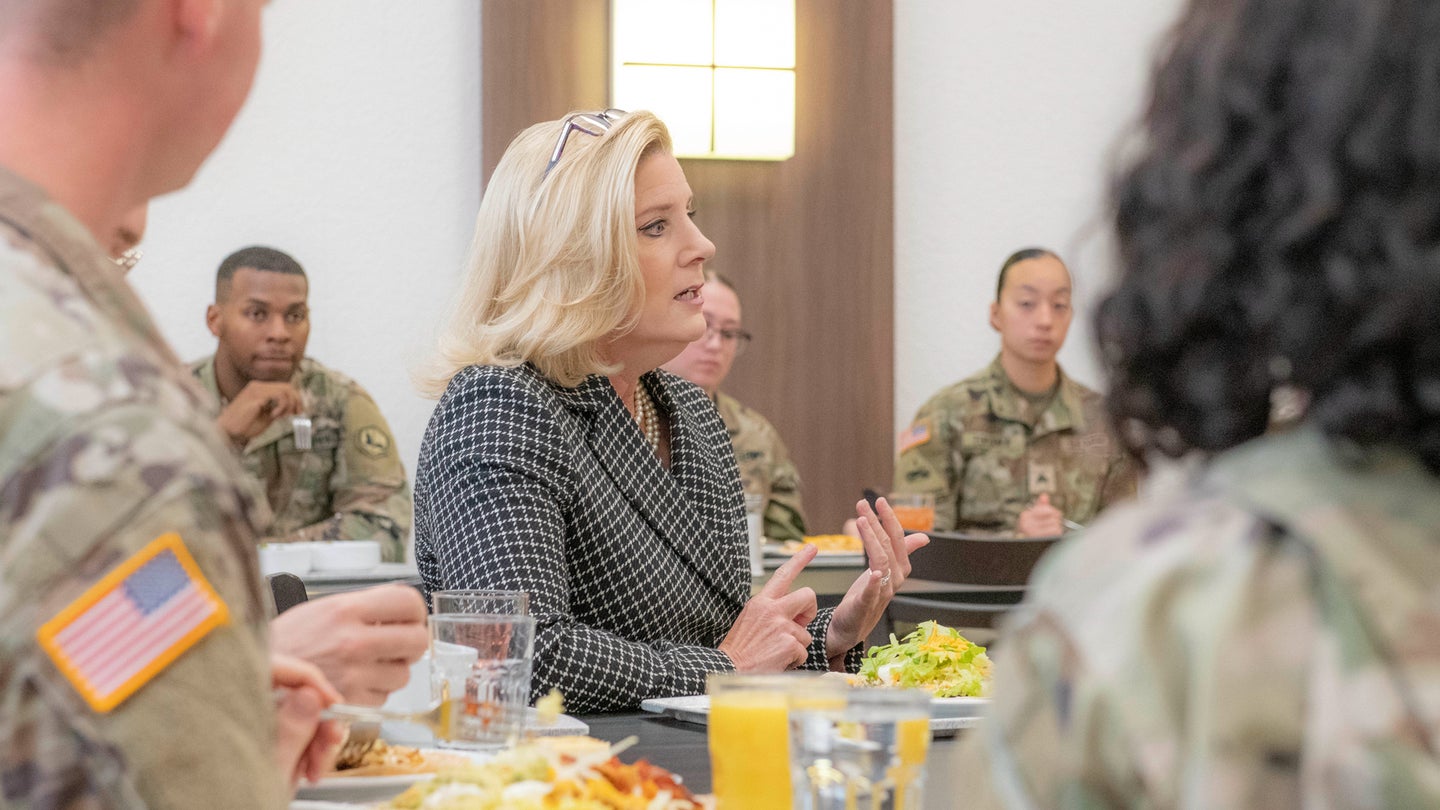 Secretary of the Army Christine Wormuth re-clarified her position on Friday concerning the ongoing discussion across the service about leaders sticking up for their soldiers online: Do it.

“There has been confusion on an issue where there should be none,” Wormuth tweeted Friday morning. “So let me be clear: I expect @USArmy leaders to stand up for women—and all Soldiers—who are unduly attacked or disrespected.”

Wormuth’s comments are in reference to an ongoing debate about how leaders should or should not engage on social media that emerged after Task & Purpose reported the details of an Army Inspector General investigation into Maj. Gen. Patrick Donahoe.

The investigation found that Donahoe “exhibited poor judgment” in the way he tweeted at Fox News host Tucker Carlson in defense of women in uniform after Carlson criticized them on his evening show.

Multiple Army leaders immediately jumped onto social media to rebuke Carlson’s comments, including Sgt. Maj. of the Army Michael Grinston. Donahoe tweeted a video of him re-enlisting a female staff sergeant, adding that Carlson “couldn’t be more wrong” about women in uniform.

Donahoe’s tweet was specifically identified in a subsequent letter from Sen. Ted Cruz (R-Texas) to Secretary of Defense Lloyd Austin, in which Cruz complained about Donahoe and other Army leaders’ tweets against Carlson’s comments.

“Multiple military leaders have tweeded video of themselves, while in uniform, as they attack [Tucker] Carlson, including … the Commanding General of the U.S. Army Maneuver Center of Excellence,” Cruz said, according to the IG investigation.

The investigation into Donahoe’s social media activity became a major topic of conversation — although not directly, as it is still ongoing — at the annual Association of the U.S. Army (AUSA) conference this week in Washington, D.C.

Asked about the investigation at AUSA on Monday morning, Wormuth emphasized to reporters that leaders should be cognizant of the Army’s intent to “have a broad appeal” and not alienate “wide swaths of the American public.”

“One of the things I think that’s most important to [Army Chief of Staff] Gen. [James] McConville and I is keeping the Army apolitical and keeping it out of the culture wars,” Wormuth said on Monday, adding that while the Army “always want to have the backs of our soldiers,” there are “are ways to do that that are more effective than others.

“I think there is absolutely a way to stand up for our soldiers and have their back, but I think the key really is tone and looking at your audience,” she said.

Two days after Wormuth’s remarks set off more disagreement and discussion online about how the Army defends its soldiers, Sgt. Maj. of the Army Michael Grinston took a more direct approach. Asked about how leaders should engage on social media, Grinston said on Wednesday at AUSA that it is “Army command policy” to intervene on behalf of your soldiers both online and in real life.

“I’m gonna stick up for my soldiers, I don’t care where it is, that’s how I feel. And that is me. I mean, that’s what you get. And that’s what we want you to do every day, no matter where you’re at, or what venue you’re at. Right NCOs?” Grinston said. “And we got to remember that we build that trust. We’ve got to be willing to do that. More importantly than online, you have to do it in person.”

Grinston and Wormuth alike have caveated their remarks with the direction to stand up for their soldiers “professionally,” though neither have gone into detail about what exactly that looks like.

But as the debate over appropriate social media activity raged during AUSA, critics and experts have said the issue is more far-reaching than just one general’s tweets and instead is indicative of the Army’s ability (or lack thereof) to engage in the modern information environment.

As Peter Singer, a strategist at the think tank New America and co-author of LikeWar: The Weaponization of Social Media, wrote for Task & Purpose on Wednesday, “foreign enemies are learning from our domestic hyper-partisans about what divides us and how such rifts can be weaponized.”

“Whether it was the IG’s intent or not, its actions will reverberate across the entire profession now, and it will lead officers to fear, perhaps rightfully, even being present in a needed communication space. What happens on social media matters, shaping everything from individual behavior to the outcomes of battles now … How can the Army dominate the information space when its leaders retreat from it?” Singer wrote.

And ultimately, the Army’s desire to avoid partisan attacks won’t matter much to those seeking to draw them in. As Singer concluded: “[Leon] Trotsky’s aphorism may need to be updated for military leaders: ‘You may not be interested in culture war, but culture war is interested in you.’”