6 Things I Wish I Knew When I Left The Marines

Getting out of the military can be a challenging time, especially for those who only served one enlistment and are... 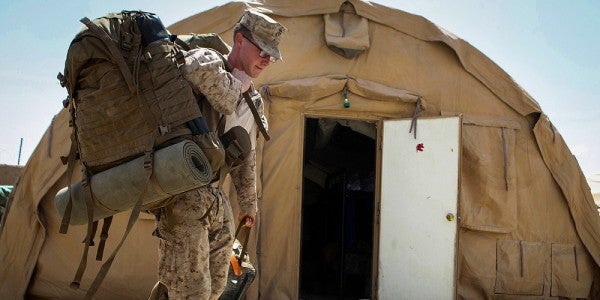 Getting out of the military can be a challenging time, especially for those who only served one enlistment and are heading to college. In my case, I dropped out of school in 2008 and enlisted, then in 2012 left the Marines and returned to college, except this time I had a new identifier permanently affixed to myself. I was now a veteran, but I had no idea how that one little detail was going to impact and alter how I behaved. I felt like I was equipped with a wealth of experience far beyond my peers. I’d gone to war, done some stuff, and now I was going to show these civilians just how easy they had it. Post-military life would be a cinch and I’d be making mad bank in no time.

I was full of shit, and it’s taken me awhile to realize how naive and unprepared I was when I left the Corps, mostly because I let my veteran status go to my head. I didn’t make much of an effort to get to know my classmates or colleagues, nor did I maintain or hold on to the positive habits I developed in the Marines, like staying in shape. Instead, I rode the coattails of my four short years of service, only to realize later that I wasn’t nearly as mature or grown up as I thought. To help others avoid making the same mistakes, here’s what I failed to understand when I left the military.

1. You still have to pay your dues.

The military instills in its members a wide range of technical skills, but the most valuable thing I learned from my time in was how to deal with bullshit. I was a public affairs Marine, yeah, a POG and a short-timer, who somehow got it into his head that four years writing glorified propaganda would land me a job as a civilian journalist. Dead wrong. I had to start right at the bottom, working as an unpaid intern for a year, before finally getting the chance to be a paid intern, and then eventually, got a real job. If it hadn’t been for my time in the Marines and the high bullshit tolerance that came with it, I doubt I would have stuck it out.

2. It’s okay to civilianize yourself.

By the time I EAS’d, I couldn’t wait to be a civilian again. Then I got out, went to college on the GI Bill and couldn’t shut up about the fact that I was a veteran (an experience I’ve since realized is pretty common.) In college, whenever Iraq or Afghanistan came up, I missed out on a lot of opportunities for personal growth because I was in too big of a hurry to toot my own horn to my civilian peers, rather than take the time to hear what they had to say on the topic. After spending the last four years largely defined by military service, it wasn’t that easy to just let go of it, but there’s nothing wrong with toning it down.

Transitioning from an environment where you worked out five days a week to one where you work out whenever you want, it’s easy to let fitness slide. After all you’re no longer being paid to stay in shape, so gym time is often sacrificed in lieu of work or school. Personally, I don’t hold to the idea that as a veteran you need to maintain the same level of fitness you had when you were in, but an easy way to keep from packing on the pounds is to either a) keep working out, or b) just cut down on the late night Domino’s and 12-packs of light beer.

4. Getting out isn’t all freedom cake and giant stacks of money.

It was easy for me to lose sight of just how easy I had it when I was in. I had a steady paycheck (even if it was small), free health insurance, dental, housing (single Marine barracks life), and chow… yet I was convinced that the grass on the other side was greener and more well-manicured than the base general’s lawn. Turns out the civilian job market is hell, rent is expensive, everyone gets paid shit, and what money you rake in goes toward things like food, insurance, and assorted bills. On that note:

5. You will never have free health insurance ever again.

While health care was pretty great in the military, you rarely get to use it — show of hands if anyone actually had more than a few “sick days” while they were in. Yeah, same here. But it was free — and spending a few hundred dollars a month for insurance, which you may or may not need, is brutal. (And once you start a family, you’re gonna need it, for sure.) While you can certainly rely on the VA for medical care, that can be tough, since it’s really not designed to function like your typical doctor’s office.

6. Being a veteran does not qualify you as an expert on all things.

Sure, it makes sense to drop the veteran card when you’re talking about something directly related to your military service, but that’s about it. You don’t want to be the guy who overuses it, constantly bringing up his one year at KAF to back up his views on everything from complex foreign policy issues to how much wood a woodchuck would chuck if a woodchuck could chuck wood, to whether or not “Star Wars: The Force Awakens” was a fresh take on the franchise, or a rip off of Episode IV.

It totally was a rip-off, though. I mean, as a veteran, I watched Star Wars all the time in Afghanistan and can say without a… Fuck. My bad.