The military usually isn’t the first organization that pops into your mind when someone says “fall fashion.” Just take a... 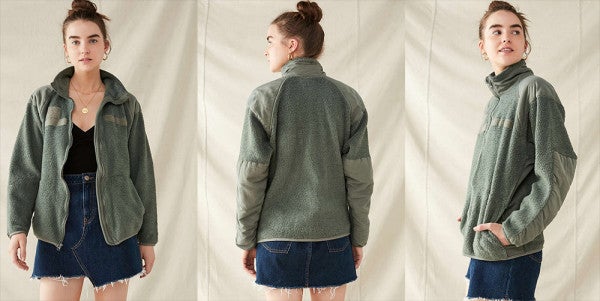 The military usually isn’t the first organization that pops into your mind when someone says “fall fashion.” Just take a quick look around the barracks at the boot Marines and junior soldiers rocking tucked-in polos with undershirts and sneakers for a night out at the local watering hole — not necessarily what you’d expect walking the streets of Madison Avenue. But the times they are a changin,’ and even the biggest brands want a piece of that warfighter style.

There’s something strikingly familiar about this particular garment. Not sure if I’ve seen it paired with a high-waisted jean skirt before, but I’ve certainly seen it somewhere … Oh, that’s right:

This is hardly the first time an apparel company has pulled inspiration from post-9/11 gear to produce something akin to combat chic, with Nike debuting a familiar — really familiar — set of new kicks in November 2016. But say what you will about seeing a piece of weathered combat garb on the clothing rack at Urban Outfitters: $59 is still a hell of a lot cheaper than a four-year enlistment — even if unit patches don’t come included with this particular jacket.

H/t to Lindsey Kibler for flagging this deadringer for Project Runway: Kandahar.