Veterans Deserve Answers On Their Exposure To Burn Pits

It was known as “Operation Ranch Hand” while the Vietnam War simmered, then boiled. From the skies and the roadways,... 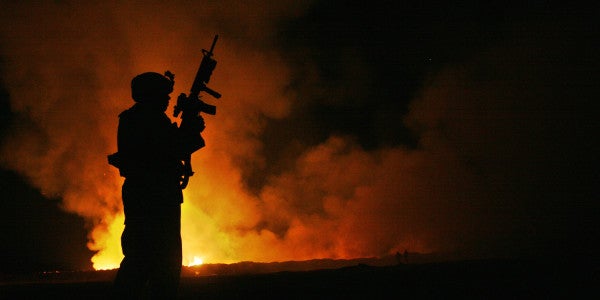 It was known as “Operation Ranch Hand” while the Vietnam War simmered, then boiled. From the skies and the roadways, the U.S. military sprayed almost 19 million gallons of herbicide over a period of nine years to clear away jungle. Eleven million gallons of that was a chemical called “Agent Orange.’’

Although the risks of Agent Orange exposure are now commonly accepted, returning veterans had to wage legal and lobbying wars to force the chemical’s manufacturers and the U.S. government to compensate or adequately care for them. Conditions linked to Agent Orange include cancer, diabetes and Parkinson’s disease. This shameful history should not be repeated for those who fought in Iraq and Afghanistan and have troubling health questions about exposure to smoke belching from waste disposal pits often in operation 24 hours a day.

A 2016 Star Tribune editorial made a similar point in support of legislation to create a burn-pit “Center of Excellence” within the U.S. Department of Veterans Affairs (VA) to study and treat illnesses that may be related to this exposure. Over two years later, the legislation finally cleared the Senate in late June as an amendment to a recently passed funding bill. But a companion bill remains mired in the House.

The Senate approval is welcome, but it’s frustrating that it has taken this long for significant progress. Although research has yet to definitively link burn-pit exposure to health conditions, the science is developing. It takes time to do this meticulous work, particularly when it can take years for medical problems to emerge.

The Helping Veterans Exposed to Burn Pits Act would sensibly develop expertise within the VA to ensure that veterans’ medical concerns are understood and treated effectively. It also would ensure that the issue remains in the spotlight within the sprawling VA system. Essentially, the bill would not place the burden of proof on veterans, as policymakers did with Agent Orange illness. Instead, the VA would take a pro-active role to look for problems and deliver the best possible care.

Another burn-pit bill, one introduced by U.S. Rep. Tulsi Gabbard, a Hawaii Democrat, and U.S. Rep. Brian Mast, R-Fla., also merits swift support. It directs the U.S. Department of Defense “to include in periodic health assessments and during military separations an evaluation of whether a service member has been exposed to open burn pits or toxic airborne chemicals,” according to congressional testimony in favor of the bill by Tom Porter, legislative director of Iraq and Afghanistan Veterans of America (IAVA).

If the answer is yes, then the service member or veteran is enrolled (unless he or she opts out) in an existing but underutilized registry intended to collect data on environmental exposure. “Although established in 2014, only 141,000 have completed the registry questionnaire out of the 3.5 million veterans the VA says are eligible to register,’’ Porter testified June 7. “Only 1.7 percent of the post-9/11 veterans eligible to register have done so, and only 35 percent of IAVA members exposed have.”

Porter’s words are also a powerful argument for creating a burn-pit Center of Excellence within the VA — and to move quickly to do so. The nation too slowly came to the aid of Vietnam veterans suffering from Agent Orange exposure. Repeating this terrible mistake is not an option.