Jurors in Cherokee County, Georgia, have found a former police officer guilty of falsely claiming to be a Purple Heart... 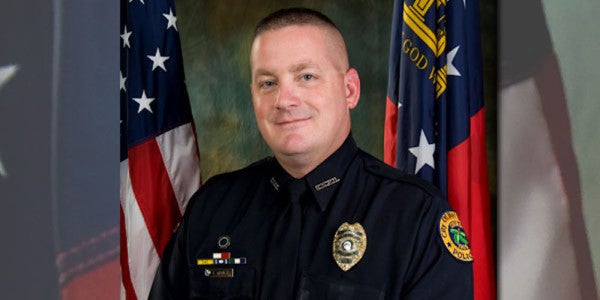 Jurors in Cherokee County, Georgia, have found a former police officer guilty of falsely claiming to be a Purple Heart recipient.

Shane Ladner, 44, was found guilty of six of the seven counts he faced related to making false statements to the county commissioner’s office and to law enforcement officials,multiple news outlets reported on Wednesday.

For years, he claimed to be a Purple Heart recipient from his service in the Army, but after his wife was seriously injured in a veterans parade, people started asking questions about his combat service, and his story unraveled.

Initially, Ladner said that was wounded in Panama during an operation to capture former Panamanian despot Manuel Noriega. Afterthe local Fox News station in Georgia revealed that he was in high school during that 1989 conflict, Ladner changed his story. He was actually wounded in a mission in Honduras in 1991, he said, but had to lie because that operation was classified.

Ladner even produced a DD-214 that listed the Purple Heart, but no government agency was able to produce that document, and during the trial, multiple soldiers from his unit contradicted his story.

“No combat operations were conducted out of my facility —classified or unclassified,” John Walsh, the officer in charge of Ladner’s base in Honduras, said in trial.

And the officer who ran the medical facilities on that base testified that if anyone had suffered from shrapnel wounds, he would have known about it. The officer said that never happened.

Ladner said when he was 19, he was in a firefight in some Central American country and woke up two days later with a Purple Heart pinned to his pillow.

During the investigation, Ladner showed investigating detectives some scars, which he claimed were the result of his shrapnel wounds. But during trial, prosecutors maintained that the scars were from an appendectomy and a minor incision to repair a hernia,a local newspaper reported.

A big part of the prosecutor's’ case involved Ladner defrauding the Cherokee County Tag Office so he could get tax-exempt Purple Heart license plates for his pickup truck.