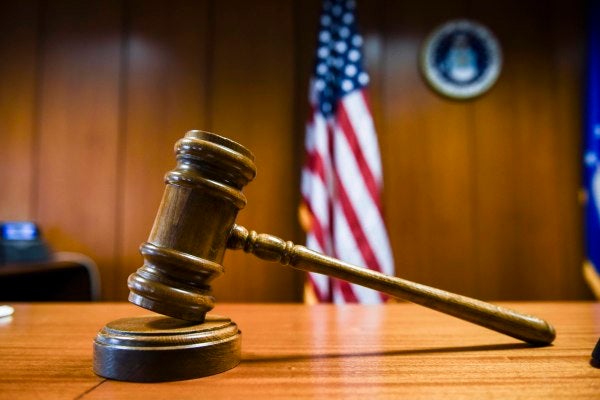 An Air Force captain will be kicked out of the service after he was found guilty of assaulting three women in the parking lot of a nightclub in Tucson, Arizona back in March 2016, according to a conviction report obtained by Task & Purpose.

In the early morning hours of March 19, 2016, Capt. Milford C. Scott, 32, and an unnamed airman first class who was a close friend were attempting to leave a nightclub when a group of people would not move out of the way of their car.

In response, Scott yelled at two women that they were “hot” but “you bi–es need to get the f–k out of the way,” according to court records, which detail how the confrontation escalated.

“I'm not afraid to slap a bi–h,” Scott told one woman, who responded, “you going to hit me? Then hit me then.” Scott then hit the woman, who stood back up after being knocked down, before hitting her a second time.

Two other women attempted to intervene and were hit by Scott as well, who then fled the scene. Tucson Police later photographed red marks on the women's faces.

Scott was arrested about a month later after one of the women recognized him at the same nightclub and police were called, records show.

Scott, a member of the 43rd Electronic Combat Squadron at Davis-Monthan Air Force Base, was originally charged with assault, fraternization, and conduct unbecoming an officer over allegations that he “[defecated] on the interview room floor at Tucson Police Main Station” in April 2016.

Scott was found guilty of three specifications of assault consummated by battery and one specification of fraternization on June 23, 2017. The case then went up for appeal, and the fraternization charge was dismissed on May 10, 2019. He received a new hearing on sentencing in Jan. 2020.

Ultimately, Scott was found guilty solely on the assault charges, according to the conviction report, which was obtained this week in response to a public records request. He was sentenced to confinement, a reprimand, and dismissal from the service, pending any further appellate review.

“Capt. Scott will be on appellate leave, where he will not report for duty and he will not be paid,” said Air Force spokeswoman Ann Stefanek. “Assuming there is no further appellate relief, once the appellate process is completed and final orders are issued, then a dismissal would go into effect punitively discharging the member from the Air Force.”

Stefanek did not respond to requests to interview Scott.

“Your actions, which include assaulting three female civilians, are despicable,” Croft wrote. “Your acts displayed a momentous departure from the Air Force core values. I am extremely disappointed with your inexcusable conduct, which has brought discredit and disgrace upon you, your unit, and the United States Air Force.”

Related: Airmen who protected US missile silos were tripping on LSD between shifts