A married couple who met more than 30 years ago while serving together in the Air Force were among the... 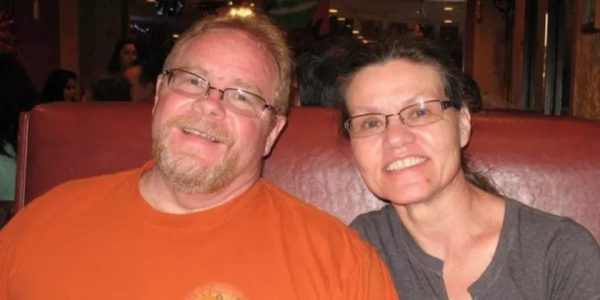 A married couple who met more than 30 years ago while serving together in the Air Force were among the 26 people killed when former airman Devin Patrick Kelley open fired at the First Baptist Church in Sutherland Springs, Texas on Nov. 5.

Robert Scott Marshall, 58, and Karen Marshall, 59, were both shot while attending their first and only service at First Baptist, according to the Pittsburgh Tribune-Review.

Karen, a native of Nevada and a master sergeant in the Air National Guard, had just moved back to the couple’s home in La Vernia, Texas, after completing a posting at Joint Base Andrews in Maryland. She was preparing to retire. Robert, who went by Scott, was an Air Force retiree employed as a civilian contractor at Lackland Air Force Base in San Antonio, a 35-minute drive from La Vernia.

“I'm not sure Karen had even completed her final [Air Force] leave,” retired Air Force Lt. Col. Cheryl N. Phillips, a friend of the Marshall’s, told Task & Purpose in an email. “She may have been on her final days of active duty … sad beyond words.”

The Marshalls had just completed a road trip from Maryland to La Vernia for Karen’s homecoming, stopping in Pennsylvania to visit Scott’s family before resuming their journey on Oct. 31, Scott’s younger sister Holly Hannum told the Pittsburgh Tribune-Review. Karen had started attending Baptist services in Maryland and wanted to find a church of the same denomination in Texas, Hannum said. She settled on First Baptist Church in Sutherland Springs, just 10 minutes from the couple’s La Vernia home.

Gen. Joseph L. Lengyel, chief of the National Guard Bureau, announced the Marshalls’ deaths on Nov. 17. “Master Sgt. Marshall was trying out a new church as she transitioned to retirement after a lifetime serving her community, state and nation when she was murdered Sunday,” he wrote on Facebook. “She was a caring spouse and mother and a dedicated Airman, and her impact to our team, our Wings and The National Guard will not be forgotten.”

Several of Karen’s former Air Force colleagues shared memories of in response to Lengyel’s post. “She scored 100s on her PT tests and drove a big ass truck you’d consider standard for a Texan,” one wrote. “More than anything she had a heart as big as Texas.

“My fondest memory of my fellow warfighter was when she accidently scheduled my CMSgt retirement ceremony in the back of a Cibolo Texas gas station for the BBQ,” another wrote. “The best experience and memory of my 35+ years of service to our Nation and the ANG. Don’t know of any other like it. She was a blessing when she was my team member.”

On the morning of Nov. 5, Kelley entered the parish armed with an assault rifle and at least one pistol. That wasn’t the first time Kelley had been in the church: The pastor, Frank Pomeroy, whose daughter Kelley killed that day, told the Wilson County Sheriff that he had made it known that Kelley was not welcomed at the church, because he “was not a good person,” CNN reports.

Kelley enlisted in the Air Force in 2010, but received a bad conduct discharge about four years laters after being court-martialed on two Article 128 counts for assault in 2012. Kelley pled guilty to physically abusing his then-wife and baby step-son. He was later arrested in El Paso for beating a dog. At least 10 people who survived Kelley’s shooting spree remain in critical condition, according to CNN.

Kelley died of a self-inflicted gunshot wound after his car flipped over while being pursued by two men, Washington Post reports. One of the men, Stephen Willeford, shot Kelley twice in the parking lot of First Baptist Church. Authorities have yet to identify a motive for the killing spree.

The San Antonio area is home to large number of veterans thanks to the presence of Lackland Air Force Base, and Scott and Karen were two of three Air Force veterans killed on Nov. 5. Retired Air Force Chief Master Sgt. Robert Corrigan was also among the dead, as was his wife, Shani.

The Marshalls are survived by three children and five grandchildren.

“They were with each other, and they went together,” Hannum told Pittsburgh’s WTAE, “and they loved each other unconditionally.”