Ray was charged with two counts of assault in the second degree with a firearm, two counts of felony harassment, kidnapping in the first degree, and reckless endangerment. 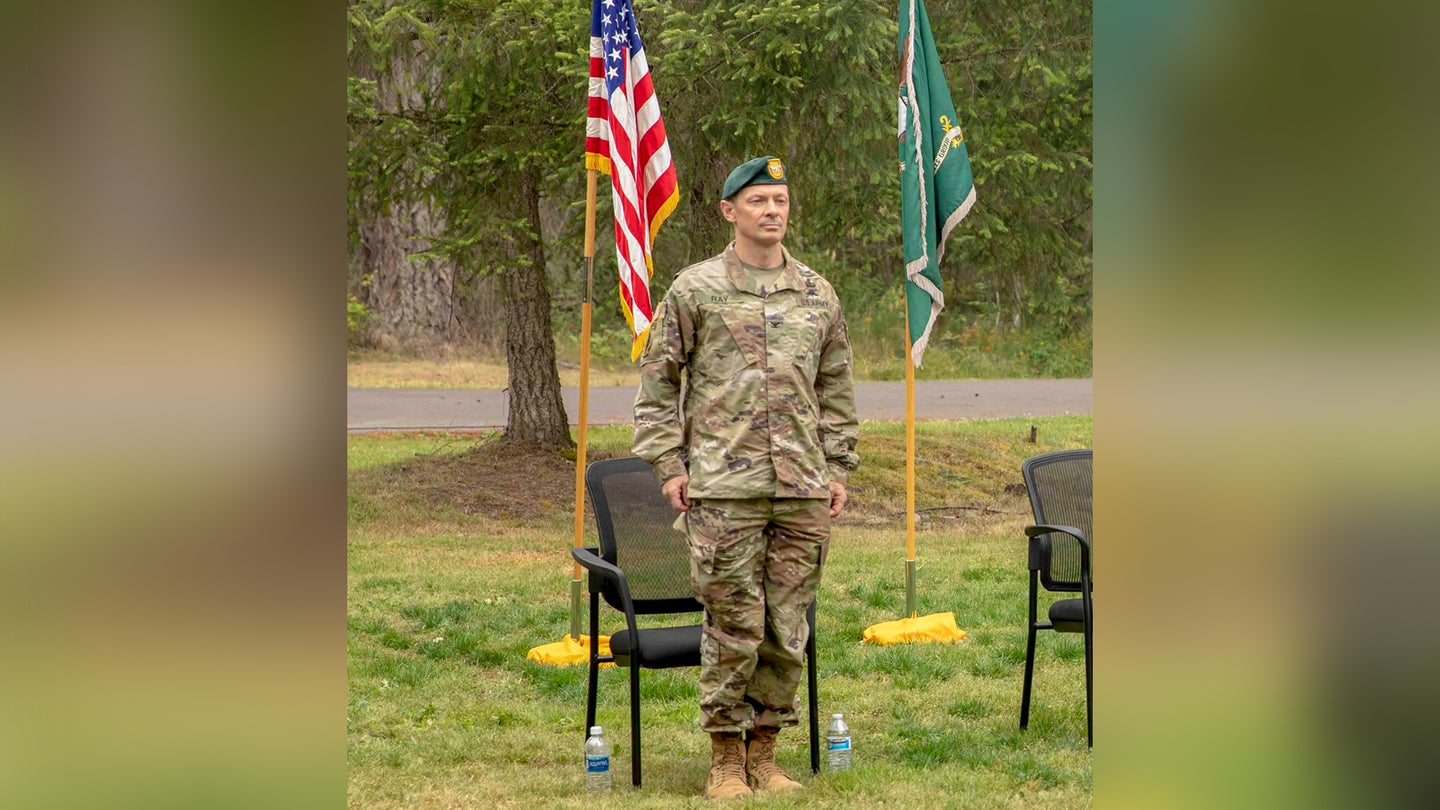 Army Col. Owen Ray, the chief of staff of I Corps and the former commander of 1st Special Forces Group (Airborne), was arrested Sunday on charges of felony domestic violence following a two-hour standoff with police in DuPont, Wash.

Ray, 47, was charged with two counts of assault in the second degree with a firearm, two counts of felony harassment, kidnapping in the first degree, and reckless endangerment, according to a press release from the DuPont Police Department. Ray, a Special Forces officer, currently serves as the chief of staff of I Corps at Joint Base Lewis-McChord, Wash.

A statement from I Corps on Monday said the unit was “monitoring the allegations of domestic assault and felony harassment” that have been brought against Ray. Lt. Col. Neil Penttila, a spokesperson for I Corps, said Ray has been suspended.

“We have been in contact with local law enforcement, who have informed us that the investigation is still on-going,” the statement said. “While the investigation continues, we will work closely with the Family and the Officer to provide support services including counseling, behavior health support, and legal assistance.  The safety of everyone involved is the command’s priority.”

According to the press release, officers were dispatched “for a domestic assault in progress involving a firearm.”

The Tacoma News Tribune reported that Ray and his wife were arguing at the time; after Ray’s wife went to hide from him in their youngest child’s bedroom, she heard him say “let’s do this” before going to the garage “where he stored his guns.”

Ray reportedly came back into the bedroom where his wife was hiding and “was furious when she called police.” He allegedly pointed a gun at her and then “kick[ed] (his wife) over and over with his boots in the face and chest,” according to the News Tribune.

“The two children had woken up and were screaming, ‘Don’t kill mom, don’t shoot us,'” the charge sheets say, according to the News Tribune.

The police press release says that upon their arrival to the residence, Ray “refused to comply with officers’ orders and refused to exit the home.”

Family members were eventually evacuated, but Ray “refused to disarm or surrender.”

“Active negotiations and de-escalation attempts took place until the suspect eventually surrendered and was safely taken into custody,” the press release says. “This occurred approximately two hours after initial communication was established between the police and the suspect.”

The News Tribune reported that Ray told officers before he surrendered about his “extensive training in combat” and experience with the 1st Special Forces Group.

“He stated that he had killed a lot of people and he had no problem killing law enforcement if they made attempts to arrest him,” the charge sheet reportedly says, adding that police saw him holding a rifle inside the home and at one point “holding a pistol to his head while standing on the balcony.”

Before moving to I Corps, Ray served as the commander of 1st Special Forces Group (Airborne) after holding “a command at every level within the organization.”

According to a 2018 press release, Ray was a detachment commander in 2003 and company commander during a deployment to Afghanistan in 2011. In 2013, Ray commanded the 4th Battalion, 1st Special Forces Group (Airborne) and deployed as part of the Special Operations Joint Task Force.

Update: This post was updated at 8 p.m. on Dec. 28 to include additional details from the Tacoma News Tribune.