Over the weekend I finally sat down to read the big New York Timespiece that ran last week on Russian... 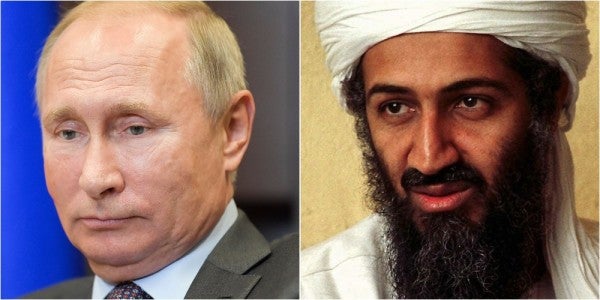 Over the weekend I finally sat down to read the big New York Timespiece that ran last week on Russian interference in our last presidential election. It takes time—my printout was 30 pages long.

It is scary as hell.

When I finished it, my teeth were clenched. I've taken the Russia stuff seriously, but when I put this down, I thought, for the first time, that over the last five years, Russia has done far more damage to this country than Islamic extremist organizations have.

I am serious about that. If ISIS had done this, Tier 1 U.S. special operators would have raided them long ago. Defending Putin looks to me like defending Osama bin Laden. It turns my stomach. Imagine a president who mocked an investigation of al Qaeda as a big hoax, a witch hunt, etc. How long would he last?

Think about what this: A powerful foreign entity has carried out a campaign inside our country to damage its interests and subvert its processes. This entity is killing its own journalists and poisoning people in England, a long-time ally of ours. And our president is trying to deny, deflect and stop the investigation of what happened. Hmm, what’s that smell … Treason?

I hereby nominate the article for a Pulitzer Prize.

One request: Please don’t post comments here until you have read the whole long article. Don’t look ignorant by commenting first. Pay the price of admission.