First Lt. Nate Krissoff decided that he wanted to be an officer with the Marine Corps after he saw the... 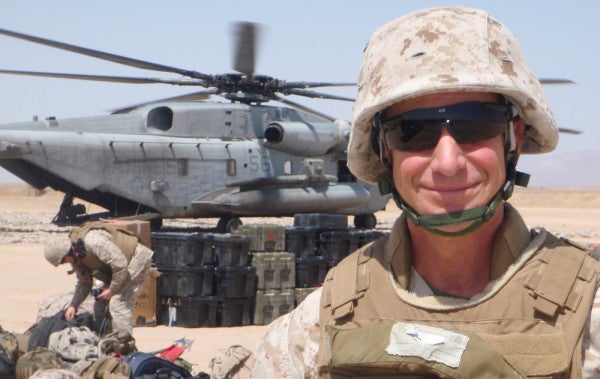 First Lt. Nate Krissoff decided that he wanted to be an officer with the Marine Corps after he saw the effects of 9/11. After majoring in international relations at Williams College, he joined the Marines in 2004. Three months post-graduation, he commissioned as a second lieutenant.

“He joined because he deeply believed in the importance of service and for citizens of this generation to do their part,” said his younger brother Austin in a Marine Corps press statement. “He was not content to sit inside the Beltway at a think tank and write about foreign policy without having actively participated in its execution.”

A counterintelligence officer with 3rd Reconnaissance Battalion, Nate was returning to his base from a village near Fallujah in Iraq when his Humvee drove over a bomb on Dec. 9, 2006.

The Krissoff family was notified soon after.

His father, Bill — an orthopedic surgeon — went back to work, but spent weeks looking for a way to honor his son. He decided that the best way would be to join the military. At 60, however, Bill was 18 years over the age limit.

Cmdr. Bill Krissoff operates on a patient with a lower extremity wound at Forward Operating Base Delaram in Helmand province, Afghanistan, in 2010.Marine Corps photo

After applying for an age waiver, he and his family, along with other families of fallen service members, met with former President George W. Bush in August 2007, according to Marines Magazine.

While speaking with the president, Bill mentioned that he wanted to join the Navy Medical Corps, but needed his age waiver approved. Bush gave word to his senior advisor Karl Rove, who looked into the case.

In a 2009 editorial for The Wall Street Journal, Rove wrote, “His reputation was that of an outstanding trauma and sports medicine surgeon. He was also a marathon runner and a really fine person.”

Two days after the encounter with Bush, the waiver was approved.

Austin also joined the Marine Corps and shipped over in March 2007. He has since served multiple tours. Bill’s wife Christine gave her full support to their decisions.

In February 2009, Bill arrived at the al-Taqaddum Air Base in Iraq. He spent seven months treating orthopedic injuries at the field hospital near Fallujah. According to the Huffington post, he was less than 10 miles from where Nate had been killed.

Related: The military dog who saved four from an RPG attack.

Soon after he returned home, Bill got a call to deploy to the trauma center at Camp Bastion in Helmand province, Afghanistan.

“I’m just a doc that was fortunate to be able to use my surgical skills in a deployed setting to care for injured Marines, sailors and soldiers,” Bill said in a Marine Corps release.

After Afghanistan, Bill came home and served at the Naval Hospital at Camp Pendleton, continuing to treat service members. He also made the rank of commander while serving there.

Now 68, he has retired, and he and Christine live in Rancho Santa Fe.

“So long as our nation produces families like the Krissoffs, America will remain not only the greatest nation on earth, but also the most noble in history,” Rove wrote.