Editor’s Note: This article has been modified from its original version, which was published on the blog of Shane Gillies... 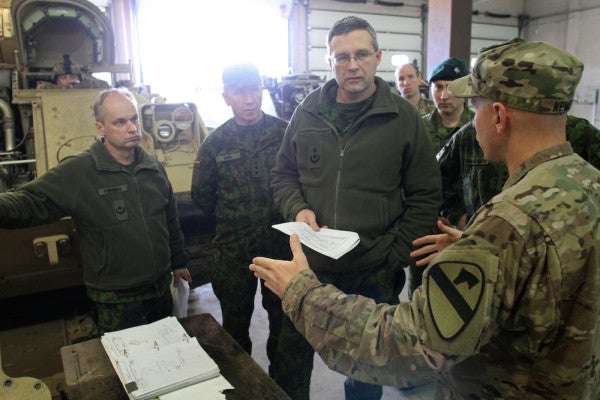 Editor’s Note: This article has been modified from its original version, which was published on the blog of Shane Gillies called “The Front.”

Your organization may believe that having a weekly (or even daily) status update meeting is essential. Without this status meeting, operations would crumble. Personnel would wander aimlessly. Projects would jerk to a halt. Except when this isn’t true.

Or that ubiquitous, one-size-fits-all form. The one that takes far too long to complete before a purchase, trip, or change to the way your organization does business is approved. Without this in-depth form completely filled out, good decisions are impossible. Except when this isn’t true.

Our processes, beliefs, operating procedures, organizational routine, and many more aspects of our daily lives are based on such “conventional wisdom.” Much of it is hard-won knowledge, some of it is inevitable bloat over the years, and some of it so antiquated that it has lost touch with reality (or never was in touch with reality).

But when was the last time you truly asked, “Why are we doing it this way?”

Leaders, whether newly arrived or unit veterans, have an obligation to continually challenge this conventional wisdom. Just because something made sense a year ago does not mean that it still makes sense today. Conditions change, assumptions change, people change.

Air Force Brig. Gen. John Michel, addressing a breakout session during the 2014 Defense Entrepreneurs Forum about the change efforts he led while in command of the NATO Air Training Command in Afghanistan, told the group: “Asking about the past is not disrespectful.”

It is only by asking about the way things are done and why they are done a particular way can you gain insight into improving your organization.

This does not mean implementing a “good idea fairy with hair on fire” approach where change is implemented for change’s sake. But carrying on thoughtful conversations with those in your organization can help to highlight where there may be that sloppy or self-interested thinking.

Granted, there are a few things to consider before diving into challenging the status quo. The way you ask your questions is important. So is understanding the organizational landscape.

Consider this as well: Will questioning and eventually challenging the supposed conventional wisdom provide enough value to make it worthwhile? Or are you risking alienating your coworkers over a small, non-mission-critical issue?

With that said, every organization has its particular weak points, typically defended with the “that’s how we’ve always done it” argument, that you can help to improve.

Here are two ways to go about effectively challenging and fixing conventional wisdom that may not be right:

Think about your unit. What may seem like conventional wisdom that might not be true? What things are done only because “that’s how we’ve always done it?”

I asked, “Why are we doing it this way?” about a suite of weather forecast products shortly after arriving in Korea at an Army-support weather detachment. Every morning, my unit produced two products, a set of PowerPoint slides and an Excel spreadsheet. The problem was that they were redundant.

Nobody knew why we did it that way, we just did. Because we had to. And always had. At least it had been done “forever” when you asked others who they themselves had been in Korea for less than a year. But nobody I asked thought it was a smart way of doing business.

So we ended the redundancy.

Well, not overnight, but instead we launched an experiment. For two weeks, we continued to produce the Excel spreadsheet product like normal, but we did not disseminate it to anyone. Nobody ever asked for it. Nobody told us that it was missing. We declared it dead.

Even after we killed off the redundant Excel version of our daily forecast, we continued questioning the conventional wisdom that the PowerPoint file even needed to be emailed to the division as an attachment. We eventually transitioned to posting the PowerPoint forecast to SharePoint and sending an email (without any attachment) to alert our audience that a new forecast was available. Not only did we prevent clogged inboxes by omitting a large file, we could now see who routinely accessed our products — informing us as to the exact people we could contact when seeking product feedback.

The rapid turnover in most military units means that there are plenty of “we’ve always done it that way” processes and beliefs that are ripe for questioning. Korea, with its normal one-year tours, is the extreme, with only shorter-term deployments driving more turnover.

And how can you speed up the process of questioning whether conventional wisdom is still true? Document the “why” when you institute a new process. I left the following for my replacement in Korea in a “Tips for Success” guide:

Often, a particular Army leader will request a certain type of product while they are stationed here. That person will eventually PCS and, in many cases, the value of that product diminishes because their replacements do not use it. However, the Det continues to produce it because it is “what we’ve always done.” If you document the reason why a product was created in the first place, future Det 1 personnel can correctly determine if it is still necessary.

Get out there and ask questions. Question the “conventional wisdom.” Highlight that backward thinking that burrows into your organization’s “that’s how we’ve always done it” processes and beliefs. You may just find some truths that are not so true.