The Science-Backed Way To Get Better At Anything You Do 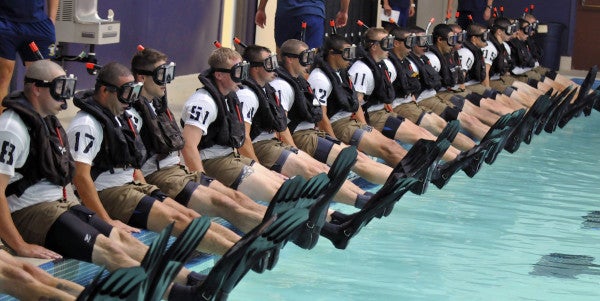 László and Klara Polgár, a Hungarian couple, wanted what most parents want: Success for their children. László and Klara, however, did not just hope for success, they deliberately built it. They began planning their children's development at the start of their courtship. László, a psychologist, sought a wife who would help him test his theory that anyone could be turned into a genius with the right upbringing. László and Klara didn't speak about success in general terms; they had an exact idea of what their unborn children would do. Boy or girl, each child would be built into a grandmaster chess player. This romantic scheming probably wouldn't appeal to most, but it did ask two all-important questions: Where do experts come from? Are they born or built?

Anders Ericsson and Robert Pool answer those questions and finish the story of the Polgár's three daughters in “Peak: Secrets From the New Science of Expertise.” The book is based on over three decades of research from Ericsson, who has studied the development of expertise in athletics, music, business, and government. During those three decades, Ericsson helped create the ideas that talent is overrated and 10,000 hours can build an expert.

Ericsson and Pool use Peak to define the right kind of practice. “Deliberate practice,” they argue, consists of two main components: focused effort to improve a specific skill, and immediate feedback, preferably from an instructor who knows exactly what improvement looks like.

Related: Why Military Innovation Requires Rewiring How We Think »

The definition sounds simple enough, but the devil is in the adjectives. “Focused” means the practitioner is wholly concentrated in the task. Ericsson and Pool found that deliberate practice was so mentally taxing that even the most experienced experts could only handle about four hours a day. Next, “specific” means the practitioner has identified a small subset of the overall skill to improve: a verse of a song, a set of chess moves, or a drill in a sport. Most practice, the authors argue, consists of just doing the activity: playing the piano, playing chess, or playing tennis. This type of unfocused, unspecified activity isn't strenuous enough to lead to real improvement. Just playing chess, for example, does not generate immediate feedback. Each move in the game should receive its own feedback on the spot, not just the general feedback of “you won” or “you lost.”

In short, the 10,000-hour rule would be more aptly named the “10,000 grueling, focused, feedback-driven hour rule.” That is a mouthful, and an impractical commitment for most people given the demands of daily life. But there is a bright side to Ericsson and Pool's work. Their central, uplifting message is that most human improvement can be traced to deliberate practice.

Susan, Sofia, and Judit — the Polgár daughters — enjoyed the advantage of deliberate practice at an early age. With the instruction of their parents and more advanced teachers, the three daughters did indeed turn themselves into chess grandmasters. Susan, the oldest, would become the first woman to earn the grandmaster distinction by competing against men (chess was effectively a segregated sport when the Polgár daughters began). The other daughters — Sofia and Judit — would have even better careers. The entire family corroborated László's experiment: There was no chess gene, just an environment that developed chess expertise in the right way.

The Polgár's journey to greatness was a long series of intense practice sessions that reshaped their brains. Ericsson and Pool use the term “reshape the brain” in the literal sense: They found that the hours of deliberate practice that experts put in can change the shape and connectivity of brain matter. Experts violinists, for example, have more mass in the regions of the brain responsible for controlling the left hand.

As far as Ericsson and Pool can tell, deliberate practice is something anyone can do, which is an encouraging thought in a world where change is the norm. The challenge is applying the characteristics of deliberate practice — focused concentration, specificity, immediate feedback from an expert — to topics like leadership, innovation, or the development of character. Chess is a complicated game, but it has a defined set of rules that make giving feedback easier. The same is not true of the challenges that we face in the workplace.

Yet, performance in the workplace can be thought of as the product of a collection of skills: The ability to innovate is an example. The first step of any innovation process is experimentation, followed by seeking feedback on the experiment, then repetition through implementation. Thought of this way, each sub-step of innovation is its own skill. We can get better at experimentation and we can get better at taking feedback.