6 Ways The Military Can Overcome Its Fear Of Failure

If you fear spiders, your reaction to a spider in your house may not be proportionate to the threat. While... 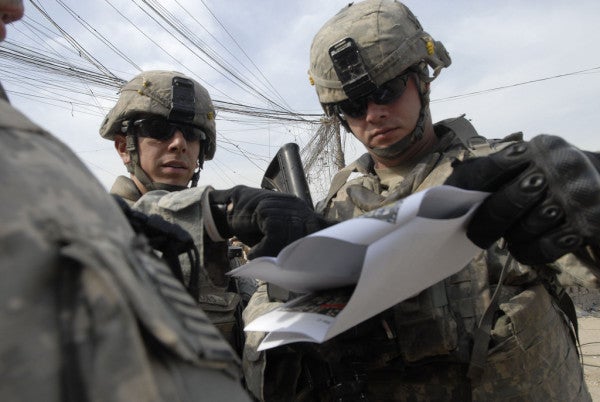 If you fear spiders, your reaction to a spider in your house may not be proportionate to the threat. While you may be tempted to burn the house down to kill a spider, the majority of spiders are not venomous to humans. Fear can paralyze your ability to react appropriately.

If there is one thing we fear most in the military: it is failure. Failure in war is unacceptable, for good reason. Failure in battle means that people died and the purpose for their sacrifice was not accomplished. An organization that fears failure is limited by what it believes it can accomplish, constrained by an unwillingness to confront challenges, and inhibited in its ability to adapt to complex dilemmas.

Okay, you’re thinking, “Except in Vietnam, Iraq, and probably Afghanistan next,” or you’re thinking, “We never lost a battle; Vietnam and Iraq were lost because .” These two viewpoints represent competing narratives on 50 years of U.S. military performance. As an organization, we tend to prefer the latter, because it rationalizes away failure by placing blame at the political level. But, if we deflect the blame, we fail to learn from our own mistakes.

In a speech to the American Legion in 2011, President Barack Obama stated that veterans of the Vietnam War “never lost a major battle.” However, battles such as Landing Zone Albany in 1965, saw over half a battalion of 7th Cavalry killed or wounded, with comparisons made to the defeat of Custer’s 7th Cavalry at Little Bighorn. In Vietnam, our counterinsurgency mission was to defend South Vietnam from the communists and develop South Vietnamese forces capable of defending themselves from North Vietnam. Within two years of our withdrawal, South Vietnam was overrun and the government fell. Luckily, we had withdrawn, and could claim we never failed.

In 2009, Obama announced that “the Americans who have served in Iraq completed every mission they were given.” Our counterinsurgency mission in Iraq was to protect the population, defeat the insurgency, and develop Iraqi forces capable of protecting the country. Today, a terrorist insurgency occupies Mosul and Ramadi, is slaughtering Iraqi civilians, and threatening Baghdad. But we declared success before withdrawal, so again we hadn’t failed.

The problem, as both cases highlight, is that if we don’t learn the hard lessons of defeat, we are likely to make the same mistakes again. After our strategic failure in Vietnam became clear, military leaders deflected blame and shifted focus back toward near-peer conflict against the Soviet Union. For decades, the lessons of a failed counterinsurgency were barely discussed in military education or doctrine. It took us over 30 years to begin to understand the military mistakes in Vietnam as we faced a similar dilemma in Iraq.

Just like the 1970s, the military is already shifting training focus away from lessons learned in counterinsurgency to focus on fighting hybrid war against Russia in the Caucasus. History may not be repeating itself, but it will rhyme if we let it.

As Afghanistan draws to a close, the U.S. military finds itself in another familiar cycle it went through at the end of the Cold war: a drawdown. In the 1990s, the drawdown encouraged a “zero defects mentality” and “risk avoidance.” When a negative evaluation can result in a leader being separated for the sake of the drawdown, it becomes imperative to avoid mistakes. This mentality reinforces the number one enemy of creativity: fear of failure. When a young lieutenant is afraid to take risks in a training environment, we sacrifice tactical innovation for repetition of the safer courses of action.

So, how do we change our mindset when it comes to failure?

1. Don’t be afraid of the hard lessons.

You are not defined in life by your failure, you are defined by how you react to failure. Our reaction to counterinsurgency failures has been to discount the strategy and attempt to avoid it in the future, rather than facing the hard lessons of this complex challenge. We will fight an insurgency again; we have the resources to be better prepared if we pay attention to our past failures.

2. Balance risk versus innovation and audacity.

Victory requires both innovation and audacity. Hitler forbade the future use of paratroopers after his were defeated at the Battle of Crete. The Allies, in defeating the Nazis airborne forces, recognized its value and began developing the forces that would jump into Normandy. Likewise, an amphibious landing with a 100-foot cliff was certainly a risky maneuver at Pointe du Hoc, but the audacity paid dividends.

One of the lessons Lt. Gen. Harold G. Moore derived from the Battle of Landing Zone X-Ray in the Ia Drang was “there is always one more thing you can do to influence any situation in your favor.” You don’t need to burn the house down to kill the spider, but you do need to take action. When the first action fails, learn from it, and figure out the “one more thing” you can do next; quickly.

It’s always more painful to read, or write, accounts of failure. Landing Zone Albany is less popular than Landing Zone X-Ray, but is perhaps the more important lesson from Ia Drang. The conclusions we draw from victory may be the wrong lessons to learn, reinforcing bad habits. The enemy will adapt to our victories and study both for our weaknesses. Studying victories and expecting the same outcome is just as insane as repeating mistakes and expecting a different one.

Build leaders willing to measure, prioritize, and take on the responsibility of risk. We can do this by rewarding young leaders who show initiative, take chances, fail, and learn from failure. Michael Jordan became the greatest basketball player to ever play the game, despite failing to make his high school team at his first tryouts. He learned from the experience, and the rest is history.

We can grow our brain’s ability to solve problems (and improve the adaptability of our collective organizations) by shifting our focus from event-based outcomes to a growth mindset where failure is seen as just the beginning in solving complex problems.

If we truly desire the ability to “win in a complex world,” we can’t afford the fear of failure or the luxury of shifting blame to others from enabling us to be a learning organization. Thomas Edison never failed in his attempt to create the lightbulb, he just found 10,000 ways didn’t work.