‘Anatomy Of Failure’: An Analysis Of Why America Keeps Losing Wars

In Anatomy of Failure: Why America Loses Every War It Starts, Harlan Ullman provides a fascinating blend of tactical analysis,... 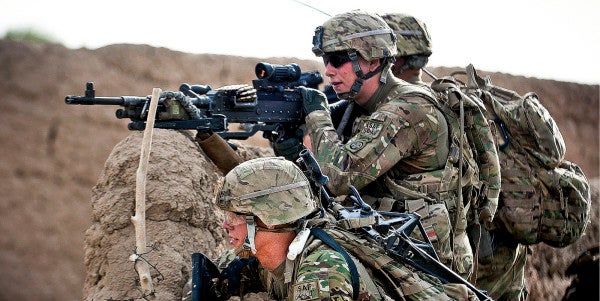 In Anatomy of Failure: Why America Loses Every War It Starts, Harlan Ullman provides a fascinating blend of tactical analysis, personal memoir, and strategic assessment covering the past six decades of the American experience at war. Drawing on his own experiences as a decorated Vietnam War swift boat commander as well as his lifetime of strategic study, he tries to answer a question that has plagued policy-makers across the political spectrum since the end of World War II: Why does the United States keep losing wars?

Ullman was one of the architects of the doctrine of “shock and awe” that was used effectively in the first Persian Gulf War, and in this new volume he advocates what he describes as the “brains based approach.” At the heart of his criticism of U.S. national policy is simple inexperience in the oval office, and the resultant inability of a series of presidents, Kennedy to Trump, to think in coherent strategic terms. Instead they have fallen victim to conflicting domestic political constraints, insufficiently informed advice, their own personal inclinations, and inadequate determination to act decisively.

While he certainly takes the “glass half empty” approach in examining all of the conflicts — and tends to skim over more successful outcomes in the Cold War or in places like Colombia and the Balkans — Ullman’s basic thesis is correct. We have become less successful over the past decades, beginning with the failures in Vietnam and continuing to the frustrations today in Iraq and Afghanistan. While it is too soon to predict the outcome of the latter two scenarios, it is obvious that our nation has paid too high a price in blood and treasure given the strategic value of either country, especially Afghanistan.

But nations are like people. That is, they can choose to learn from their mistakes and emerge stronger. The “brains-based approach” has three elements: First, it is relentlessly knowledge-based, which means bringing in the real experts and learning all that can be absorbed about a potential conflict zone. Second, it requires understanding that the 21st century is different, the Westphalian state system is weakening, transnational forces are at play, and we are on a much more complex chessboard than ever before. Third and finally, the “brains-based” approach focuses on the mind of the adversary, seeking to overcome the will of the adversary. Shot through the entire book is a commendable appreciation for learning the lessons of history.

None of this is fundamentally new or surprising. But what is surprising is that our national leadership, on both sides of the aisle, has failed to adopt a truly strategic approach post-World War II. The cover of the book features an evocative photograph of the helmet, rifle, and boots of a fallen U.S. trooper, probably in Afghanistan. It is a powerful symbol of the enormous cost of failure in the context of war. Hopefully, by writing such a challenging and “truth to power” book as Anatomy of Failure, Harlan Ullman will influence the way our national leaders approach the possibility of further armed conflict overseas.

Admiral James Stavridis (Ret.) was 16th Supreme Allied Commander of NATO and is now dean of The Fletcher School of Law and Diplomacy.