“One of the hardest parts was the aftermath, because everyone's so mentally and physically exhausted.” 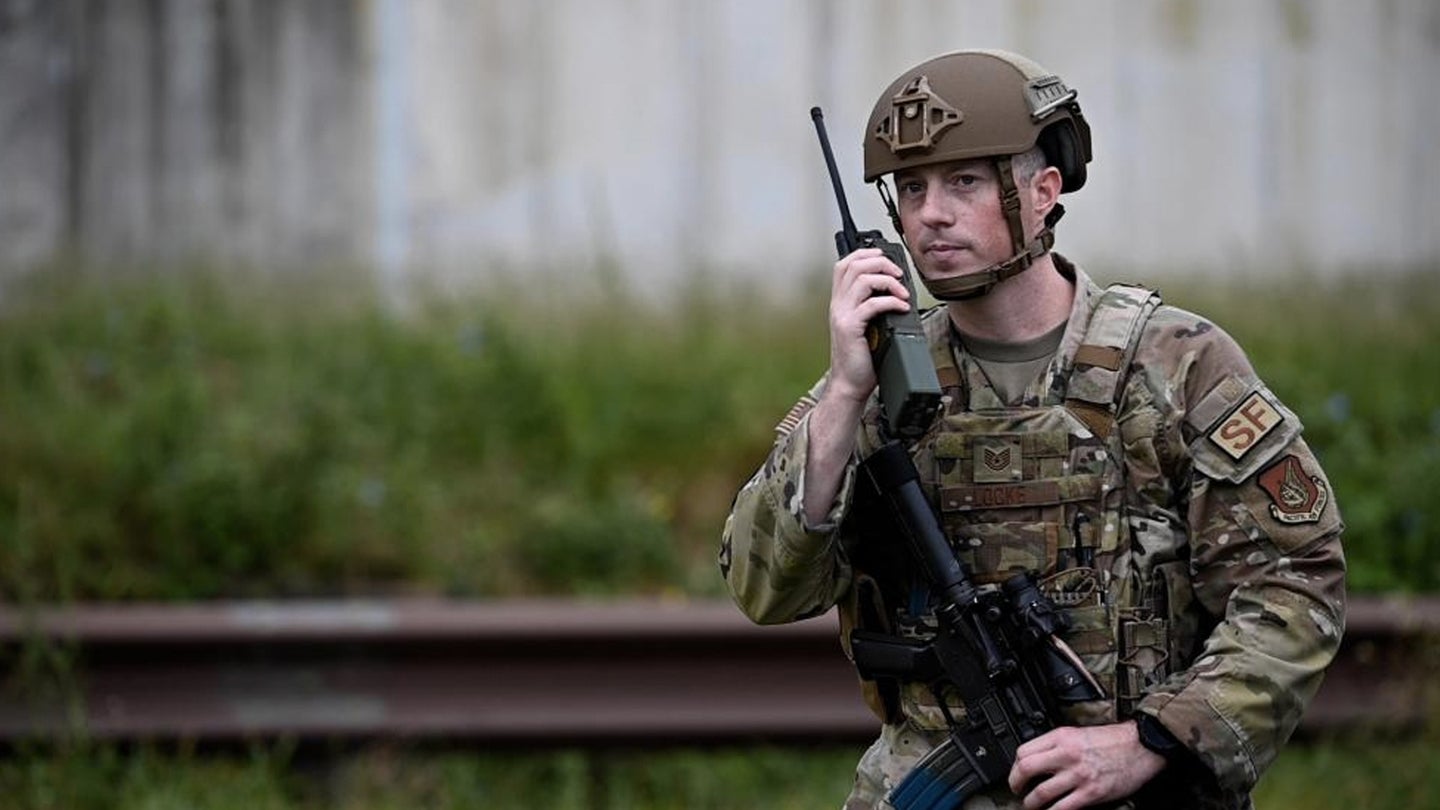 An airman who helped defend against a deadly attack on an air base in Kenya received the fourth-highest U.S. military decoration on Wednesday, marking the latest in a series of airmen to receive recognition for defending the base.

Though a press release about the event did not specify when the attack took place, it was likely on Jan. 5, 2020, when 30 members of Al-Shabaab, an East Africa-based insurgent group, attacked a U.S. and Kenyan base dubbed Cooperative Security Location Manda Bay, Kenya with rocket-propelled grenades, mortars, and small arms.

The attack began when Al-Shabaab fighters launched indirect fire at Camp Simba, a smaller U.S. facility within the base, while simultaneously starting a ground attack on the airfield about a mile south of Camp Simba, the Department of Defense wrote in an investigation of the attack.

Locke is a security forces airman, which means he and his colleagues were responsible for defending the base. Security forces are the Air Force equivalent of military police, and they also receive weapons and tactical training related to base defense.

The firefight went on for hours, until eventually the airmen, a small team of U.S. Marines, and Kenyan troops pushed the attackers back. The joint force killed at least six attackers, according to the Department of Defense investigation, but the fight came at great cost.  In the battle’s opening minutes, Army Spc. Henry Mayfield Jr. was killed, as well as American contractors Dustin Harrison and Bruce Triplett. The attackers also destroyed six U.S. aircraft, one Kenyan aircraft, and several vehicles, according to the Department of Defense. A Marine and a Kenyan military member were also wounded in the counterattack.

In the chaos, “Locke held his ground under enemy fire, holding overwatch security, allowing joint operators to continue the fight against the terrorist attackers,” the Air Force 51st Fighter Wing wrote in a press release. He continued to look out for his fellow airmen after the shooting stopped.

“One of the hardest parts was the aftermath, because everyone’s so mentally and physically exhausted,” said Locke, who is now assigned to Osan Air Base, South Korea. “There’s a huge difference between saying ‘Are you okay?’ and actually sitting down and having that conversation with them to make sure that they’re okay and to see if there’s anything that I can do on my end to help them.”

Locke is the latest in a series of airmen to be recognized for their efforts during the Manda Bay attack. In September, another security forces airman, Master Sgt. Mathue Snow, also received a Bronze Star for leading a response to the attack and exposing himself “to great danger” by leading multiple convoys between the base airfield and Camp Simba, according to his citation.

A third security forces airman, Master Sgt. Jeremy Mapolo, also received a Bronze Star with Valor in August for holding overwatch security during the firefight. And in 2021, a medic named Staff Sgt. Colleen Mitchell became one of 12 Outstanding Airmen of the Year for treating casualties in the wake of the surprise attack.

Though these airmen and their fellow service members put themselves in great danger to defend their base, the Pentagon found grave errors in the base’s defensive posture. Army Gen. Paul Funk II said in his executive summary of the investigation that “issues related to force protection, intelligence resourcing and structure, poor Security Forces preparation and training, and mission command all contributed to the outcome of the attack.”

The investigation blamed leaders who visited Manda Bay and tolerated the complacent security situation there. The local commanders were also blamed for not enforcing a sufficiently vigilant mindset at the base, especially considering Kenya is considered a Force Protection Condition level “C” country, which is the second-highest risk condition. For example, investigators noted that a fence around the airfield went uncompleted with no “field expedient” improvements; there was a lack of intelligence coordination to form a comprehensive threat picture; and there was inadequate command and control before and during the attack.

Despite this, the investigation found no evidence of criminal negligence or misconduct on the part of leaders on the ground. Still, Funk “concluded that certain senior officers above the O-5 level contributed to the inadequate force protection posture, and, to some extent, allowed a climate of complacency and a poor understanding of the threat.”

The grim picture Funk painted and the heroic stories described in Air Force awards citations are not necessarily in conflict, one Air Force official said.

“There were many people deserving of the highest honors related to their heroic actions during the attack on Cooperative Security Location Manda Bay, Kenya,” Rose Riley, deputy chief of media operations for the Air Force, told Task & Purpose in September when asked about Master Sgt. Snow’s Bronze Star.

Riley said that several decorations were put on hold “throughout the investigation and disciplinary process” which ultimately resulted in multiple Defense of Freedom Medals and Exceptional Service Awards going to others who played key roles in defending Manda Bay. Riley also pointed out that the Secretary of the Air Force designated a general officer to serve as a consolidated disposition authority for any disciplinary actions related to the attack.

The Associated Press reported in March that eight airmen, ranging from junior enlisted troops to officers below the rank of brigadier general, received administrative punishment following the two reviews of the attack. None of the service members were publicly identified.

No matter what happened among leaders at Manda Bay leading up to the attack, Locke was proud of the work he and his small team of airmen, also called a ‘flight,’ did under fire.

“I had a great flight. They were the ones that kept me moving forward,” he said. “My main priority was going home to my family, my wife and my two-year-old daughter and making sure my team got home safely.”