The small country in Southern Africa is in turmoil as the continent's last absolute monarch cracks down on pro-democracy protests. 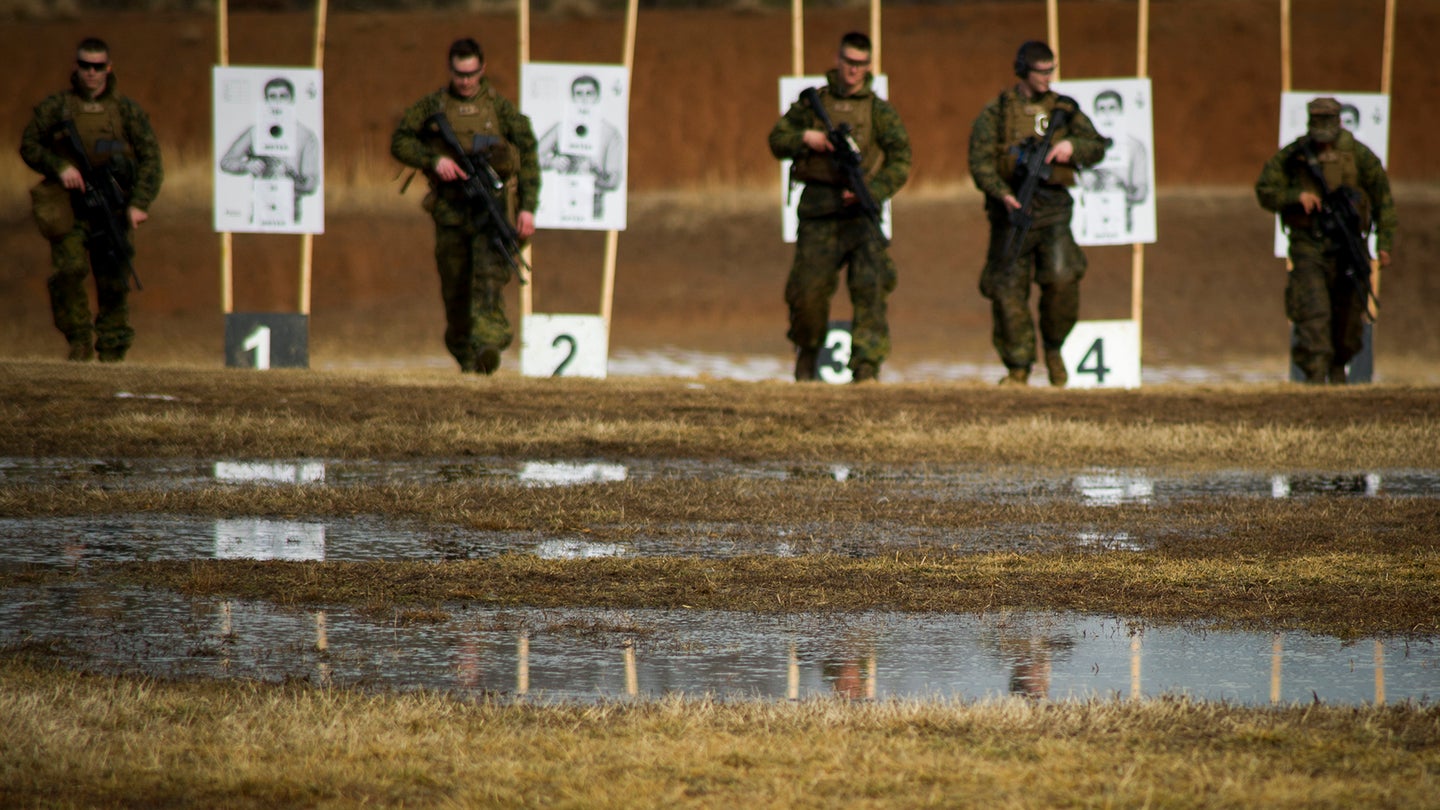 A team of 13 Marines were deployed from Quantico, Virginia, on June 30 to the U.S. Embassy in Eswatini as pro-democracy protests erupted in the streets of the small African country.

The Marines deployed as part of the Marine Security Augmentation Unit, according to a Marine Corps press release on Wednesday, which was created in the wake of the attack on the U.S. embassy in Benghazi in 2012 which left four Americans dead. The deployment to Eswatini is the unit’s 106th mission; past missions include a deployment to the Middle East on the first anniversary of the attack in Benghazi; then to Bangkok, Thailand, during political unrest in 2013-2014; and Paris, France in 2017 at the beginning of what was later known as the Yellow Vest Movement.

According to the Guardian, the unrest in Eswatini, a monarchy formerly known as Swaziland, began in May when a law student was murdered “in circumstances that suggested police involvement.” Those protests grew into “daily pro-democracy marches” in late June, the United Nations said in a release on Tuesday, with protestors calling for change to a system with an elected prime minister, according to the New York Times.

The monarch of Eswatini, King Mswati III, has indulged in “a lavish lifestyle of luxury cars and palaces” while more than half of the country’s citizens “are on the brink of hunger” and live in poverty, the Times reports. Protestors attempted to get petitions with their demands to members of Parliament, but the government put “a ban on the in-person delivery of petitions” and said they had to be sent by email, which fueled the protests even more.

Eswatini has since “descended into the most explosive civil unrest in its 53 years of independence,” according to the Times, which the Guardian says has led to a “more general breakdown in law and order.”

Officials say at least 27 people have been killed, according to the Guardian, though opposition leaders say the number is at least double that.

The UN said on Tuesday it was aware of allegations of “disproportionate and unnecessary use of force” by security forces in Eswatini, including allegations that police have fired live rounds at protestors.

The UN’s release on Tuesday also addressed reports of internet blackouts, which are believed to be a deliberate move by the government to suppress information, the Times reported.

Nkosinathi Zoro Kunene, a nurse at Hlathikhulu Government Hospital in Eswatini, told the Times that if the “regime does not accept that people want change, I think it’s high time that probably we as a country, we might get into civil war.”

The Marines who deployed on June 30 were sent overseas at the request of the State Department’s Diplomatic Security Service. Their mission is to bolster the security of U.S. diplomatic personnel, and protect national security information and equipment.

There are roughly 135 Marines assigned to security augmentation units in the Corps, according to Marine Corps Times. MASU Marines are trained in embassy security and have previously served as Marine Corps Security Guard. They typically deploy in small teams and receive specialized training.

According to the Marine Corps release, the security augmentation unit is “in a constant state of readiness to remain globally deployable on short notice.”