The Syria withdrawal and Pentagon spin: When ‘plan’ and ‘decisions’ don’t mean anything

The words "plan" and "decisions" allow defense officials to play all sorts of rhetorical games about the Syria withdrawal. 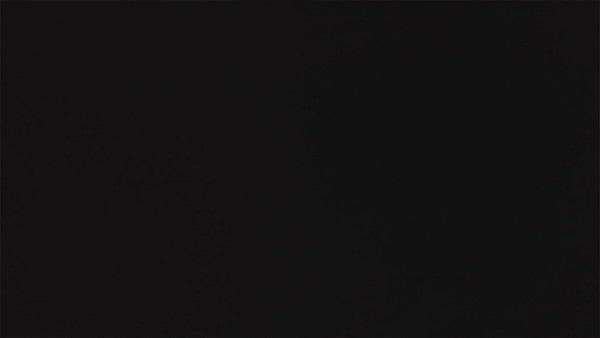 Should your friend and humble Pentagon correspondent live for another 50 years, you can expect to read a Pentagon Run-Down in 2069 about how many U.S. troops President George P. Bush III plans to leave in Syria. (Assuming, of course, that Joe Biden doesn't run in 2068.)

That's because current President Donald Trump had vowed to pull all U.S. troops from Syria back in December, but since then has agreed to leave some U.S. service members there. The White House initially said about 200 U.S. troops would remain in Syria, but government officials have since pegged the number at several hundred.

Now the Wall Street Journal is reporting that up to 1,000 U.S. troops could make up the residual force in Syria. The Pentagon pushed back on that story unusually hard, presumably because defense officials are terrified that Trump will think the military is trying to force him to commit more troops to Syria.

Well, your friend and humble narrator is not in the business of protecting the president from news that might upset him, so let's take a look at how DoD can parse words.

That sounds pretty definitive, but keep in mind that Dunford recently told the Senate Armed Services Committee that in general, the strategic situation in Afghanistan has not changed since last year and he is “cautiously optimistic” about U.S. negotiations with the Taliban. (Afghanistan's national security advisor is somewhat less optimistic.)

Regarding the figure of 1,000 troops cited by the Wall Street Journal, Dunford said, “There has been no change to the plan announced in February and we continue to implement the president's direction to draw down U.S. forces to a residual presence.”

The key word here is “plan.” If the plan has not yet been finalized, it is factually accurate to say that it has not been changed. In other words, nothing is official until everything has been finalized; and a U.S. official confirmed to Task & Purpose that the military has not made any concrete decisions about how many troops will remain in Syria.

To your aged Pentagon reporter, Dunford's choice of words sounds a lot like the how the Obama administration's responded when the Associated Press first reported in October 2011 that the White House had abandoned efforts to reach an agreement with the Iraqi government to keep U.S. troops there.

Both the White House and Pentagon denied the AP story, claiming that negotiations with the Iraqis were ongoing and no final decision on the U.S. troop presence had been reached. While technically correct, the Obama administration's responses hid the fact that the AP story was accurate. Less than a week later, Obama announced that all U.S. troops in Iraq would be home before the end of 2011. (Most transparent administration ever.)

The words “plan” and “planning” also allow government officials to play all sorts of rhetorical games. When President George W. Bush told a reporter in April 2002 that there were no plans to attack Iraq on his desk, he meant that the war plans being developed were literally not sitting on his desk at that particular moment, as author Bob Woodward noted in his 2004 book “Plan of Attack.”

Another word that gives the Pentagon and White House a lot of wiggle room is “decision.” Officials will often bat away questions by saying something to the effect of, “no decisions have been made.” What that really means is, “no announcements have been made.”

Two weeks before the Iraq war began, then-Defense Secretary Donald Rumsfeld told reporters that Bush had not yet decided whether to use force against Saddam Hussein.

“The president of the United States has not made a decision to do this,” Rumsfeld said at a March 5, 2003 Pentagon news briefing. “But I think it's fair to say that one would expect a great deal of planning and thought to be going into that.”

That same day, the Pentagon held a background briefing for reporters about how the military takes collateral damage when it selects which targets to strike – undercutting the argument that war was not a foregone conclusion at that point.

As your friend and humble narrator reads the Pentagon tea leaves, the size of the U.S. residual force in Syria could very well be bigger than what defense officials have said so far. The reason we don't know yet is the White House and Pentagon are very good at waging war on the English language. Officials use words that no longer have meaning.

Ultimately, the DoD's goal seems to be trying to avoid angering President Trump — since the U.S. military is one tweet away from a total withdrawal from Syria and Afghanistan.

SEE ALSO: Exclusive: The Insider Attack In Syria That The Pentagon Denies Ever Happened

WATCH NEXT: Russian Mercenaries Describe Their Defeat In Syria

Soldiers Pound ISIS Fighters In Syria From New Fire Base