The Department of Veterans Affairs is proposing spending $682 million more next fiscal year on mental health issues, and ramping up funding for suicide prevention efforts by one-third, as it faces Congressional scrutiny over a series of tragic incidents on VA premises over the past year 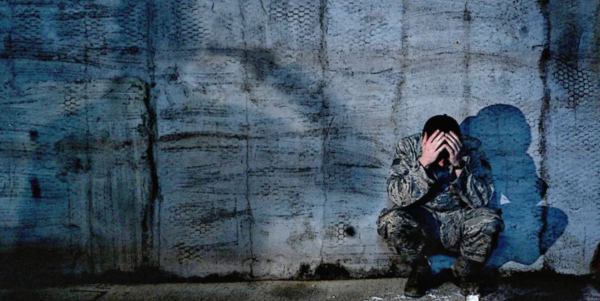 The Department of Veterans Affairs is proposing spending $682 million more next fiscal year on mental health issues, and ramping up funding for suicide prevention efforts by one-third, as it faces Congressional scrutiny over a series of tragic incidents on VA premises over the past year.

The VA's budget request for fiscal 2021, released Monday, totals $243.3 billion — a dramatic 10% increase from 2020. In addition to resourcing mental health and suicide prevention, it would nearly double the amount of funding for a joint VA-Defense Department effort to create a merged electronic health records system and provide a 9% increase to the budget for women's health care.

A series of highly public veteran suicides in VA parking lots over the last five years has left the VA scrambling for better prevention measures. In a recent report on one such death in 2018, the Inspector General found institutional failures led to mental health clinicians not being alerted to the patient's condition before his death.

It also gives $53.4 million to the president's interagency task force on veteran suicide prevention. The President's Roadmap to Empower Veterans and End a National Tragedy of Suicide, or “Prevents,” was created last year to address the veteran suicide rate, which averages 20 deaths each day.

“The Prevents Task Force will increase the government's return on investment by leveraging partnerships with private and community organizations to amplify messages and activities,” VA officials wrote in a budget overview brief. “Prevents will further expand its reach through planning and implementation grants executed by other participant federal agencies.”

Some $50 million of the proposed funding would go toward implementing the task force's findings, which are expected by March 5, while about $3 million would go towards its administrative functions, a senior VA official said.

However, some Democratic lawmakers are criticizing the request, saying the VA is outsourcing critical care capabilities.

“Despite significant investments in mental health care for veterans — a top priority for the President, this Committee and VA — these funds direct resources outside VA into grant programs and the Prevents Task Force instead of being used to explicitly support veterans in crisis at VA,” Rep. Mark Takano, D-California, said in a statement Monday.

“When you consider the Trump budget in its totality, it is a cruel document that cuts housing, food security, and key assistance that millions of veterans depend on,” Takano said.

Another point of contention with Congress is the electronic health records system (EHR). Designed to combine a variety of health records programs across the VA while also giving the Pentagon a way to transfer in its health records, the roll out has been delayed several times.

The VA's proposed budget would give the EHR effort $2.6 billion – nearly doubling the amount from FY 2020.

A senior VA official said this $1.2 billion increase is “basically a transition budget” as the VA plans to expand the system in about 15 sites in 2021.

These increased funds would go towards building the IT infrastructure needed at some facilities and managing its rollout, among other things like maintenance, testing, deployment and operation, the budget brief said.

With the population of female veterans increasing by about 120,000 from 2014 to 2019, women are considered the VA's fastest-growing cohort. That means the VA needs to expand some women-specific services to meet growing demand, such as access to gynecologists. The 9% increase would let the VA provide more of those primary care services for women.

Details were thin on where the added funding would be spent, prompting criticism from one prominent veterans' group.

“We applaud this administration's focus on veterans and addressing the community's unique needs,” Jeremy Butler, CEO of Iraq and Afghanistan Veterans of America, said in a news release. “However, much is still unclear on how and where these funds would be allocated.”