'John Wick: Chapter 3 – Parabellum' only came out on May 17, but the titular hitman is already gearing up to once again lay siege to theaters in 2021 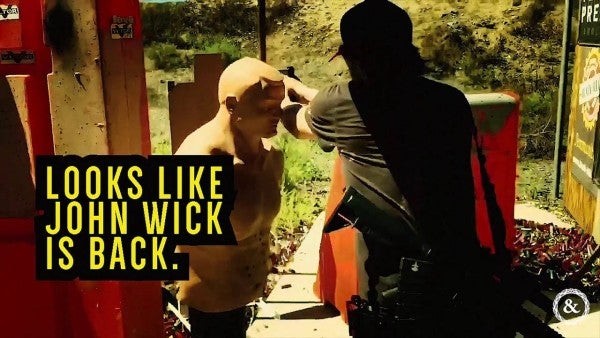 John Wick: Chapter 3 – Parabellum only came out on May 17, but the titular hitman is already gearing up to lay siege to theaters in 2021.

On Monday, Lionsgate announced to fans in a cryptic text message that, “You have served. You will be of service. John Wick: Chapter 4 is coming – May 21, 2021,” according to Polygon.

In 2014, John Wick blasted his way through scores of well-dressed hitmen and into our hearts with the first installment in the blockbuster franchise starring Keanu Reeves as the assassin all other assassins fear. Wick kept on blasting with John Wick: Chapter 2 and John Wick: Chapter 3 – Parabellum, and with the announcement of John Wick Chapter 4, it doesn't look like he'll be stopping anytime soon.

Directed by Chad Stahelski, Parabellum picks up where Chapter 2 left off with our once-retired hitman on the run after violating one of the sacred rules of the underground world of super assassins: killing a man on the grounds of the Continental, the vast network of swanky high-priced hotels that double as safe harbors for hired guns. With a $14 million bounty on his head, Wick is forced out into the cold and must run for his life or fight if he's to survive. You know which one he chooses.

In Parabellum, Reeves is joined on screen by Halle Berry, Laurence Fishburne, Mark Dacascos, Asia Kate Dillon, Ian McShane and Lance Reddick, and while we can't say for certain what Chapter 4 will entail, it's likely to follow the events of the most recent film — events we won't be spoiling here.

The John Wick series is as much a story of revenge as it is a testament to a man's grief over the loss of his wife, the death of his dog, and the destruction of his home. It's also the heartwarming tale of a man's love for his suits and his firearms, as well his soft spot for weapons of opportunity. (See: “He killed three men with a fucking pencil.”)

As films, John Wick 1, 2, 3 (and in all likelihood, Chapter 4)are blood-spattered love notes to hyper stylized violence. Every fight scene is a highly choreographed performance and behind the scenes training videos of Reeves and the rest of the John Wick cast have become a cottage industry for tactical bloggers — they're just that fun to watch.

And the hard work shows on screen: Each combat sequence plays out like a ballet, but with Glocks and bullet proof bespoke suits instead of tutus and tights. Here's to hoping that the upcoming installment continues that trend.