Open Thread: Are We In The ‘Golden Age’ Of Warfighting?

Welcome to Open Thread, a semi-regular forum for Task & Purpose readers to discuss (or fight about) whatever they want. ... 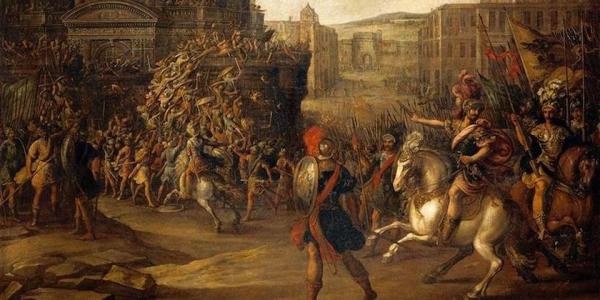 Welcome to Open Thread, a semi-regular forum for Task & Purpose readers to discuss (or fight about) whatever they want.

I spend a significant amount of time browsing the r/military community on Reddit after working with some of the moderators to get the word out about fundraising efforts for Peter Wang, the JROTC cadet killed in the Parkland High School shooting earlier this year, and I recently came across an interesting question posed by a British Army soldier: are we in the “Golden Age of soldiering”?

Here's the full question, emphasis ours:

I served in the British Army from 1992-2010. I graduated Sandhurst and spent 7 years on the Infantry before being selected for an SF unit. Over 18 years I graduated from a peace time army configured for a cold war threat to a busy, multinational entity fighting an asymmetric threat. I served alongside some of the most humble, courageous, intelligent and selfless humans on the planet. The army continues fine without me. But in discussion with former colleagues the other evening we reflected in our time and the experiences of others going forwards. I believe that we served in the Golden Age of war fighting. It was personal, complex and challenging. But still a very human enterprise. As technology takes hold perhaps these experiences will fall away? I feel privileged to have served in these conditions. I think it was the last protracted period where the humanity of a soldier was at the heart of success or failure. Am I wrong?

It's an interesting question that only prompted a few responses in r/military. Here's one response:

Perhaps Scipio's men when facing Carthegian war elephants believed that they were in the golden age of warfare, that their courage, discipline, and valor in combat could never be topped. The men facing the horrors of chemical warfare in WW1 may have felt the same.

War is always changing, and your career that saw the military change as it did to new threats and challenges is a testament to that fact. The day may come when war is reduced to little more than a computer game, but that day is a long way off. There will be plenty of heroes before the final chapter of human history.

And part of another:

As technology grows, I think, the big thing is that the raw number of troops in contact is dropping regularly. Corps became Divisions, Divisions became Brigades, Battalions regularly parcel themselves into lone companies and even lone platoons. Modern geopolitics and the threat of the almighty atom makes it seem like your golden age is never going to end: small unit conflicts are happening /everywhere/ right now, and from the jungles and deserts of Africa to the streets of Syria to the fields of the Donbass it's all about a handful of guys fighting a handful of guys – because anything more is going to end with the hammer or the atom.

What's your take? We'd love to hear your thoughts in the comments below. Or don't! It's your weekend.