Need to storm a nuclear alert facility? This is the team you need. 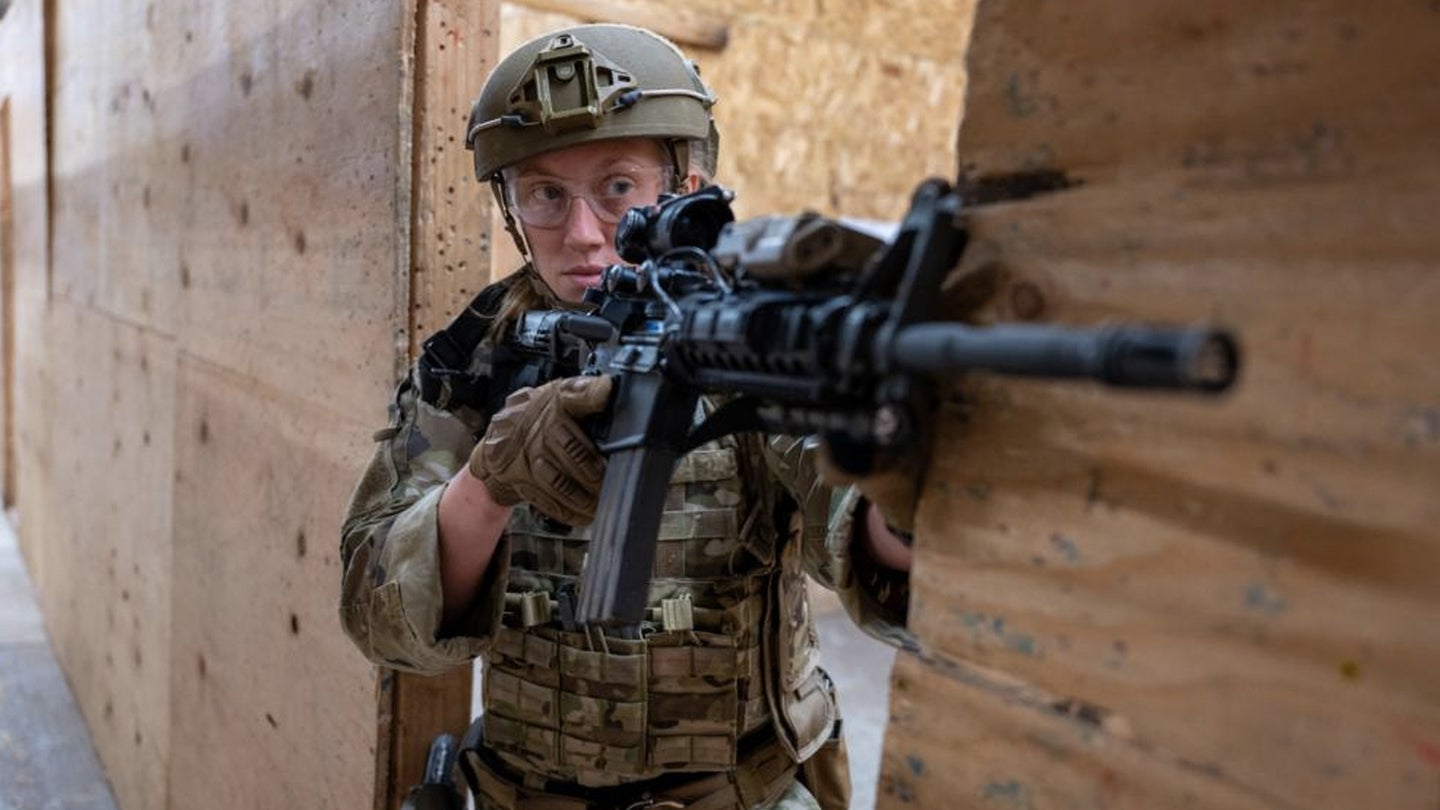 Every second of every minute of every day, American men and women sit in underground nuclear missile bunkers scattered across some of the most remote parts of the country, waiting for the order to launch intercontinental ballistic missiles toward America’s enemies should the need arise. But Air Force launch crews are not the only ones working around the clock: so too are the security forces airmen who protect the crews and missiles from attack.

At F.E. Warren Air Force Base, Wyoming, the 90th Security Forces Group is charged with protecting 15 missile alert facilities spread over 9,600 square miles spanning three states. The 90 SFG has to be ready for anything, so the group maintains round-the-clock quick-reaction forces who can hop in a helicopter, fly out to a missile alert facility, assault it, and secure it, just like a SWAT team for nuclear missile fields.

But what does it take to join such a group? The public affairs office for the 90th Missile Wing recently published a press release about one of the 890th Missile Security Operation Squadron TRF’s newest members: Staff Sgt. Kristen Witherspoon, and what she had to do to become the first woman in three years to join the force.

The process starts with a baseline evaluation where candidates must sprint 800 meters, drag a 150-pound mannequin 50 meters, perform five or more dead hang pull-ups, climb a 14-foot rope, ruck four miles and breach a pinned door. Oh, and they must accomplish all those tasks within 90 minutes while wearing full gear, a helmet, and body armor with Level IV plates, which are the highest level of protection.

The baseline is just that though, a baseline. After Witherspoon passed it, she went on to a four-week TRF orientation that tested her ability to lead, follow, communicate, take in new information, solve problems and gut it out through physically and mentally demanding situations.

Though the press release did not provide many specifics as to what kind of situations were involved, they were purportedly meant to “simulate high-risk tactical response scenarios and to ensure airmen can make good decisions while in high-risk situations.”

Passing the orientation course made Witherspoon an official member of the TRF, but before she can become an “active” member, she will have to attend an advanced gunfighter course and an advanced tactical course, which are meant to test the skills airmen learned in the orientation course, the press release said. After that, Witherspoon will undergo a duty position evaluation and “a TRF log run” to earn her talon number and finally become an active member.

The 90th Missile Wing Public Affairs shop explained that a log run involves a group of TRF airmen carrying a heavy log together for four miles and performing calisthenics with it. Once a prospective TRF airman passes the log run, they receive a ‘talon number,’ which is the sequential number indicating that the airman is part of a long line of TRF members who came before. Witherspoon was proud to have a chance to earn hers.

“It means a lot to me to be able to defend the mission here,” she said in the press release. “Now that I am a part of TRF, I will be able to physically defend the missiles with people I train with all the time, and that makes me proud.”

Witherspoon is the first woman in three years to make it onto the F.E. Warren TRF. Hopefully, she will be far from the last.

“After accomplishing this, I want to be able to motivate other females and make them want to give this a try too,” she said.